Microsoft and Gold took falls Tuesday on the heels of newly-released U.S. inflation data. As markets anticipate the conclusion of the Federal Open Market Committee’s meeting on Wednesday evening, traders may be wondering whether further dips are in store. 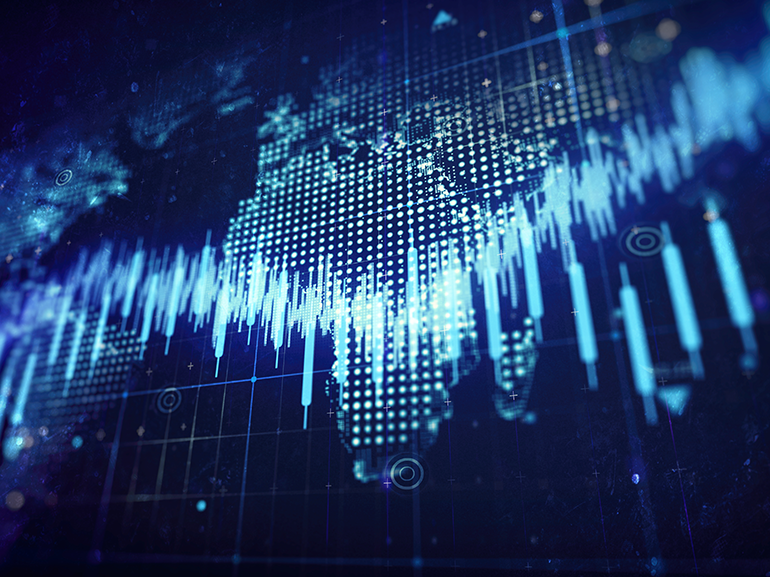 The United States’ Labor Department released data yesterday showing that prices paid to producers on the American marketplace had increased by nearly 10% from November 2020 to November 2021. The producer price index (PPI) rose by 0.8% from October to November, capping a total increase of 9.6% over the past year. (source: Bloomberg.com)

The producer price index, which measures the prices at which domestic producers sell their output, officially hit the dubious milestone of its sharpest rise in the index’s history. With this latest price jump even exceeding economists’ predictions, many analysts may be beginning to conclude that inflationary pressures on the U.S. economy are still far from their conclusion.

Data reflecting price changes on the consumer side, released last week, were not any more encouraging. American consumer inflation has officially reached a nearly-40-year peak, with prices rising nearly 7% over the past year. With consumers and producers alike struggling to grapple with macroeconomic challenges like a global supply chain deadlock, it’s no wonder market watchers may be looking to the future with apprehension.

Much rests on what the Federal Open Market Committee decides regarding interest rates Wednesday evening; anticipation regarding the ruling on monetary policy may have already begun affecting the markets.

Did Microsoft Break Its Winning Streak?

Microsoft (MSFT) lost over $80 billion in value yesterday, a surprising drop for a company that’s seen strong revenue growth figures since the beginning of the COVID-19 pandemic. Some analysts posit that Tuesday’s selloff was spurred by the latest data release reflecting yet another rise in prices.

Microsoft’s share value took a dip of 3.2% on Tuesday, its steepest one-day drop since September. However, the tech firm’s stock price has still risen by over 50% since the beginning of the year. Microsoft, along with a handful of other tech stocks such as Nvidia (NVDA), Apple (AAPL), and Alphabet (GOOG), have been behind the lion’s share of the S&P 500’s (ES) rise this year.

However, given that tech companies tend to be growth-focused, a rise in interest rates can take a good amount of shine from their prospects for investment. With the Fed seeming increasingly likely to raise interest rates in order to cool down price rises, Microsoft and other firms in the sector could be disproportionately affected. It is due to this factor that investors could be feeling antsy ahead of the FOMC decision, to be released Wednesday.

Microsoft’s long-term growth may be bolstered as the tech giant moves to develop the metaverse, and some market watchers have even predicted that the firm’s market capitalization could hit $3 trillion by next summer. However, currently, inflation figures could be deterring traders from buying into Microsoft stock, given that inflation takes a bite out of revenue projections and must be factored in. Despite positive prospects for the medium- to long-term, it might take some time for the tech giant to recover from Tuesday’s huge $80 billion drop in value.

Has Gold Lost Its Shine?

Gold (XAU) also declined on Tuesday, possibly due to fears surrounding the Fed’s upcoming interest rate decision. The yellow metal saw a drop of just under 0.9% on Tuesday, its quickest drop since November.

Gold, as well as other assets and Commodities that don’t bear interest, are especially affected by changes in the interest rate. The past four weeks have all seen drops in Gold’s value as markets continued to struggle with inflation in the lead up to the Fed’s interest rate decision.

Gold’s traditionally been seen as a safe haven for investors in times of inflation, and in the past, when the Federal Reserve has indicated that interest rates won’t be raised, Gold’s value has seen the benefits.  But now that monetary policy could be tightened in the near future, many analysts don’t see a rise in the lucre’s value in the cards.

U.S. markets are still struggling to cope as inflation hits record levels. Whether Gold’s and Microsoft’s drops on Tuesday are temporary or not could be revealed when the Fed announces its intentions regarding the taper of its bond-buying program later today.