Alibaba (BABA) rose on the Hong Kong Stock Exchange as high as 9.2% on Wednesday, extending October's gains to 23.6%. This rally renders the stock to be Hong Kong 50’s (HSI) best performer for the month. The stock has provided the highest returns after being the lagger earlier in the year through September. 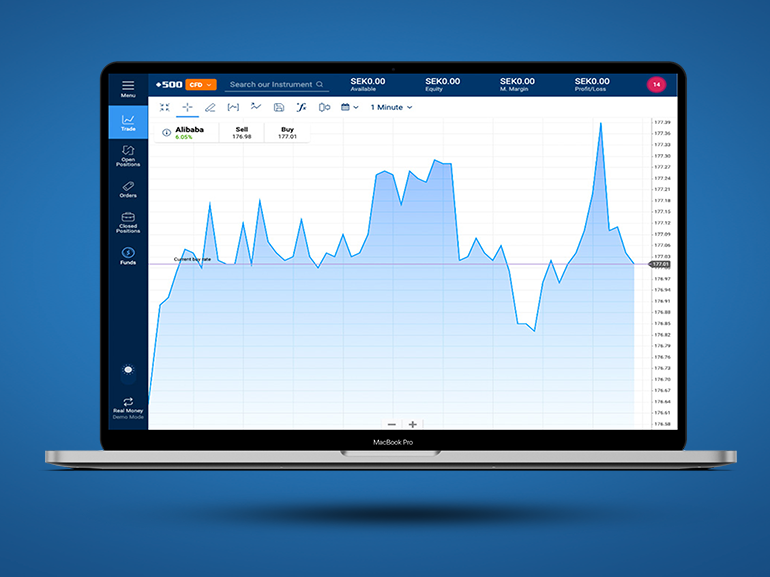 "Humans Have Hearts, While Machines Only Have Chips"

What is behind Alibaba's stock's extraordinary turn? These strong market moves may be a reaction to a couple of developments. On May fourth, 2018, Alibaba's founder Jack Ma stated that machines can not win against human beings, as "humans have hearts, while machines only have chips." That quote, in a different time and context may have taken on an ironic significance in yesterday's rally.

Two significant developments happened on Tuesday. The company's founder, Jack Ma, reportedly made his first major public appearance since he criticised the Chinese government. Also, Alibaba unveiled a new server chip, which is based on advanced 5-nanometer technology.

So, which of the themes is responsible for the strong demand for Alibaba's stock seen during Tuesday's trading? Was it Jack Ma's survival of what has been seen as the end of Jack Ma’s career, or was it this cutting edge server chip? Could it have been the human spirit's triumph over the system of an oppressive government, or was it a machine's chip, which is expected to help the same oppressive government's triumph over the democratic Western world? It's hard to say where one ends and the second starts in this story.

Battle of the Titans

This Alibaba chip is a significant jump for China in its technology race against the United States of America. China has been said to be on a path to overtake the U.S. for years. The dominance over technology may have been the true story behind former President Donald Trump's trade war with China.

China has a five-year plan to help its technology sector beat that of the United States. Experts have been warning that China could successfully overtake America's global leadership in this "superpower marathon."

The Asian challenger has already beaten the United States in the artificial intelligence sphere, according to Nicholas Chailllan, the Pentagon's former software chief. Chaillan resigned his post for this very reason. The U.S.'s technological transformation is too slow, urges Chaillan.

So, after cracking down on technology monopolies, China's next long-term move seems to support its private technology companies in the race against America leading the technology space.

A part of China's race to technological dominance is semiconductor self-sufficiency, especially during a global shortage, which has caused companies to depend on chips to slow down manufacturing.

Alibaba's in-house chip could help Beijing reach self-sufficiency in this central component for its bid as the world's technological leader. In this scenario, China may help Alibaba succeed to attain its own goals.

Alibaba Versus Amazon and Microsoft

Whatever China's aims are and the results in geopolitics, as of now, it appears that Jack Ma is back in favour and that the government has an interest in Alibaba's success. How will that success fare against American companies, the likes of Amazon and Microsoft? Who will win this technology race?