The market experienced a rollercoaster of highs and lows last week as factors ranging from inflation, rate hikes, and tax cuts acted as the possible culprits. From Indices to Forex and Stocks, here’s a look at last week’s multifaceted and diverse market movers. 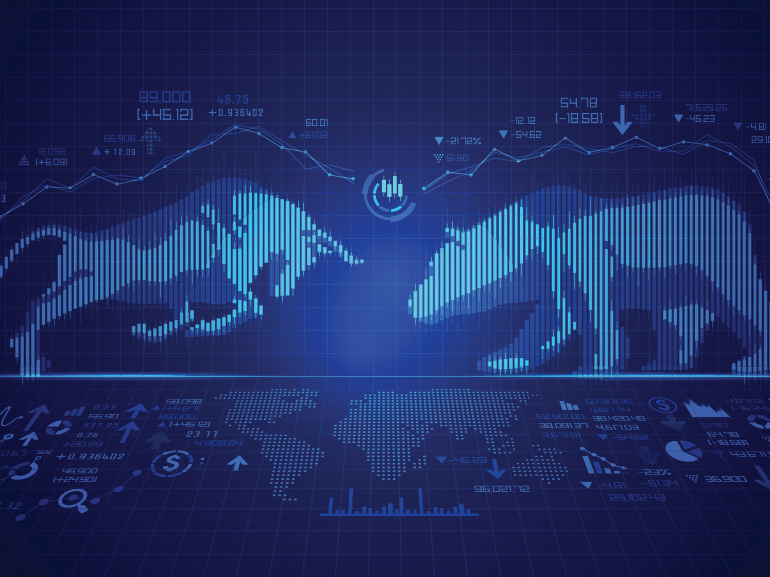 As central banks all over the globe continue the battle with inflation and a possible recession, last Wednesday, the US central banking system, the Federal Reserve rode the wave of aggressive rate hikes as it raised interest rates by 0.75% for the third time in a row. Even though most market watchers expected that rates would go up, this aggressive hike of 0.75% three consecutive times marks the first time since the late 1980s when the Federal Reserve explicitly targeted the federal funds rate as a monetary policy tool.

This episode in the saga of aggressive rate hikes took a toll on the market as indices like the Dow Jones Industrial Average (USA 30), the S&P 500 (USA 500), and the tech-heavy Nasdaq (US-TECH 100) slid by 1.9%, 2.5%, 3.1% consecutively from Wednesday till Friday. The Dow Jones even marked a dubious record on Friday as it closed below 30,000 for the first time since June 17, 2022, nearing a bearish territory. To highlight the direness of the situation, on Friday, out of the Dow Jones’ 30 constituents, only Home Depot (HD) and Johnson & Johnson (JNJ) weren’t in the red as they rose by 0.7% and 0.4% each. (Source:CNBC)

Facebook parent company Meta (META) was not spared either last week. The Silicon Valley company has been struggling to keep pace in the past year as higher interest rates coupled with the war in Ukraine and economic turmoil took a toll on tech companies in general, and on Meta, in particular.  This is because, in times of economic turmoil like the ones observed recently, investors and traders alike tend to shy away from tech stocks as they move towards safe-haven assets that are considered more ‘inflation proof.’ Accordingly, the social media company’s share dropped by a whopping 58% from January up till last Friday. Last summer, the company reported its first revenue drop, on top of that, its second-quarter revenues in July missed analysts' expectations, down by 1% to $28.82 billion from $29.1 billion a year earlier.

Last Friday was no exception as Meta continued slumping as it fell by 1.6%. As well as the aforementioned factors, Meta reportedly revealed that it would put workers on its "30-day list," in which employees have a month to find a new job within the organization or leave if their department is cut. This could explain the overarching downtrend experienced by what was once the 5th most valuable company in the US.

The pound has been falling recently due to economic uncertainties and a stronger US dollar. To top things off, investors seem to be turning their heads away from the Sterling as worries surrounding UK Prime Minister, Liz Truss’ “mini-budget” tax cuts arose. As taxes in the UK are being cut and household energy bills are being reduced as part of the government's budget update, many describe this move as "the biggest tax cut since 1972." Consequently, the pound hit a level unseen in more than 35 years as it sunk below US$1.09. Furthermore, adding salt to injury, according to Deutsche Bank’s head of foreign exchange, George Saravelos, the pound may be “in danger.” Accordingly, on Friday, the GBP/USD, one of the oldest and most traded Forex pairs, dropped by 3.4%. (Source:BBC)

Vix Volatility Index on the Rise

Nevertheless, last week wasn't as dreary for all market sectors. While a myriad of market sectors and indices fell, the Vix Volatility Index (VIX) rose. On Friday, the Vix, a real-time market index that is used to measure the market's expectation of volatility over the next 30 days, rose by 7.9% to reach 30, its highest level since June 21st  thus marking a three-month high.

This is because, investors tend to assume that volatility will be higher long-term due to increased economic uncertainty, higher inflation, and the fear of a recession, which results in the Vix rising.

As long as economic uncertainty looms, nothing can be certain in the market. It is still unknown whether the sectors mentioned above will recoup their losses or maintain their gains. Traders and investors alike will have to wait and see what next week will reveal.