As devastating economic turmoil engulfs the global economy, it's no surprise that some of Wall Street's major Indices have been hit hard. Whereas last week on Tuesday, some traders might have been optimistic due to an upward trend experienced that day by the S&P 500  (USA 500), the Dow Jones Industrial Average (USA 30), and the Nasdaq (US-Tech 100) as they rose 2.4%, 2.1%, 2.5% respectively. Unfortunately, this enthusiasm did not withstand the market’s volatility. Yesterday, the same major US Indices took a turn for the worse. What might be the factor behind this gloomy twist? 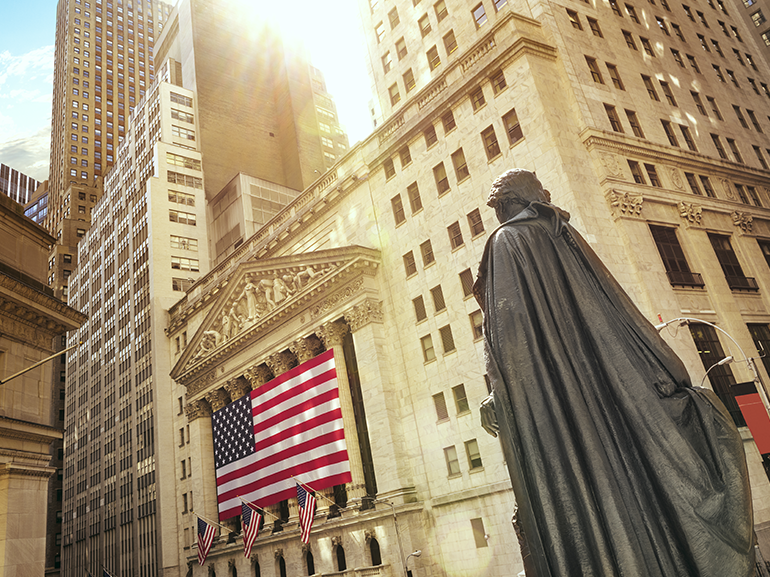 After last week’s abrupt gains and opening yesterday’s trading day in the green, US Indices slumped during the trading day. The tech-heavy Nasdaq slid by 3.08% while the S&P 500 lost 2.01% and the DJIA was down 1.56%. Though some optimistic market watchers and traders might’ve been surprised by this turn of events, many market analysts have pointed out that this bearish trend has been the norm for a few weeks now.

There Is No Escaping Inflation

As inflation continues to take a toll on the global economy in general, and the US economy in particular, analysts seem to believe that many investors might be underestimating the risk of a possible recession. In order to fight surging inflation and possible stagflation, central banks like the US Federal Reserve have had to take matters into their own hands and raise interest rates. On June 15th, the Fed Reserve announced that it would be raising interest rates to counteract inflation by 0.75%, which marks the highest rate in nearly 30 years.

So while optimism might have prevailed for a short period of time, the overall economic uncertainty accompanied by fears of a possible recession might have led to the fall in the value of the aforementioned Indices and their constituent stocks. This pessimistic approach was reflected in June’s Consumer Confidence Index  (CCI), which is administered by the Conference Board and gauges consumers’ approach toward the financial markets. Accordingly, the CCI erased 4.5 points from its 103.2 in May, thus reaching a 98.7 and hitting its lowest level since February 2021 and marking a 16-month low. One of the Conference Board’s chief executives even pointed out that while economic activity might still be positive, the overarching consumer sentiment and financial status might be pointing towards depreciation.

It might not come as a surprise that some of Wall Street's Indices’ constituent stocks also seem to be struggling to keep up with the volatility caused by the economic turmoil, the war in Ukraine, and inflation. Thus, some US  big tech stocks like NVIDIA (NVDA), Intel (INTC), and Microsoft (MSFT) lost 5.2%, 2.2%, and  3.2% respectively yesterday. These losses come at the backdrop of a general big tech slowdown and layoffs exacerbated by inflation and higher interest rates as investors tend to shy away from the tech sector in times of uncertainty and seek out refuge in safe haven assets like biotechnology, utility, and food companies.

What’s Next for the Market?

While the general outlook on the market seems to be gloomy and dreary as the war in Ukraine, economic uncertainty, and renewed COVID restrictions over some places in the world like China continue to penetrate the markets, some analysts believe that a recession might be on a way while others say that some Indices won’t be falling more sharply any time soon. Nonetheless, what the future really holds for the markets is still vague.