November was certainly another eventful month in the saga of the stock market as volatility across a myriad of market sectors materialized. From Cryptocurrencies to Commodities and Stocks to Forex this month has probably sparked many questions about the health of the economy, the geo-political tensions between Russia and Ukraine, and the COVID situation in the world’s second-largest economy. Here’s what you need to know about last month’s market movers and what these mean for this month: 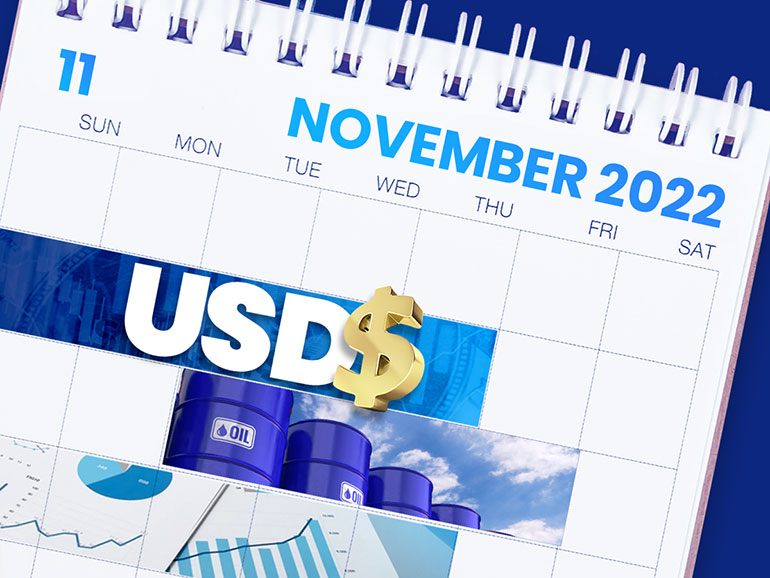 The Crypto market has indisputably suffered some notable hurdles over the past year and November was no exception. As almost every market sector struggled to keep pace with the rising inflation, the fears of a possible recession, and the ensuing rate hikes, many investors and traders alike seemed to have shied away from the Crypto market in favor of more safe-haven assets. This has caused a huge selloff of Cryptocurrencies over the year causing market analysts to refer to this downward spiral as the ‘Crypto winter.’

Nonetheless, despite this ongoing downward trend, November’s Crypto winter seems to have taken the market by surprise as one of the largest and biggest Crypto exchanges in the world, FTX, declared its bankruptcy on the 11th of November. The famous Crypto exchange collapsed in light of poor financial management and insufficient liquidation. It appears that the once-grandeur exchange owes over US$3 billion to its lenders and to make matters worse, a significant number of investors withdrew their money adding more to its financial crisis.

The situation has raised many concerns about the regulations surrounding Cryptocurrencies, their fidelity, and safety, hence causing the already-suffering Crypto sector to dwindle further due to regulatory scrutiny. Consequently, big banks like the Bank of America, and governmental bodies like Britain’s Treasury have called for an increase in legislation. The latter even decided to put a cap on foreign companies selling into the UK as Prime Minister, Richie Sunak, stressed the need for immediate regulatory action. The UK regulations also aim to scrutinize the UK’s Crypto companies.

Evidently, FTX’s fall from grace took the Crypto market by storm as major Cryptocurrencies from Bitcoin (BTCUSD) and Ethereum (ETHUSD) fell by 16.1% and 17.9% respectively from the beginning up till the end of November. This is perhaps due to fears surrounding the future of the Crypto industry mounting coupled with the worries of increased regulations by those who opposed them. With six days into December, these two Cryptocurrencies seem to be on a slightly upward trajectory as Bitcoin rose by 0.3% and Ethereum rose by 0.9% since the beginning of the month and as of the time of the writing. Whether this sector will be able to recoup the astounding losses incurred over the past year is a good question. (Source:The Guardian)

USD Fell: Did Inflation Calm Down a Tad?

Inflation has been a reigning factor throughout the year, consumer prices ascended, and recession apprehensions rose but November’s Forex market may have been indicating a much-needed cooldown. While in times of high inflation, the USD tends to strengthen, last month this major currency plunged dramatically following below-expected US CPI data. On November 10th, US CPI data, which is an index tracking the spending habits of households by gauging a collection of 8 types of goods and services was released. The CPI is also used as the main indicator of inflation and deflation. Accordingly, high CPI levels indicate a rise in prices and thus inflation.

Whereas in many of the latest CPI data results, inflationary heat rose, November’s CPI which reflects October’s economic health was lower than expected, thus suggesting that inflation may have been easing. This came as a welcomed surprise to many Wall Street investors and traders because it raised the possibility of the Federal Reserve taking down their interest rate hikes a notch. While that might have been good news to some market sectors, to the USD this meant a drop in value.

Subsequently, the USD slumped, which caused major Forex pairs that are traded against it to hike. The EUR/USD hiked above parity by 5.3% while the US Dollar Index (DX) which measures the US dollar's power against a basket of currencies fell by 4.9%. As of the time of the writing and since the 1st of December, the US Dollar Index still seems to be on the downslope as it fell by 0.6% while the EUR/USD is up by 0.3%. As the Fed’s next rate meeting on December 13-14 draws nearer, it would be worth it to keep track of their interest rate decision in order to see how the Forex market would react. (Source:Reuters)

Did Oil Lose Its Energy?

As the devastating war in Ukraine persists, the energy market continues to suffer. The war has ostensibly led to a seesaw in Oil (CL) prices over the past few months, especially in light of the sanctions imposed on Russian energy, which is the main source of energy in Europe. Moreover, the cold and gray European winter coupled with the fear of an energy crisis may have also contributed to this downward spiral.

However, last month another major factor came into play. While many countries in the world seem to have cooled off their COVID restrictions, China has increased them. Therefore, as China renewed lockdowns, the country’s demand for Oil lowered. In addition, G7 was contemplating putting a price cap on Russian energy in order to stunt Putin from funding the war in Ukraine. All of these factors combined have led Oil, a major energy commodity, to erase 9.1% of its value.

To top things off, yesterday, OPEC+ declared that it would maintain Oil production cuts while G7 approved the proposed Oil cap thus leading to another slight fall of 0.07% while it fell by 5% since the beginning of December up till now. Will this energy commodity regain its vigor anytime soon?

As it appears, November was not as dreary for all market sectors. Despite the rising inflation and high consumer prices, major retail companies seemed to be performing well. Retail giants Walmart (WMT) and Macy’s (M) respectively reported their quarterly earnings results on the 15th and 17th of November. Walmart surpassed market expectations causing its share price to rise by 3.2% since the earnings report up till the end of the month. Similarly, Macy’s rose by 3.6% by the end of November following its earnings report.

Following November’s Black Friday, Cyber Monday, and Thanksgiving, and as the Christmas season comes closer, one might expect sales to rise higher, but as the status surrounding inflation still seems opaque, whether the retail sector will rise further or not is yet to be decided. Regardless, as of the time of the writing, Walmart and Macy’s slumped by 1.2% and 2.1% respectively since December 1st.

To conclude, the market can ebb and flow and since past performance is not a guarantee of future results, whether December will prove to be different is yet to be seen. Nonetheless, traders, investors, and market watchers alike will have to keep an eye on the geopolitical situation around the world, the Fed’s upcoming rate decision, inflation, and retail sales over the upcoming holiday season in order to see how this month will play out.