Traders on the trading floors of Wall Street seemed to be radiating optimism on Tuesday, as they pushed three key New York Indices to gains by the ring of the closing bell. However, despite yesterday’s advances, some economic experts are still warning investors to beware of things to come. 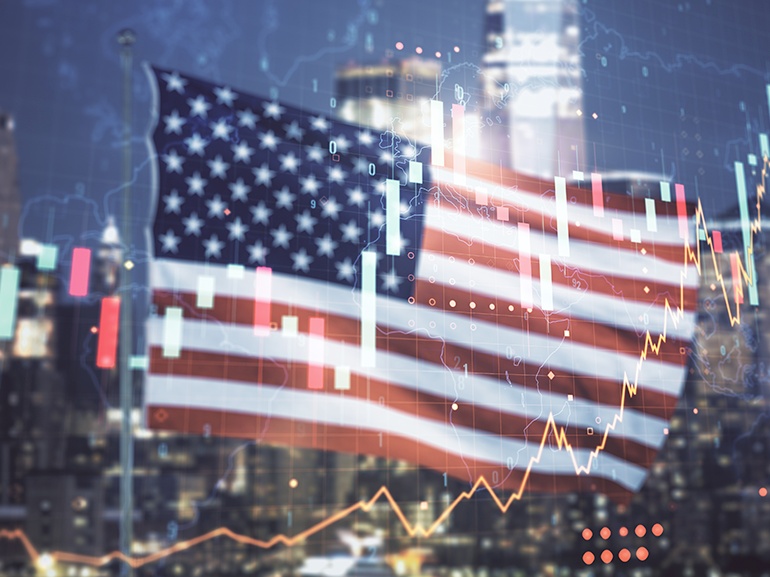 Following the long Juneteenth weekend, traders returned to Wall Street on Tuesday morning. Coming back from vacation, it may seem that these investors brought a bullish mood to the trading floor yesterday.

Following last week’s drops, three major Indices registered rises in value by the end of the day. Yesterday, the S&P 500 (USA 500) rose 2.4%, while the Dow Jones Industrial Average (USA 30) and the Nasdaq (US-Tech 100) marked 2.1% and 2.5% jumps, respectively. For the S&P 500, this marked a significant break from the trends of last week, the worst five-day period since the beginning of the coronavirus pandemic.

On the face of it, yesterday’s gains may provide a source of optimism in the atmosphere of volatility and aversion to risk that has reigned over Indices from Tokyo to Paris since the beginning of the year. However, with shifts in monetary policy and the conflict in Ukraine seemingly far from resolution, many experts are questioning the markets’ internal logic, saying traders haven’t priced in the risk of an economic downturn.

Recession on the Way?

Despite Tuesday’s turnaround, the position that yesterday’s climbs on the stock market are temporary seems to be the consensus among experts. According to many, investors are not accurately pricing in the risk of a broad-based recession as the Federal Open Market Committee embarks on the path of rapid interest rate hikes.

The most recent figures released by the U.S. government showed consumer price increases reaching an annualised rate of 8.6% last month, the highest inflation rate seen on American soil since the first Reagan administration. As Fed Chairman Jerome Powell leads the Federal Reserve’s fight to bring inflation closer to the ‘ideal’ rate of 2%, concerns are mounting that the American economy could be in for a ‘rough landing’ into a recessionary business climate.

The stock market, even after taking into account its travails so far in 2022, could have much further to fall. When analysing historical data, researchers have pointed to an observed trend by which the S&P 500 tends to lose nearly a third of its value during economic recessions. If predictions of such an economic atmosphere come to fruition, key N.Y.C. Indices would likely experience many more selloffs on the way down.

Analysts from Morgan Stanley (MS) have been predicting a deterioration in American conditions, and even Tesla (TSLA) founder Elon Musk joined the chorus in an interview on Tuesday. While many factors, such as supply chain issues and geopolitical instability, are beyond the control of U.S. policymakers, the continuing turn to the hawkish side of the monetary policy spectrum is still expected to have a large impact on Wall Street trends.

Despite the differences of opinion among experts as to how quickly the economic slowdown will arrive, and the extent to which it will lower share values, it seems clear to many that a halt to the post-COVID economic recovery is in store. Tuesday’s trading results may have provided a temporary reprieve from lacklustre growth throughout much of this year, but it could all too likely turn out to have been an Indian summer.