2022 so far has been a rough one for major New York Indices. With a confluence of several global trends coming to the fore and combining to create a relatively risk-averse market mood among investors, it may come as no surprise that some key Wall Street markets are struggling. One sector that has been especially acutely affected has been the tech industry. 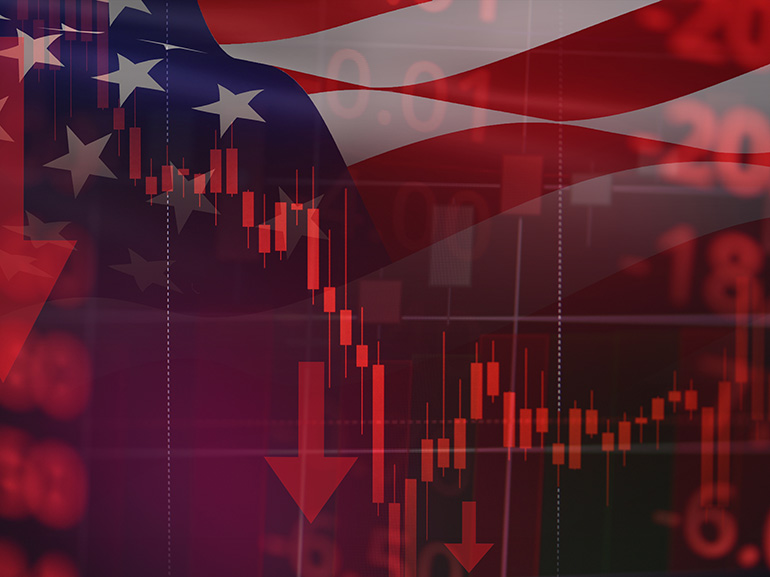 While the exact causes of these significant market retreats may be difficult to pinpoint exactly, market analysts have put forth a few hypotheses. The COVID-19 virus’ renewed spread in many areas of China has led the Communist Party to impose lockdowns on key economic centres, putting spokes in the wheel of global manufacturing supply chains. The conflict between Russia and Ukraine has led to a wave of economic divestment from the Russian Federation, as well as to steep rises in the prices of Oil (CL) and Natural Gas (NG) earlier in the year. Finally, inflation in the United States has reached levels unseen in over a generation, leading the Federal Reserve to impose its first interest rate hike since before the pandemic.

For the S&P 500 (USA 500) in particular, the first four months of 2022 have been the worst opening to a year since 1939, during the Great Depression. Traders seem to be responding to the general mood of uncertainty and fear prevailing in many spheres of life across the world at the moment, and could be choosing to shift assets from stocks to safe haven assets like Gold (XAU) and Silver (XAG).

However, despite the past few months being the worst comparable period for trading in over 80 years for the S&P 500, some market experts are positing that a turnaround could be in the cards soon. According to some, significant progress is being made on the supply chain front, which could lead to a smoother transfer of goods across the world. Additionally, if the Federal Open Market Committee’s hawkish turn succeeds in tamping down inflation, market sentiment could become more positive.

Amazon Has Worst Result in 15 Years

This somewhat rosier prediction for the short-term has so far not come to fruition for a few Big Tech firms. While 2022’s first earnings season has generally been positive, leaders in the tech industry have struggled to maintain investor confidence on the back of disappointing Q1 results, pulling major Indices as a whole down with them.

Amazon (AMZN) has been no exception to this sectoral trend. Last Thursday, this e-commerce pioneer made its first-quarter results public, and some traders were apparently left unenthused. In the first quarter, Amazon’s sales showed a year-over-year slowdown of 2% compared to Q4 2021’s results. Furthermore, the well-known supply chain issues facing many industries, as well as rising wages for company employees, put pressure on the firm’s bottom line and increased operating costs.

Traders on Friday moved to sell Amazon shares, pushing the company’s shares down by 14% for its worst trading results in 15 years. With a significant raise of U.S. interest rates potentially to come this week, Amazon, as well as other tech stocks like the S&P 500’s worst performer so far in 2022, Netflix (NFLX), could be hit with another sell-off as investors avoid tech and growth stocks.

All in all, 2022 so far has been less than positive for those who may have hoped for a stronger recovery from the COVID-19 pandemic era. With some of the biggest names in tech still struggling in the face of economic headwinds, it’s anyone’s guess how market trends will develop as the year continues.