One of the most avidly covered economic aftereffects of the continuing COVID-19 pandemic has been rising inflation across the majority of industrialised economies. With consumers feeling the pressure of price rises on their pockets from San Francisco to Sydney, several central banks may be looking to take a hawkish turn on monetary policy. Accordingly, global Forex markets could be in for a shake up in the near future. 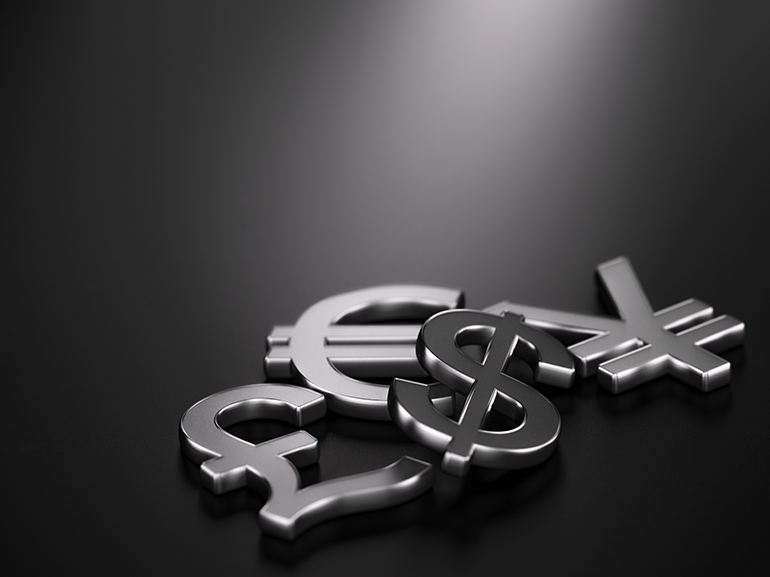 Over the course of April, the most recent month for which reliable inflation data is available, the average rise for consumer prices in Organisation for Economic Co-operation and Development countries, an international organisation of developed economies, topped 9%. When generally more volatile food and energy prices are removed from the equation, the average inflation rate observed among this group of developed countries was still 6.3%. While inflation varied widely among OECD countries, from a whopping 70% in Turkey to just 2.5% in Japan, last month’s data showed prices for consumers nearly without exception surpassing the ‘ideal rate’ of 2%.

A confluence of several factors could be the culprits for these widespread increases in prices. Oil (CL) prices have been on a rollercoaster for most of this year, influenced by the ongoing conflict between Russia and Ukraine stoking fears of supply disruptions from the resource-rich Russian Federation’s petrol pumps, as well as a swift drop in Chinese demand as coronavirus lockdowns stifled economic activity in several urban centres. Despite Oil’s price per barrel having fallen 3.9% below its March 8th peak of nearly $125 as of the time of writing, according to experts, the rise in cost of key Commodities is continuing to have an outsized effect on the highest recorded inflation rates observed in the European Union. This issue doesn’t seem to be moving toward a resolution any time soon, as European politicians decided last week to implement an embargo on 90% of Russian petroleum imports by the end of the year.

In addition to fossil fuels growing more expensive, the economic recovery from the coronavirus pandemic’s deepest doldrums has pushed demand up at a rate too fast for supply to compensate for many goods. Clearly, while policy responses have varied widely across different nations, the average citizen is seeing wage gains negatively mitigated by record inflation rates across developed economies.

The Federal Reserve, the United States’ central bank, has quickly hewed to a stricter monetary policy as inflation has risen to its highest levels since the early 1980’s. Following the Federal Open Market Committee’s (FOMC) early May meeting, Fed Chairman Jerome Powell announced that interest rates would be raised by 50 basis points for the first time in two decades. Furthermore, Powell indicated that similar moves are far from out of the question in the coming months. While many have expressed concern that a quick tightening of interest rates could lead to a recession, last week’s encouraging employment data may have allayed such fears enough that the FOMC will continue on its current course.

This coming week, similar turns to the hawkish side of the monetary policy spectrum are expected from central banks beyond American shores. Last week, the Bank of Canada moved to raise interest rates in an attempt to combat the country’s nearly 7% inflation rate, and Australia’s central bank is widely expected to follow suit when its decision is released tomorrow, June 7th.

In Frankfurt, the European Central Bank (ECB) is predicted to follow the U.S.’ lead on Thursday, following months of widespread speculation as to when the fight against inflation would begin in the EU. While most analysts do not expect an interest rate hike until at least July, many are expecting Thursday’s meeting to conclude with the announcement that bond purchases by the central bank will be coming to an end. With inflation in Germany, the Eurozone’s largest economy, having reached a post-reunification record, all eyes might be on Christine Lagarde, the ECB’s president, as investors attempt to discern how quickly, and by how much, European interest rates will be raised.

Forex Balance in for a Shift?

With monetary policy across some of the world’s largest economies in flux, it may come as no surprise that some see shifts in the Forex market afoot.

The United States Dollar Index (DX), which measures the greenback against ten other major global currencies, has risen by about 6.4% since the beginning of the year, perhaps due to the fact that an increase in interest rates generally strengthens the Dollar. However, despite a slight rally last Friday, so far today, as of the time of writing, this Index is down by just under 0.23%.

The USD/JPY Forex pair has been rising over the course of most recent trading sessions, posting a 1.5% increase so far in June. Given that Japanese inflation is the lowest among OECD countries, it may not be surprising that Bank of Japan Governor Haruhiko Kuroda recently indicated that Japan’s central bank is not likely to shift toward a more hawkish monetary policy over the near-term, as a comparatively weaker yen stimulates Japanese export growth. Accordingly, this increase in the value of the U.S. dollar against the yen may be expected to continue.

On the other edge of the Eurasian landmass, the near-term trajectory of the EUR/USD is as yet unclear. While this key Forex pair has increased by 1.8% over the past month, as of the time of writing, much rests on how hawkish Thursday’s post-meeting ECB statement is perceived to be. An indication that monetary tightening in the eurozone is in the cards could push the EUR/USD higher.

While the Federal Reserve was one of the first central banks to ascertain the need to act against rising inflation, other crucial policymaking bodies are now following the American lead. Whether the United States dollar stays strong against other global currencies depends, in great part, on how these other nations’ central banks act with regard to interest rates. So far, this picture is still materialising.