Wall Street Analysts estimate that five of the western world's biggest oil companies are about to publish in their quarterly results that they have raised the most cash since the Great Recession.

Analysts forecast that these major oil producers will show a combined free cash flow of $29 billion. This is the highest figure since 2008, before the stock market crashed on September 29th of that year. The economy at the time entered the worst recession since the Great Depression of the 1930s. The economic contraction was so severe economists coined that post-2008 crash period "The Great Recession”. The economy went through one of the worst declines in America’s history. Its official duration was between December 2007 and June 2009. 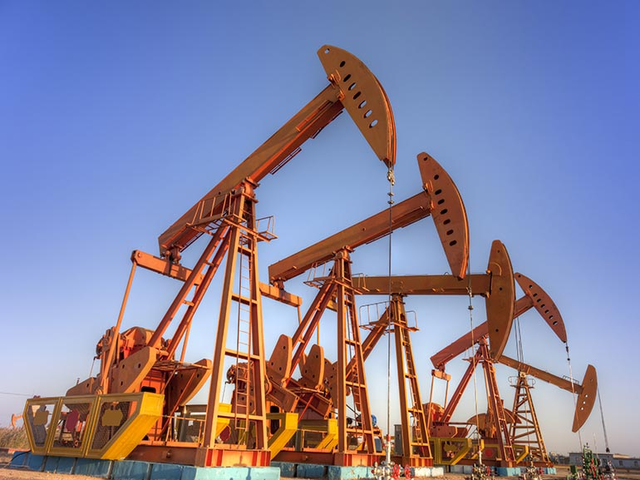 Royal Dutch Shell (RDSA-L) declined by more than 1% and fluctuated at the time of  writing. Investors sold off the Anglo-Dutch multinational oil and gas company shares after the energy behemoth’s profit rose less than anticipated. Shell posted gains to the tune of $4.13 billion, much lower than the $5.2 billion forecast.

Nevertheless, the Netherland-based oil firm not only had the highest cash flow in more than 13 years as predicted, but raised $16.03 billion, compared with $10.4 billion for the same quarter last year. That is the most positive cash flow in the company’s history. Analysts expect that the superior cash flow, combined with the activism, will likely support share prices.

The second major oil producer that released results on Thursday was Total (TTE.PA). It also fell by more than 1%, but pared the loss to about 0.25%, as of the time of writing. The decline occurred despite the fact that third-quarter profits rose more than anticipated. The phenomenon of a stock decline after positive earnings is often seen, as investors lock in profits when they bid up prices ahead of the release. The supermajor’s adjusted net income climbed to $4.77 billion for the quarter. That’s more than five times the increase since the $848 million for the corresponding quarter a year ago. Total’s Chief Executive Officer Patrick Pouyanne explained that “the global economic recovery, notably in Asia, drove all the energy prices sharply higher in the third quarter.” Pouyanne added that his company especially benefited from its wide market share in the liquefied natural gas market. The company forecast that gas prices will remain at elevated levels in Europe and Asia through next spring.

Exxon Mobil (XOM) is scheduled to report earnings on Friday, October 29th, before the U.S. market opens. The EPS estimate for the third quarter is $1.56 Earnings per Share and a $71.02 billion revenue. The company posted for the same quarter last year a $-0.18 EPS amid a $46.37 billion revenue.

Chevron Corp. (CVX) is slated to release its quarterly results on Friday, October 29th. According to Zack Investment Research, which is based on eight analysts’ predictions, the consensus forecast on earnings is $2.21 per share. The revenue is estimated to be $40.27 billion. Last year’s results for the same quarter were $0.11 EPS and $24.45 revenue.

BP (BP-L) will book-end this string of releases in the following week, due to publish its earnings report on November 2nd before the bell. The EPS forecast is $0.8859 and a $39.87 billion revenue.

Instead of spending their exceptionally high cash flow, the big oil companies reigned in the urge to invest in enormous projects, as they have done in previous boom cycles. Instead, executives reinforced their commitment to discipline. They preferred to pay debt and return cash to shareholders. The multi-year or even record cash  flow can also be a source for increased buybacks, generally increasing the value of the companies’ stocks.

Will Exxon Mobil and Chevron prove the cash flow estimates are correct on Friday’s , followed by BP’s earnings on Tuesday? Only time will tell.