Today, as many US citizens look forward to electing a political party that represents them in the United States Congress, market watchers, traders, and investors alike may also await the results with bated breath. This is because, while the elections directly affect the US region and shape the political sphere, they can also impact the financial market as a whole. Let's take a look at how various market sectors from Indices, to energy commodities and big tech stocks, might get affected by the US midterm elections. 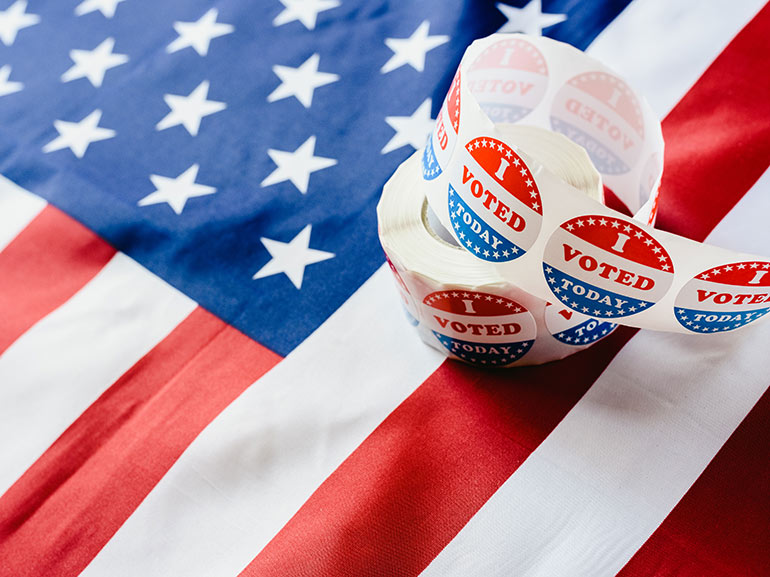 US Midterm Elections in a Nutshell

As the name entails, the US midterm elections take place in the middle of the American president's four-year term. During this time, Americans elect some members of the US Congress, which consists of two chambers, the House of Representatives and the Senate.  This year, the US elections come in the middle of President Joe Biden’s rule, whereby the Democrats currently hold the majority in the chamber.

However, according to analysts, the tide is turning, as Republicans are expected to take back control of the House. If indeed, a Republican takeover comes to fruition, many posit that it would majorly shift the economy and naturally go against the path adopted by Biden and his Democratic peers.

Elections’ Effect on the Market Throughout History

Despite 2022’s economic turmoil and uncertainty 2022, if history winds up repeating itself, the midterm elections may act as a relief for many traders and investors. Historically, according to Charles Schwab data, in the majority of the US midterm elections held since 1964, stocks rallied after the elections compared with the months that preceded them. Nonetheless, since the market is known for its volatility, the current election could take a different turn, especially in light of the fact that inflation and high rate hikes seem unlikely to abate soon.

Taxes and Inflation as Key Determinants

It is no secret that inflation has been a recurrent motif around the globe in the past year as the economy attempts to tackle the remnants of the COVID-19 pandemic, the ongoing war in Ukraine and the financial sanctions on Russia it brought with it, the rising recession fears, and high interest rates, especially in the US. Therefore, naturally, voters this year more than ever, seem to have inflation and the increasingly ailing economy on their minds when picking a Congress representative. This is part of the reason why investors and traders too may want to keep an eye out on the US elections since those elected could have a strong influence on US financial policies, which in turn tends to affect other markets around the world.

This could especially be important in light of the fact that if Democrats win control of the House, they are expected to raise taxes on high earners, corporations, or capital gains, while Republicans may likely not adopt this approach. (Source:Reuters)

With the ongoing war in Ukraine, since February, the energy sector has made numerous headlines.  One of the reasons behind this was the sanctions imposed on Russian energy, which is considered Europe’s largest energy supplier while others may have to do with rate hikes and rising inflation which also affected the prices of oil and other energy sources. Accordingly, as the cold winter looms larger, energy prices may be more volatile than ever.  This is where the US midterm elections come into play.

According to some market analysts, if the Republican party takes control of the Congress, they may end up encouraging an increase in oil, gas, and other energy commodities production. This, in turn, might end up strengthening key energy companies involved extraction, production, and exploration of energy, like ExxonMobil (XOM), for example. On the other hand, however, this might cause the prices of oil to dwindle.  Conversely, if the Democrats retain their control since they are usually known for having a more ‘eco-friendly’ approach to energy and have supported the limitation of carbon emissions in the past, then clean energy stocks like NextEra Energy (NEE), for instance, may get boosted. As of the time of the writing, and since the beginning of the year, ExxonMobil has climbed 79%  while NextEra Energy has slipped by  15.6%. Moreover, yesterday, ExxonMobil climbed by 1.1%  while NextEra Energy slid by 1.9%

Pharma Stocks to Get a Shot In the Arm?

Pharma and biotech stocks may favor a Republican victory. The reason for this is that Democrats recently passed a law aimed at lowering the cost of prescription drugs which, in turn, caused healthcare companies from the S&P 500 (USA 500) to slip by 7% in 2022+.

As COVID seemed to be diminishing in many parts of the world, the demand for booster shots and vaccines seemed to fall along, which in turn, caused many pharmaceutical stocks like Pfizer and Moderna to plummet, thus erasing almost most of their COVID-19 era’s gains. This only strengthens the effects of the US elections on the market, in general, and the biotech sector, in particular. As of the time of the writing and since the beginning of the year, Pfizer (PFE) and Moderna (MRNA) have respectively erased 16% and 30%. And as of yesterday, this fall continued with Pfizer losing 0.2%, while Moderna, on the other hand, appreciated by 3.5%.

What’s Next For Big Tech Stocks?

With the Fed and other central banks hiking rates at an exponentially high pace, many big tech companies have slid this year. This downfall could be traced back to the fact that investors and traders tend to shy away from tech-heavy stocks and opt for safe-haven assets that are considered more proof of inflation and high interest rates.

In spite of the fact that it remains unclear how big tech stocks will benefit from the elections, according to some market analysts, a Republican win would mean fewer legislations for these companies which could have positive outcomes on their shares.

Still, the effects of the elections on big tech stocks can already be seen, as yesterday, tech giants, Meta (META), Microsoft (MSFT), and the tech-heavy Nasdaq jumped by 6.3%, 2.9%, and 1.1% each.

The US elections go far beyond the US political realm. If the market’s history could teach us anything, is that while the markets may be volatile and unpredictable, the US elections and politics, in general, tend to have a substantial effect on the economy and the stock market. Nonetheless, whether or not these observations will prove to be true, is yet to be determined.