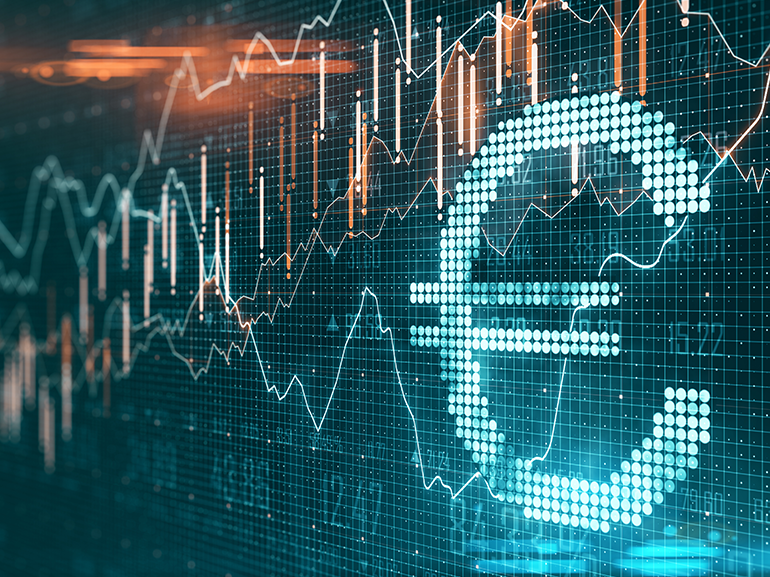 The ECB decides on short term interest rates. All things being equal, the interest rates of an economy can be a key factor in making up the value and exchange rate of a currency. Of course, there are other factors that impact a country’s currency, including political events, the environment, trade between countries and geopolitics. Therefore, when the president of the European central bank speaks, investors may wish to listen to what Lagarde will say. For example, investors may look for signals in the rhetoric of central banks, including Lagarde's comments about future monetary policy and interest rate changes.

Lagarde famously said “the lady isn’t tapering,” in a news conference after the central bank’s policy decision on September 9th. The language appeared to allude to England’s Prime Minister Margaret Thatcher, who declared in a speech to the conservative party conference in 1980 that “the lady is not for turning.” That was Thatcher’s response to pressure to reverse her economic policy.  What is ironic about this seeming comparison between Lagarde’s and Thatcher’s policies is that the former used this language to defend austerity measures during a recession, whereas Lagarde’s used the phrase to allay concerns of investors and consumers that her central bank may reduce unprecedented generous accommodation. In other words, the phrase has been used to defend two polar opposite policies.

What Did Lagarde Really Mean With the Famous Phrase?

Was Lagarde’s use of a famous phrase to insist on tightening policy a playful attempt to express the same resolve as Margaret Thatcher? Alternatively, could she have been sending a signal that, despite the overt message, fiscal tightening may come to Europe as well?

The Federal Reserve turned hawkish on August 27, indicating it could pare its bond-purchasing program already this year. The Bank of England may begin raising rates, also as early as this year, as inflation is expected to pass 4% and as well as to remain longer than what can be characterised as “transient,” which means it could have a lasting impact. Finally, at least five more central banks around the world may increase interest rates.  While Lagarde said “the lady is not tapering,” the ECB did, in fact, decide to trim emergency bond-buying in the next quarter. The first step, even if a small one, is to scale back emergency aid, which is what quantitative easing has been all along. That supported the euro area’s economy during the worst health crisis in 100 years.

Will Lagarde Line Up With Other Central Banks and the IMF?

Why would the ECB President remove stimulus, despite her coaxing message that she wouldn’t? Lagarde said on Friday that spiking costs of energy could remain even after disruptions in the logistics were over. COVID-19’s social restrictions caused the bottlenecking of goods. The reduction in supply drove prices higher. Central banks, led by Fed Chair Jerome Powell have been repeating for months the mantra that spiking inflation is only temporary, which is why they didn’t feel the need to tighten policy to manage rising prices.

However, now the head of the ECB conceded that inflation may endure, lining up with the International Monetary Fund’s (IMF) assessment months earlier. Will Lagarde also answer the IMF’s call for global banks to act by curbing their ultra-loose policies?

Will the ECB be left behind, trailing behind other central banks on monetary policy, or will it continue what was seen to be a hawkish signal, despite rhetoric promising it will remain steadfast to its stated dovish policy? After the ECB announced on Thursday, September 23rd that it will remove its emergency stimulus for next quarter, the euro rose for the first time in seven sessions. Natural Gas (NG), which shortage boosted prices, gained 5.75% in its first rally in seven sessions, just like the euro. The common currency gained over 0.40%, the single largest advance since August 13th. The Stoxx Europe 50 Index added 1.10%, extending a rally to the third day, for the first time since August 13, as well. How do investors expect the signal currency and the European index will respond to President Lagarde’s announcements this week?