The price of Gold (XAU) hit a four-month high yesterday. However, after the release of the Minutes from the Federal Reserve Board meeting in April, the price fell back down to near-high levels. The Fed meeting notes raised the possibility that economic growth might cause the government to buy fewer assets in the future. Lately, there have been several signs that the economy has been growing quickly, although Fed Chairman Jerome Powell has insisted that it was still too early to discuss tapering. 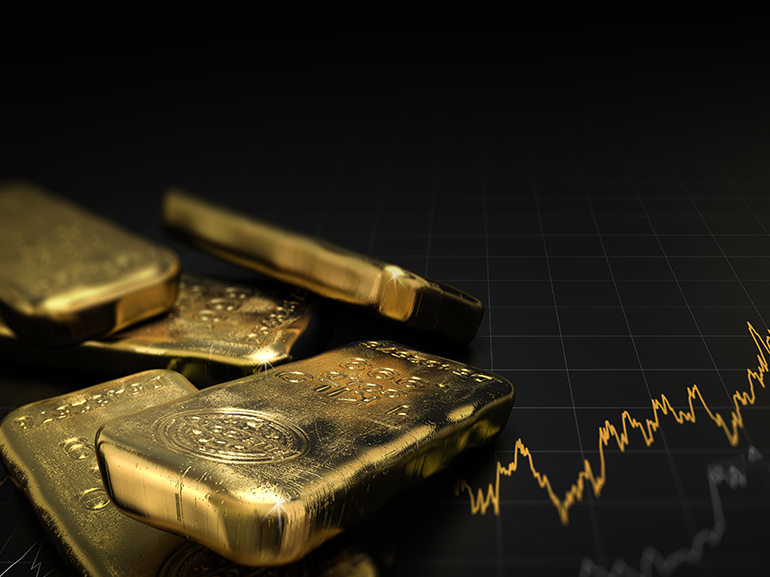 In Wednesday’s meeting notes, many Federal Reserve board members agreed it would be appropriate to discuss a timetable for scaling back on the purchase of government bonds, if there were to be continued progress towards meeting the Fed’s economic goals. These bond purchases, referred to as quantitative easing, are one method the Fed uses to help stimulate economic growth.

Still, the Fed went on to reiterate in the minutes that it would likely be some time before the country would be able to meet the central bank’s employment and price stability goals. Currently, the Fed projects that inflation could rise above the target 2% rate, but estimates that this will only be a temporary bump.

Gold is often seen as a way for investors to hedge against inflation. As the economy shows signs of heating up, rising inflation rates may push the commodity lower as investors look to assets with a higher yield. The latest consumer price index report showed that prices are indeed rising. However, optimism about economic growth was restrained by a negative Non-Farm Payroll report earlier this month which showed that the U.S. had only created about a quarter of the jobs that had been expected.

Gold wasn’t the only asset affected by the Fed minutes. News of possible tapering might have helped the Dollar and 10-year treasury yields climb higher yesterday. Additionally, the Dow (USA 30 - Wall Street), Nasdaq (US-TECH 100), and S&P 500 (USA 500) indices all entered into negative territory on Wednesday. This may be due in part to investors moving to the more conservative returns available from Treasury notes.

Gold is frequently viewed as a safe haven commodity. It remains to be seen how it will react to ongoing inflation concerns during a time of global uncertainty.