Whether on the news or on social media platforms, you've probably heard the word "metaverse" one way or another but did you ever stop to consider what it means?

In this article, we’ll delve into the fascinating and futuristic realm of the metaverse, and we’ll discuss how you can dip your toes in this burgeoning virtual world. 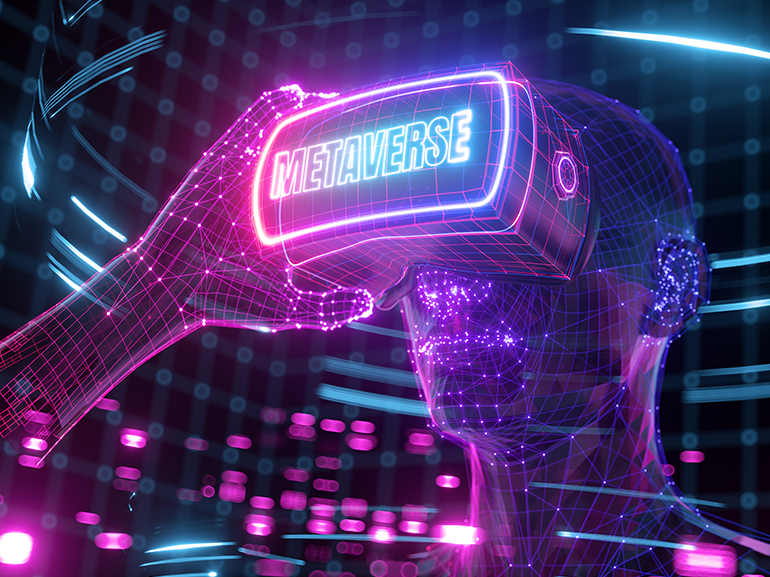 Broadly speaking, the metaverse is believed to be a hypothetical 3D iteration of what we know as the web. The name of this virtual realm combines the Greek word for “beyond,” which is “meta,” and the word “universe,” which means “all existing matters.” In other words, the metaverse is “beyond everything.” This meaning underpins this digital reality’s complexity and makes it even more intriguing and mesmerizing.

Nonetheless, one possible way to understand this nascent technology is by drawing parallels between it and the internet. Many believe that the metaverse builds on the web and some also consider it to be its multisensory successor and transcendent at the same time. By utilizing technologies such as virtual reality (VR), augmented reality (AR), artificial intelligence (AI), NFTs, social media, blockchain, online gaming, and cryptocurrencies, people can explore, socially interact through, and possibly “live in” the metaverse’s virtual world which mimics aspects of the real world.

It is no surprise that some of the biggest names in the tech industry have expressed interest in the metaverse. Microsoft’s co-founder, Bill Gates, stated in an interview that he believes that the metaverse will break through the business world, in that he claimed that in the upcoming years, he thinks that business meetings will be held virtually in a 3D space with virtual avatars.

Moreover, Facebook even went as far as rebranding itself as Meta in December of last year to reflect its interest in espousing the metaverse’s technology and integrating it into its own products. In Zuckerberg’s own words, he hoped that his Silicon Valley company would eventually be “seen as a metaverse company.” Facebook’s rebranding only goes to show the prowess of this emerging technology and the unprecedented effect it has.

But it doesn’t stop there. Another tech giant to have embraced the metaverse is Microsoft. In January 2022, it announced its intention to buy gaming mogul Activision Blizzard for $68.7 billion. The deal to purchase the publisher of the popular online game, Call of Duty, was recently approved by Activision Blizzard’s shareholders on April 28th. Many believe that by acquiring this company, Microsoft could expand its gaming business across mobile, PC, and console as well as cloud and even provide building blocks for the metaverse.

More recently, companies like Japanese electronics and entertainment conglomerate, Sony (SONY) have expressed interest in the metaverse. On May 18th, the Japanese entertainment mogul stated its intent to integrate the metaverse technology into its business as CEO Kenichiro Yoshida outlined the multifaceted nature of this technology in that it merges gaming, music, anime, and social networks at once. As such, there are reports indicating that Sony is becoming more involved in gaming by enabling cross-play on Fortnite and developing social multiplayer games. In January, for example, Sony announced that it intends to purchase American video game developer and online multiplayer game-maker “Bungie” for $3.6 billion.

Other tech behemoths that have hopped on the metaverse’s wagon were Alphabet (GOOG), NVIDIA (NVDA), and Intel (INTC), among other big players in the tech field.

The Metaverse and Trading

There are a plethora of methods available to help you gain exposure to the metaverse, and below we list some of them.

One way to potentially gain exposure to the world of the metaverse is through trading CFDs on the Metaverse Giants Index (BMTVGI). This rule-based index gauges the movements of US exchange-related stocks that have engaged one way or another in the metaverse’s developing realm. It tracks the stocks of metaverse-related companies like American fantasy sports contests company DraftKings (DKNG), and e-commerce giant eBay (EBAY). Other companies tracked on this index are Coinbase (COIN), Snap (SNAP), Roblox (RBLX) and Activision Blizzard (ATVI)  to name a few.

Alternatively, one can trade CFDs on the individual stocks of metaverse-related companies. To do so, To do so, you can look for the stocks of the companies that have integrated or created VR headsets, networking technology, 3D rendering, and more. For example, you can trade CFDs on such companies as Meta, NVIDIA, Apple (AAPL), and Microsoft (MSFT). Another way to gain exposure to the metaverse is through trading CFDs on the Roundhill Ball Metaverse ETF (METV), which is an ETF available on the Plus500 trading platform. This ETF CFD is involved in the metaverse as it invests in the stocks of computing, networking, VR, and hardware companies.

Others hypothesize that 3D worlds need digital currencies (that would rely on the blockchain) to fully become integrated into the metaverse.

What’s Next for the Metaverse?

The buzz made by the metaverse in the past couple of years is irrefutable. Nonetheless, much of what the future holds for what currently seems like the future’s future is still blurry. In the meanwhile, the odds seem to be in the metaverse's favor as many prominent companies keep integrating it into their own businesses and many analysts posit that this niche will continue to prosper in the upcoming years. Traders and metaverse fanatics alike might have to wait to see how this transpires.