On Sunday, U.S. Treasury Secretary Janet Yellen spoke out in favour of higher interest rates after returning from discussing supportive fiscal policies at Saturday’s G7 finance ministers’ meeting. Yellen noted that President Biden’s $4 trillion spending plan and any subsequent higher interest rate environment would be a plus, as both interest rates and inflation rates have been too low for almost a decade. The U.S. Dollar Index is nearly even at 90.17 this morning from Friday following Yellen’s statement. 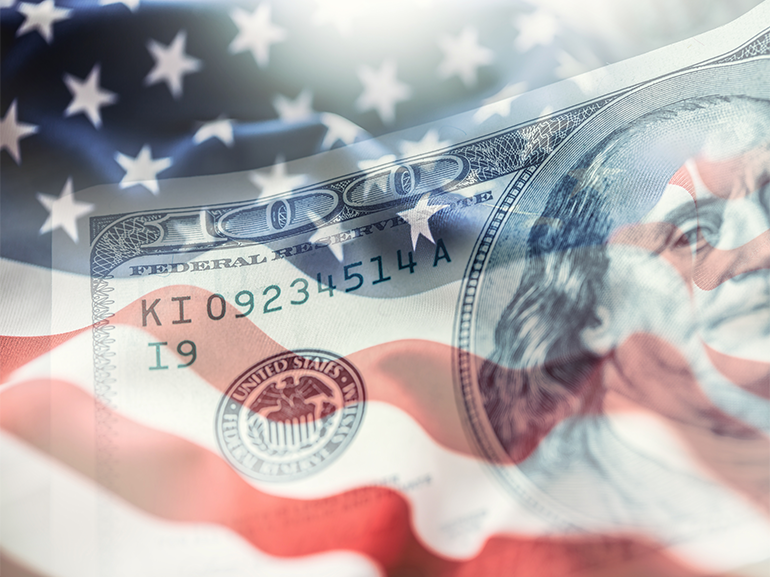 Yellen said that Biden’s proposed spending plan would total about $400 billion per year and would not be enough to create problematic levels of inflation. She also described the President’s financial packages as investments addressing the needs of the U.S. economy instead of as stimulus incentives.

Yellen’s statements come as the Consumer Price Index numbers for May are due to be published on Thursday. Her stance continues to fuel the argument between experts who view current price increases as transitory, and those concerned that adding trillions of government aid to the economy will cause a lasting price hike. Yellen’s opposition can already point to one measure of inflation, consumer prices, which has risen 4.2% between April 2020 and April 2021. This was the highest annualised inflation reading since a 4.9% increase in September 2008 and more than 16% higher than the 3.6% that had been expected for that annual time period.

As of now, Fed Chair Jerome Powell has committed to continued bond purchases until there’s been substantial progress on both inflation and unemployment. U.S. job growth was higher in May than in April according to Friday’s Non-farm Payroll report from the Labor Department. Although the number of new jobs failed to meet expectations, unemployment fell to 5.8%, which was less than the forecasted 5.9%.

Can Switzerland Compete After a Landmark G7 Tax Deal?

In addition to discussions on issues such as bond purchases and climate change, the G7 finance ministers’ meeting also ended with a historic deal on corporate global taxation.  The seven ministers from the U.S., U.K., Italy, Germany, France, Japan and Canada, who were meeting in person for the first time since the start of the COVID-19 pandemic, agreed to set taxation minimums at a rate of at least 15%. This was in order to reduce the incentive for multinational companies to shift profits to low-tax jurisdictions.

Switzerland, one of the main countries considered to be a low-tax haven for corporate investors, responded to the news by saying that it plans to remain business-friendly even after the tax deal is implemented. The USD/CHF rose to 0.89 on Monday morning.

As the U.S. begins to recover from the global pandemic, it is likely that negotiations will continue regarding when the government will stop providing economic support for the country’s economy. Meanwhile, the remaining G7 countries may also be discussing the role of bond purchases and interest rates when their leaders meet on June 11.