Much as with a variety of markets across different sectors, the sphere of Forex has been undergoing significant changes lately. The values of various nations’ currencies are often taken as a more or less accurate reflection of the state of their economies. With significant headwinds facing major industrialised economies, it may come as no surprise to the savvy trader that the U.S. dollar has been on the decline over the past few days. 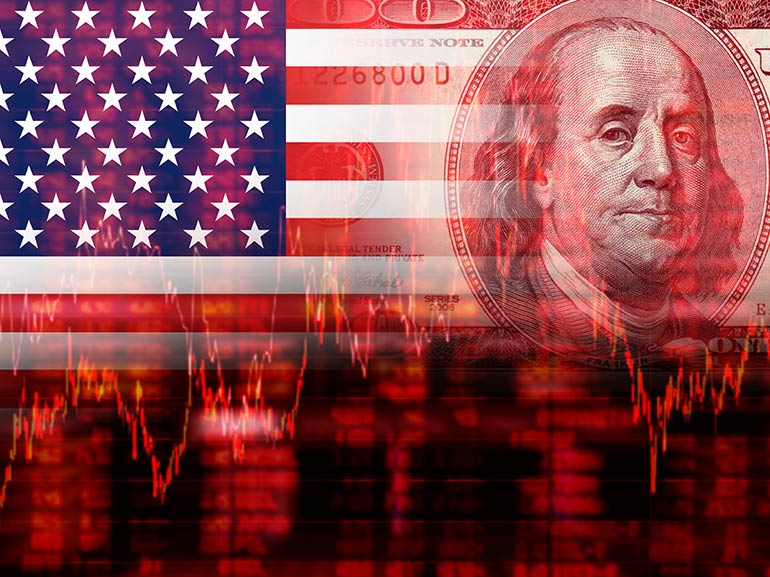 In general, currencies rise and fall according to their demand on the world market, much as with other equities. This demand for particular currencies is in turn greatly influenced by a given nation’s perceived economic stability. For nearly eight decades, the United States dollar has been buoyed by the tendency of central banks across the world to hold greenbacks in their reserve coffers, thereby increasing the legitimacy of their own national stores of value in the eyes of global Forex traders.

However, a few factors are known to have potential negative effects on a currency’s value. A prolonged period of low or nonexistent economic expansion, or high inflation, can make a certain country’s money less attractive.

With the highest inflation in two generations having captured the minds and pockets of average citizens across the United States, the Federal Reserve has had quite a task on its hands of bringing price increases down to the ‘desirable’ two to three percent year-over-year level. Central bank Chairman Jerome Powell has signalled following the past several summits of the Federal Open Market Committee that more drastic measures are in order so that the over eight percent annual inflation rate can be tamed, even at the cost of a general recession. This coming Wednesday’s FOMC minutes release could also shed some light on Powell’s next move. It is against this backdrop that the world’s most popular reserve currency has been experiencing turbulence in recent months.

Only a week and a half ago, amid more positive market sentiment given the likely forthcoming series of interest rate hikes, the U.S. Dollar Index (DX) exceeded a twenty-year high, reaching above $104.63 on May 15th. Traders may have come to the conclusion that if the Federal Reserve were to succeed in halting inflation, which hacks away at the Dollar’s purchasing power, the greenback could quickly regain former heights.

Despite this rally, some economic experts have been positing in recent days that the boost the USD got from the market's pricing in interest rate hikes has already dissipated. Instead, a return to more ‘normal’ behaviour is being witnessed, with the Dollar’s value as compared to other global currencies being heavily influenced by stock market fortunes as a whole. Several of the biggest names in the American tech sector have seen massive selloffs following disappointing quarterly earnings reports. Therefore, with some major New York City Indices like the S&P 500 (USA 500), Nasdaq (US-TECH 100), and Dow Jones Industrial Index (USA 30) having seen repeated losing streaks over the course of the opening months of 2022, traders could be turning away from the greenback. Over the past week, the Dollar Index (DX) has dropped by 1.5%, as of the time of writing.

Two major global currencies against which the Dollar had gained recently have seen turnarounds lately, further sharpening the USD’s decline. Economic woes in both the 19-country Eurozone and China had decreased their monetary attractiveness, but both the euro and yuan could be set to enter a winning streak.

China’s severe lockdown of several urban centres in response to spreading COVID-19 infections has made headlines across the world in recent weeks. However, signs of a loosening of strict stay-at-home orders have been emanating from coastal megapolis Shanghai over the past couple days, perhaps raising hopes that activity in the world’s second-largest economy could return to business-as-usual sooner rather than later.

Furthermore, the People’s Republic of China’s central bank seems to be breaking with its previously tight monetary policy, lowering interest rates last week in order to further stimulate growth in the pandemic-stricken economy. Traders could be taking these steps as encouraging signs with regard to the near-term trajectory of China’s economy, pushing the USD/CNH Forex pair down by nearly 1.9% over the past week as of the time of writing.

On the other side of the Eurasian landmass, the euro has been on the rise in recent trading sessions after hitting a low against the Dollar of 1.038 on May 12th, nearly reaching parity. However, the rapidly-materialising possibility of an interest rate hike from the European Central Bank may be increasing confidence among consumers that the European Union’s 7.4% inflation rate could be successfully tackled in the near future, as the EUR/USD is up 1.6% over the past seven days.

To sum up, it’s difficult to draw concrete conclusions from Forex pairs’ recent ups and downs with regard to what is to come. With so many factors affecting the relative weight of different national stores of value, whether the Dollar will continue its decline or climb back up is unclear at this point.