The United States’ latest Consumer Price Index data was released on Wednesday, January 12th. The Consumer Price Index (CPI) comprises the weighted average of a variety of goods and services used by the American consumer. Let’s take a look at how this important economic measure is calculated, why it’s significant, and what traders might expect after the Bureau of Labor Statistics (BLS) released yesterday’s record numbers. 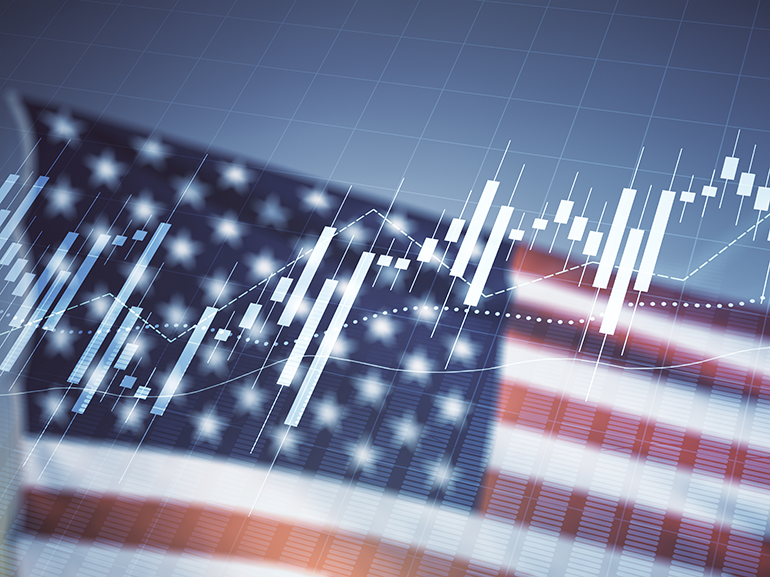 The CPI is the most widely used tool to measure inflation, or its inverse, deflation. This is achieved by calculating the upward or downward trend in market goods’ prices over time.

Indirectly, the CPI can also be used to estimate the relative purchasing power of the Dollar (DX), by seeing whether a given amount of money can buy the same amount of goods as it could in the previously-measured period. The Bureau of Labor Statistics checks the movements of prices of over 80,000 goods every month; when inflation rates are quoted in the media, it is important to understand whether the periods of comparison are months, quarters, or years, in order to accurately understand the time range of price increases.

Frequently-voiced criticisms of the Consumer Price Index’s usage as a key tool for measuring the economy’s health include that the CPI fails to account for the wide variance in Americans’ consumption patterns and that it may underestimate the inflation rate. Despite these drawbacks, it’s still the primary tool used by economists and policymakers alike to judge whether prices on the U.S. market are rising faster or slower than the ‘ideal’ two to three percent range. According to Wednesday’s numbers, as well as those released over the past year, the American economy has more than overshot the desired rate of price rises.

Although savvy market watchers may have seen the writing on the wall for some time, the revelation that inflation in the United States has topped 7% over the past year might have been shocking to many. Such figures have not been seen since the first Reagan administration, four decades ago.

Major contributors to this whopping inflation jump include rises in the price of food, used cars, and especially energy. While Oil (CL) and Natural Gas (NG) weighed less heavily on American wallets over the month of December, both these Commodities have still registered double-digit increases over the past year.

However, the price gauge that members of the Federal Open Market Committee pay most attention to, the Core Personal Consumption Expenditures Price Index, excludes food and energy cost increases as they are more volatile. This key measure also increased by 5.5% in 2021. Major figures at the United States’ central bank may be growing concerned, now they see that prices are rising in categories of goods not generally assumed to be directly affected by the COVID-19 pandemic, such as property rentals and recreation. (Source:nytimes)

This latest data release has many questioning whether the highest inflation rates of the 21st century can be reined in as quickly as hoped. Investors and monetary policymakers alike could be weighing their next steps as the economic effects of continual price increases are considered.

Concern about record inflation seems to extend beyond the ranks of the average American citizen. At his Senate reconfirmation hearing this week, Fed chief Jerome Powell made it clear to his questioners that the near-term course of monetary policy will be focused on keeping inflation from becoming endemic to the U.S. economy. While the Federal Reserve has only scheduled three interest rate hikes for 2022 thus far, some are predicting up to four such moves as the government struggles to get inflation under control.

President Joe Biden has also been feeling the burn of skyrocketing inflation; dissatisfying inflation numbers are increasing the roadblocks toward passing his administration’s landmark climate and social policy legislation. Some have attributed the CPI data to continuing supply chain issues, especially when it comes to motor vehicles still suffering from a shortage of chips, but other American legislators worry about the effects of intended government spending on the future trajectory of inflation. The government has moved to ease the pressure on American consumers, with decisions like releasing petroleum reserves to counteract OPEC+ supply cuts, but ultimately the effects of such steps may be limited.

What Do CPI Figures Mean For the Markets?

Tech shares, which are generally expected to show rises in times of low inflation due to their categorisation as ‘growth stocks’, led a recovery on the S&P 500 (USA 500) and Nasdaq (US-TECH 100) earlier this week. This came on the heels of the somewhat more moderate tone Powell took during his Senate remarks on Tuesday.

Some may be wondering whether this rally can be sustained in the face of steadily increasing inflation, but both the previously-mentioned Indices posted rises over the course of the trading day Wednesday following the CPI data release, of nearly 0.3% and 0.2% respectively. Despite the figures’ implications, traders may still feel reassured by Powell’s remarks that inflation is being taken seriously at the highest echelons of the Federal Reserve.

The Russell 2000 index (USA 2000), which tracks the performance of 2,000 small-cap stocks, has historically performed well in times of inflation, as they are considered more adaptable to changing market conditions. However, as of Thursday morning, this index was trading down by over 0.3%. The lackluster performance of firms usually expected to rise in inflationary times, as well as the continued strength of Indices in New York, may indicate market confidence that price pressures could be brought under control sooner rather than later.

The CPI data released on Wednesday may have revealed continued high inflation in the United States, but the markets thus far are not reacting as might have been expected. It remains to be seen whether this rally, bolstered by monetary tightening, will hold out or prove to be an economic Indian summer.