All three major U.S. indices recorded losses yesterday after the DOW and the Nasdaq had their best trading days since November on Monday. Profit-taking and fears of overvaluation may be responsible for the decline, in spite of shrinking Treasury yields. 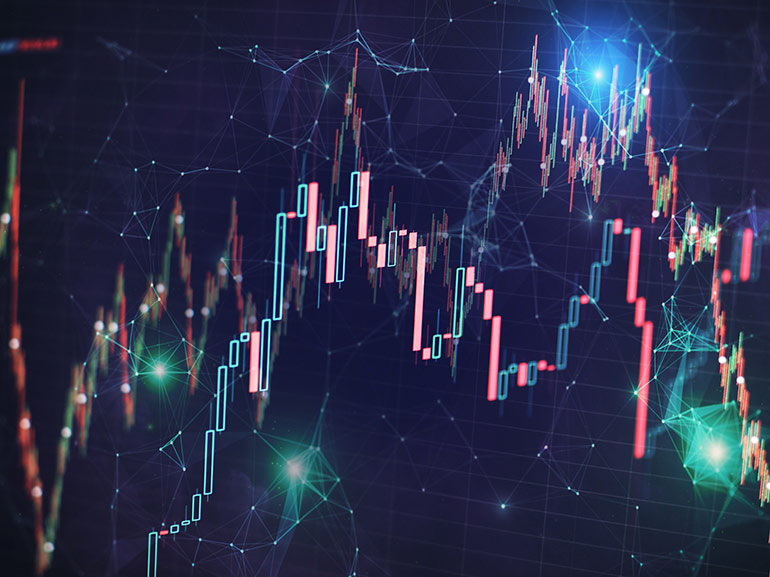 On Tuesday, Guo Shuqing, the chairman of China’s Banking and Insurance Regulatory Commission, expressed concerns that the global stock market’s upward trajectory could take a hit. The statement overshadowed news that Treasury yields had dropped from 1.6% last week to about 1.4% on Tuesday, which would often result in higher stock prices. Overvaluation has been an ongoing concern for banks such as Goldman Sachs, which have so far pointed to low interest rates to support continued optimism in the stock market.

Additionally, traders may be looking to cash in on Monday’s gains, where Apple shares, for example, jumped by 5.1%, and Microsoft rose 1.9%. On Tuesday, the tech-centred Nasdaq (US-TECH 100) experienced a major drop, led by Apple (AAPL) falling by more than 2% and Microsoft (MSFT), dipped about 1.2%. Zoom (ZM) saw a 9% price drop following its earnings release despite posting earnings that exceeded expectations.

The DOW (USA 30 - Wall Street) also fell by more than 100 points on Tuesday. Intel (INTC) was the major loser, dropping by nearly 2.6%. Merck, however,  was among the index’s leaders, after President Biden announced yesterday that Merck (MRK) will be helping competitor Johnson & Johnson (JNJ) to make the new J&J vaccine that was approved by the FDA and CDC earlier this week. Merck was up by 0.6%, and Johnson & Johnson stock dropped by about 0.1%.

Many Asian regional indices also fell after Guo Shuqing’s remarks. On Tuesday, the Hang Seng Index (Hong Kong 50) dove by more than 1% and the Nikkei 225 (Japan 225) sank by almost 1%. Even Australia’s S&P/ASX 200 (ASX 200) declined about 0.6%, possibly due to a heavy reliance on Chinese imports and exports.

After yesterday’s reversal of Monday’s stock market rally, it remains to be seen whether prices will continue to fall or if they will rebound.