Wall Street was in a tizzy on Monday as three major New York indices dropped like a rock early in the trading day before recovering their losses and ending in the black by the closing bell. Although traders may have been encouraged by the day’s final results, several structural factors could be clouding the outlook for the S&P 500, Nasdaq, and Dow Jones Industrial Index going forward. 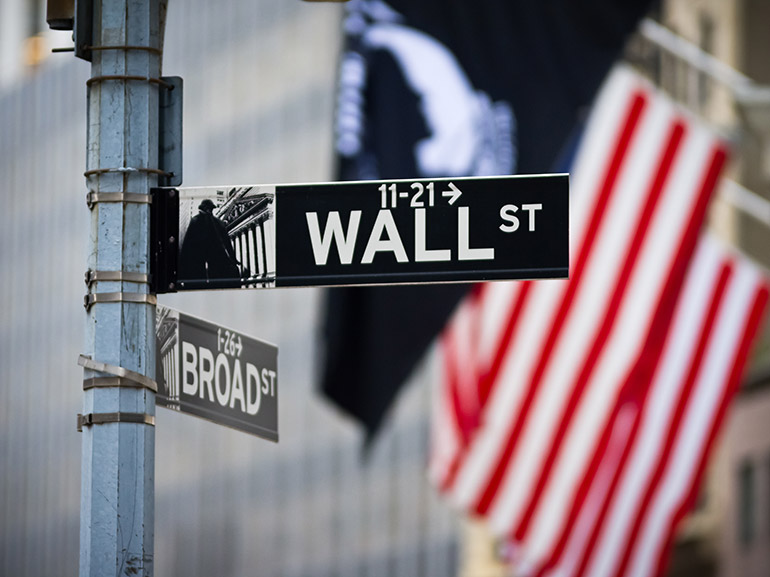 The trading week in New York opened with some sharp falls for key U.S. indices. At its lowest point, the Dow dropped by over 1,000 points, a 3.3% decline from opening. The Nasdaq and S&P 500 reached down by nearly 5% and just under 4% respectively at their nadirs for the day.

Last week was the worst for these three indices since 2020. However, those who might have been expecting a general stock market crash, or even just a continuation of the downward trend were left unvindicated by the end of the day.

All three indices finished in positive territory, if only just. By the time trading closed, the S&P 500 was up by 0.28%, the Dow by 0.29%, and the Nasdaq by 0.63%. Such a dramatic turnaround in fortunes on the trading floor may have left some market watchers feeling whiplashed; for the S&P 500 and Dow Jones, Monday’s trading represented their largest comeback since the height of the financial crisis in autumn 2008. So what led to this dramatic state of affairs?

Wall Street investors may be feeling the end of the COVID-19 pandemic ‘easy money’ era fast approaching. The Federal Open Market Committee, which determines the course of monetary policy for the United States’ central bank, is set to meet today and tomorrow. The market consensus seems to be that while no dramatic changes will be announced on Wednesday, the stage is set for a 0.25% increase in interest rates by mid-March.

The Federal Reserve has hewed to a policy of near-zero interest rates to support economic growth throughout the past two years, in addition to unprecedented levels of asset purchases. However, a forty-year high in American inflation is quickly leading to the end of central bank-supported liquidity. The Fed began tapering its bond-buying program down last November, but the trajectory of its remaining $9 trillion balance sheet following the taper’s completion, expected to come in mid-March, is as yet unclear. Economic data regarding growth in employment and wages is likely to give the Fed further impetus to move toward reining in inflation.

Uncertainty regarding this coming sea change in monetary policy could have been a primary factor leading to the selloffs seen on Wall Street since last week and throughout Monday morning. The S&P 500 has risen by 92% since its March 2020 low point on the back of the Fed’s liquidity promotion. Now that these policies seem to be drawing to a close, index growth could be in jeopardy.

With the Federal Reserve ending its bond-buying program, bond yields have risen. Tech and growth stocks, which had been among the big winners over the course of the coronavirus pandemic, see their future profits lose value in tandem with an increase in bond yield rates, which in turn has a deleterious effect on their share prices and the stock markets as a whole.

Tensions in the East

The combat against skyrocketing inflation is not the only battle that seems to be on the horizon. Tensions between the Russian Federation and Ukraine have many wondering if Europe could be headed toward military conflict on a scale not seen since the Second World War.

Territorial disputes between the two former USSR nations have been in the headlines for several years since Russia annexed the Crimean peninsula in 2014, but a massive military buildup on Ukraine’s eastern border has raised the question of a full-scale Russian invasion. So far, the North Atlantic Treaty Organization (NATO) and the European Union have signaled their support for the Ukrainians in the form of large grants and war materiel.

Family members of U.S. diplomats stationed in Ukraine have been ordered to leave the country, and NATO forces are on standby. Uncertainty regarding how the markets could be affected by an invasion and resultant international sanctions on the Russian Federation may also have contributed to a general risk-averse trading mood on Monday.

The proximate causes for Monday’s quick and dramatic turnaround on Wall Street are as yet unclear, but some are speculating that traders and investors looking to buy the dip at a bargain could have been the reason that major indices ended the trading day in the black. However, it seems to many that we’re far from seeing the end of stock market turbulence. What factors could affect share traders’ moves in the coming days?

Q4 earnings season has barely started. Massive tech companies like Apple (AAPL), Alphabet (GOOG), Microsoft (MSFT), and Amazon (AMZN) are all set to release earnings in the coming couple of weeks. Their fourth-quarter 2021 results could have a large effect on share prices, which would in turn boost the stock markets or push them down.

Across the Pacific, Asian indices were trading down as of the time of this writing. Tokyo’s Nikkei 225 and the Hang Seng in Hong Kong were both down by just under 1.7% Monday morning. With Asian traders responding to global volatility with a selloff, and U.S. futures down as well, it seems like the world’s stock markets aren’t seeing the light at the end of the tunnel yet.

Yesterday’s big comebacks on Wall Street may have been heartening for traders and investors alike, but these indices’ future trends could be determined in large part by Q4 earning reports, the tack Fed bankers take on monetary policy, and geopolitical moves determined by the Kremlin.