The Federal Open Market Committee’s (FOMC) release of its December meeting minutes on Wednesday caused a drop in Indices and Cryptocurrencies. The minutes revealed that American policymakers may be more concerned about rising inflation than previously expected, and many investors may be bracing themselves for further shocks to the stock market. 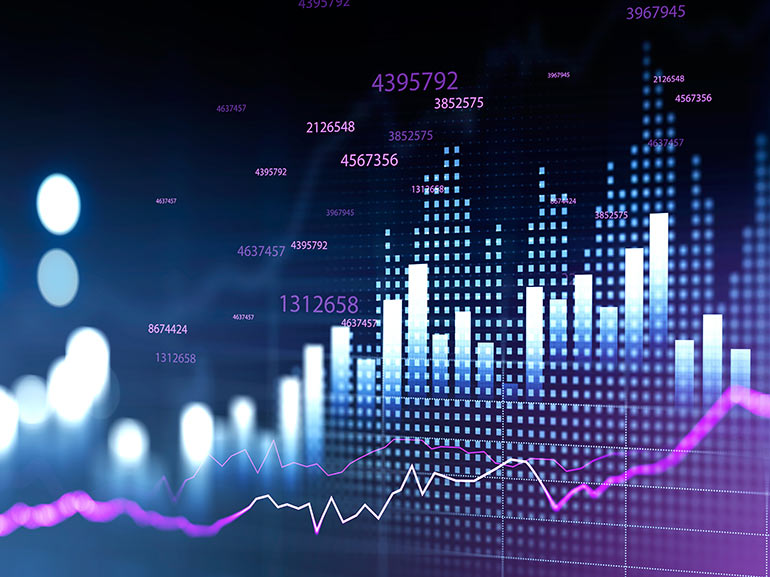 Throughout the course of the COVID-19 pandemic, the Federal Reserve, similarly to other important central banks, has moved to keep interest rates low and spur economic growth. However, Wednesday’s minutes release has revealed that the FOMC may be moving in a more hawkish direction than expected as 2022 begins.

The eleven members of the Federal Open Market Committee determine the course of monetary policy for the U.S. central bank as a whole. The meeting minutes showed that FOMC members have come to a broad agreement to put an end to the governmental asset-buying stimulus program by March. Subsequently, it’s expected by some market watchers that the federal funds rate, which has a direct effect on interest rates throughout the economy, will be raised by 0.25% following the committee’s meeting in two months.

Furthermore, while exact dates were not discussed in the minutes, some analysts are expecting that the committee will reduce the over $8 trillion of mortgage-backed securities and Treasury bills it holds by this summer. This step is anticipated to be taken following the aforementioned interest rate rise, the first of three anticipated for 2022, is implemented. This reduction of the Fed’s balance sheet is widely predicted to be exceptionally quick; the previous times that the central bank decided to take a more hawkish course on economic support, in 2014, the selloff was more gradual, beginning two years after the first interest rate hike. Based on the discussion recorded in December’s meetings, the culprit for this sharp turn in policy is skyrocketing inflation.

The meeting minutes also showed that FOMC members generally concur regarding less-than-rosy macroeconomic conditions. At the meeting held over December 14-15, there was near-unanimous agreement among those present that prices across the American economy were rising more quickly than they had expected; almost all FOMC members raised their inflation projections following November’s meeting as the scale of the issue became clear.

The Consumer Price Index as a whole rose by a whopping 6.8% in 2021, the highest rate in four decades. Part of this jump in prices is due to continuing global supply chain issues, but the higher-than-usual monetary liquidity promoted by the Federal Reserve since March 2020 has also played a role. Now that the American labour market is on an uptrend, FOMC members seem to be warming up to the idea of tightening up monetary supply in order to help in fighting inflation. However, the stock markets did not react sanguinely as the prospect of tighter Fed policy in 2022 loomed.

News of the FOMC’s new policy direction had a strong effect on the markets in New York. The Dow Jones Industrial Index (USA 30), which had been rising moderately throughout the day, closed trading at a 1% loss on Wednesday. This fall disappointed investors who may have been hoping that the index would mark its third record close in a year.

Despite widespread market sentiment that this move was coming, the shift reflected in the newly-released minutes spared neither the Nasdaq Composite Index (US-TECH 100) nor the S&P 500 (USA 500). Wednesday’s falls for these two key Indices were 3.3% and nearly 2% respectively.

Many market watchers are saying that investors may be adopting a somewhat risk-averse approach now that the near-term trajectory of monetary tightening appears to be more drastic than expected, with the relevant conclusions to be drawn regarding increased borrowing costs.

It’s not entirely certain how the markets will react to the implementation of the FOMC’s planned balance sheet selloff and interest rate hikes this year. However, some analysts posit that the Fed may be willing to accept a certain level of volatility on Wall Street in order to proceed with getting rid of the massive amount of assets currently being held.

Wednesday’s drops were not limited to traditional Wall Street trading. The world’s premiere Cryptocurrencies, Bitcoin and Ethereum (ETHUSD), also registered drops over the course of the day.

Some investors may have been surprised that Bitcoin’s (BTCUSD) reaction to the FOMC’s minutes release was so similar to that of Wall Street. However, some opine that Bitcoin’s trading behaviour reflects that of tech stocks, rather than that of Commodities. This means that rather than growing in inflationary eras, like Gold (XAU), which despite its 6.5% drop in 2021 is normally perceived as a safer investment, traders view Crypto as they do fledgling tech stocks. This is to say that Bitcoin, which fell 5.2% on Wednesday, and Ethereum, with a 6.5% drop over the course of the day, may be viewed as riskier bets, and speculation-averse investors might move their money out of the Crypto arena in macroeconomic conditions like those prevailing today. Traders were apparently not shaken from their skepticism regarding digital currencies on Thursday morning, with Bitcoin and Ethereum having dropped 0.9% and just under 4% respectively as of the time of this writing.

Central banks from Washington to London have been embarking on more hawkish courses as Western economies recover from the initial shocks that coronavirus’ spread made to their systems, and an overheated economy became a more present threat. Although the fact of tightening monetary policy may not have come as much of a surprise, the speed and severity of the Fed’s plans as revealed in Wednesday’s meeting minutes release clearly influenced Wall Street’s trading patterns over the course of the day. Traders will have to wait to see whether this trend will continue as the implementation of the U.S. central bank’s policy of monetary tightening draws closer.