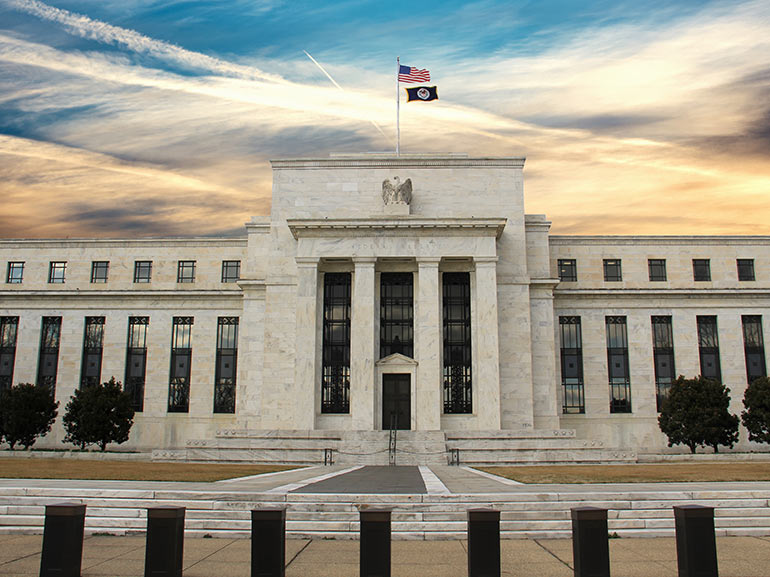 U.S. benchmarks were said to fall yesterday in reaction to news of the Omicron variant and Fed Chair Jerome Powell’s testimony before Congress. Some drugmakers said it appeared that the current vaccines will prove ineffective against the recent mutation. Fed Chairman Jerome Powell exacerbated risk-off sentiment when outright warning about a quicker pace to reducing the Fed’s bond-purchasing program and increasing the odds for a faster interest rate hike, as early as the first half of next year.

However, today’s rise in US contracts suggests volatility could persist until investors get more information to be able to determine the impact of Omicron.

Federal Reserve Chair Jerome Powell signalled on Tuesday that the Fed would take a faster path than expected to raise interest rates, causing investors around the world to pay attention to the changing market environment.

The leader of the U.S. central bank’s comments before the Senate Banking Committee indicated a shift to a tighter policy stance, as well as the American bank’s readiness to raise interest rates earlier than anticipated.

Jerome Powell said: “It is appropriate, I think, for us to discuss at our next meeting, which is in a couple of weeks, whether it will be appropriate to wrap up our purchases a few months earlier,” noted Powell, just one week after having been picked by President Joe Biden for a second term of four years as the Fed boss. “In those two weeks, we are going to get more data and learn more about the new variant.”

Powell made the comments suggesting removing accommodation earlier than planned in the context of a changing view of higher inflation. Until recently, the Fed Chair’s stance was that spiking inflation, which has reached its highest levels in more than three decades, is “transitory,” a word the Federal Reserve kept repeating.

Powell actively omitted the term “transitory,” and explained the change in language. The Fed chairman said that this word was used to convey the Fed’s expectation that the sharp rise in prices was temporary, a result of the global supply disruption due to the coronavirus and the resulting travel restrictions.

Powell’s delivery is thought to be a rare move by a Federal Reserve chairman, who appears to know he already has broad support among Federal Open Market Committee (FOMC) members to pare down the central bank’s bond-buying program, which is intended to stimulate the economy with added injections of liquidity, known as Quantitative Easing (QE).

Powell probably also expects bipartisan support for his views, after both Democrats and Republicans spoke of their concerns about rising costs and the need for bolder moves to lower high inflation. This bipartisan support gives the Fed leader political backing to quicken the pace of tapering economic support before lawmakers vote on approving Powell’s second term as the U.S. central bank’s chairman.

The rise in U.S. benchmark futures on Wednesday might be surprising considering the increased global health risks and tightening monetary policy.

The Dollar Index (DX) and Gold (XAU) have also been apparently trading in a counterintuitive manner as the Fed moves to pare stimulus down more quickly than anticipated. Moreover, a faster pace of rising interest rates should support the dollar and weaken gold.

The dollar tends to be strengthened as the Fed reduces supply, and even more so when interest rates increase, increasing the dollar’s yield.

Conversely, a stronger dollar should weigh on the price of gold, as the two tend to share a negative correlation. One reason for this inverse relationship between the yellow metal and the Greenback is that gold has no yield. Therefore, a higher interest rate tends to increase demand for the dollar, at the expense of gold.

However, there are other considerations, such as gold’s haven status amid the market uncertainty caused by Omicron.  Still, investors will do well to remember that gold fell after the 2008 crash, while the dollar rose. Therefore, nothing is a foregone conclusion when it comes to the markets. It is as yet unclear how the dollar and gold will react amid shifts in U.S. fiscal policy and the continuing impact of the COVID-19 epidemic.