The launch comes just days after a federal court ruling, where Apple must allow alternate payment options other than inside its own app. The legal case stemmed from increasing pressure against big tech company dominance. 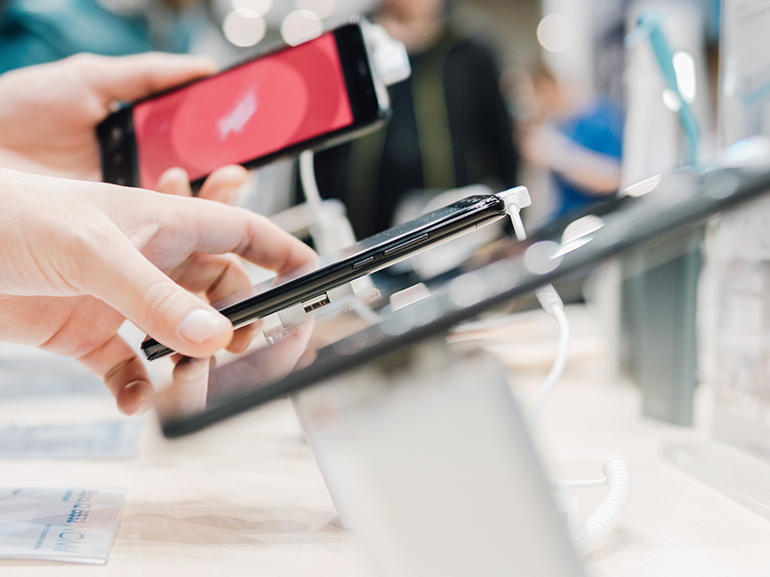 The new iPhone 13 Pro brought attention to many, bringing a new 1 terabyte option which allows massive storage capabilities. There were also improvements to the camera and video, including a new 77 mm telephoto lens with three times optical zoom. Pro devices also come with a bright Super Retna XDR display, which brings a quicker refresh rate and day long battery life.

The iPhone Pro and Pro Max come in sierra blue, gold, silver and graphite. Prices begin at $999 for the Pro and for the Pro Max $1,099.

The iPhone 13 has a new chip created by Apple called the A15 Bionic. Some executives have named the speedy chip as “the fastest CPU in any smartphone”. The price for the iPhone 13 starts at $799 for 128GB.

Apple’s iPhone 13 mini also got some upgrades with longer battery life, the same A15 Bionic chip as iPhone 13, display improvements, updated 5G chip and a Cinematic Mode for videos. The price for the iPhone 13 mini starts at $699 for 128GB.

Apple’s new Apple Watch Series 7 also brought attention to the tech giant’s products, picking up some improvements from previous models. The new watch comes with a wider screen which has a 20% display increase compared to Series 6. This allows 50% more text on the screen and a full keyboard for tapping or swiping out text messages. The price for the Apple Watch Series 7 begins at $399.

The iPad and iPad mini also now come with some new features. The mini has smaller bezels, rounded corners, improved cameras on both front and back, Liquid retina display, USB-C support, magnetic support for Apple Pencil, new colours and speakers. The iPhone mini starts at $499. The iPad has an A13 chip with 20% speedier performance. Prices for the iPad start at $329 for 64GB.

Despite the welcoming news of Apple’s new product range, the smartphone giant’s shares fell 0.9% yesterday at the end of the trading day. Marking a downtrend from last Friday’s 3.3% fall, where the stock performed the worst on the blue-chip benchmark DJIA (USA 30 - Wall Street). This was the largest share drop Apple had had since May this year.

Apple has not only been busy with product launches and a lawsuit, but has also had to deal with an emergency update to stop “No Click” spyware. Apple patched a security flaw in its Messages app after security identified Israeli-based NSO Group as having misused it to infect the smartphone giant’s latest devices with spyware.

According to security researchers, the security flaw was uncovered on Monday by Citizen Lab, which allowed a hacker (an unnamed Saudi activist) to use NSO’s Pegasus malware for access to a device. Apple reported that the flaw could occur if a user receives a “maliciously crafted” PDF on a vulnerable device. A recipient of such malicious PDF files didn’t have to click on it to get an infected device, which is called  a “zero-click” exploit; just receiving the file on the device was enough to get the malware virus.

Apple devices affected are iPhone, iPad, Mac, and Apple Watch via the iOS 14.8, iPadOS 14.8, macOS 11.6 and watchOS 7.6.2 software updates. The tech giant rushed to fix the bug just in time for its biggest product launch of the year yesterday. The company is expected to release its next launch date for iOS 15, and has plans to tighten device security.

Apple has made some news headlines in the last 7 days. Market watchers may keep an eye out for what the smartphone giant has next in store. How will these Apple events affect its shares in the coming days or weeks?