Bitcoin and Ethereum were hit with another selloff on Tuesday, pushing Bitcoin’s price below $60,000 for the first time in over two weeks. A perfect storm of Chinese and American policies may have contributed to crypto’s recent drop. 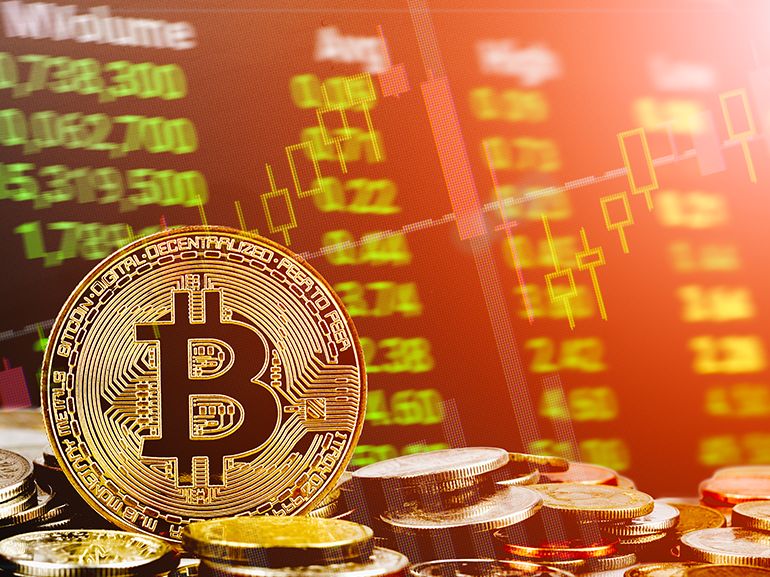 A Climb Back Up?

Throughout the second half of 2021, Bitcoin and Ethereum have seen an unsteady climb in value. Earlier this month, Bitcoin closed at an all-time high of over $67,650, as investors may have begun looking for a hedge against rising U.S. inflation.

Crucial upgrades to Bitcoin and Ethereum’s technology might have also bolstered traders’ confidence. This past Saturday, Bitcoin’s first upgrade in four years was approved by global stakeholders. This new upgrade, Taproot, will greatly increase transaction security and efficiency with the use of ‘smart contracts’, which are faster and less costly. Bitcoin’s price also saw a jump in mid-October, trading at $62,000 ahead of the Securities and Exchange Commission’s greenlighting of a Bitcoin futures ETF.

Ethereum also implemented a platform upgrade in late October, called ‘Altair’. With Altair, the process of creating new coins has become streamlined and will consume less energy, which has been a central concern of crypto critics. On November 8th, Ethereum hit an all-time high of $4816.72.

Why Are Bitcoin and Ethereum Falling Again?

Despite these positive developments for the two largest Cryptocurrencies, this week has seen a large drop in their values. Bitcoin dropped below $60,000 on Tuesday before clawing its way back up by the end of the day to rest at $60,230. As of Wednesday morning, Bitcoin’s price has fallen below the $60,000 threshold again.

Ethereum, the price of which is strongly correlated with that of Bitcoin, also saw a steep drop of over 7.7% on Tuesday. As of Wednesday morning, Ethereum’s price is hovering just above $4100 per token.

Many crypto watchers may be wondering what might be pushing Bitcoin’s and Ethereum’s prices down so soon after they hit all-time highs. To gain perspective, it may help to look at the coins’ shifts in value over the past year.

Cryptocurrencies have had a year full of ups and downs. Bitcoin (BTCUSD) opened 2021 with a price just north of $29,400 per coin. Over the first few months of the year, Bitcoin’s value continued to climb. It more than doubled to an all-time high of over $63,000 on April 13th, just preceding the debut of crypto exchange platform Coinbase (COIN) as a publicly-traded company. Bitcoin’s rise came as more investors may have begun seeing Cryptocurrencies as a safer investment in times of inflation.

Bitcoin had been further boosted by Tesla (TSLA) CEO, Elon Musk’s, March decision to accept the digital coin as a valid method of payment. As even venerable financial institutions like Morgan Stanley (MS) and Goldman Sachs (GS) aimed to begin offering their clients exposure to the crypto market, it seemed to many that Cryptocurrencies were on their way to becoming viewed as a completely legitimate asset class.

However, Bitcoin’s fortunes seemed to take a turn for the worse heading into summer. In May, Elon Musk reversed his earlier decision to accept crypto payment, citing environmental concerns surrounding the Cryptocurrency mining process. As Chinese authorities cracked down on mining and trading, and fiscal watchdogs from Western countries called for stricter regulation of the Cryptocurrency market, Bitcoin’s value headed downwards. On July 20th of this year, the price per coin dipped below $30,000.

Ethereum had a rough summer as well. In August, its blockchain briefly split into two after being hacked, and its value dropped by a whopping 13% in September.

Chinese government statements have become a cause for concern among those interested in Cryptocurrency investments.

With energy consumption concerns coming to the fore yet again, China’s National Development and Reform Commission spokesperson, Meng Wei, announced on Tuesday that the government would be instituting a severe crackdown on commercial crypto miners. She further emphasised the Chinese government’s desire to reduce unnecessary carbon emissions caused by this activity, a week after the Chinese-American joint pledge to take stronger action to mitigate climate change.

The U.S. government also seems poised to increase scrutiny of crypto transactions; the $1 trillion infrastructure bill passed in Washington D.C., on Tuesday includes a new requirement for all digital transactions exceeding $10,000 to be reported. It’s unclear, as yet, how this new rule will be implemented and how it will affect crypto trading going forward.

With Bitcoin and Ethereum having dropped so quickly, some analysts are concerned that the Cryptocurrency asset class could be entering a prolonged period of lower values, like that seen in 2017. A return to last summer’s low prices, while less drastic, would also be unfavourable for some traders.

One experienced analyst, Naeem Aslam, advises Bitcoin watchers to see whether its value falls below the $58,000 threshold. According to Aslam, this could be a strong predictor of whether Bitcoin’s price will rebound in the near future.

With Ethereum’s value also having seen a steep drop, crypto traders may be getting nervous. However, according to a survey conducted by Bank of America (BAC), one quarter of global fund managers expect Bitcoin’s price to rebound and hit a new high of $75,000 within the next year.

As 2021 draws to a close, Bitcoin and Ethereum watchers may be looking back at the turbulent ups and downs experienced by Cryptocurrencies this year so they might predict where prices might head in the days to come. However, with the factors affecting the crypto market changing as fast as ever, it is up to traders to draw their own conclusions about this volatile asset class.