As inflation, the war in Ukraine, and the pandemic continue to strain economies all over the world, central banks find themselves having to fight staggering inflation through interest rate hikes. The conflict in Ukraine and the overall economic uncertainty can affect this decision as central banks like the ECB might prefer to wait for the uncertainties to fade out.

Accordingly, while many central banks like the Bank of Canada, the US Federal Reserve, and the Bank of England have already taken steps to tackle inflation by raising interest rates, it seems that the ECB still hasn’t caught up with its peers. Furthermore, if an interest rate hike is made by the ECB it will be the first in over a decade. What is causing this cautious approach and how will it affect the market? 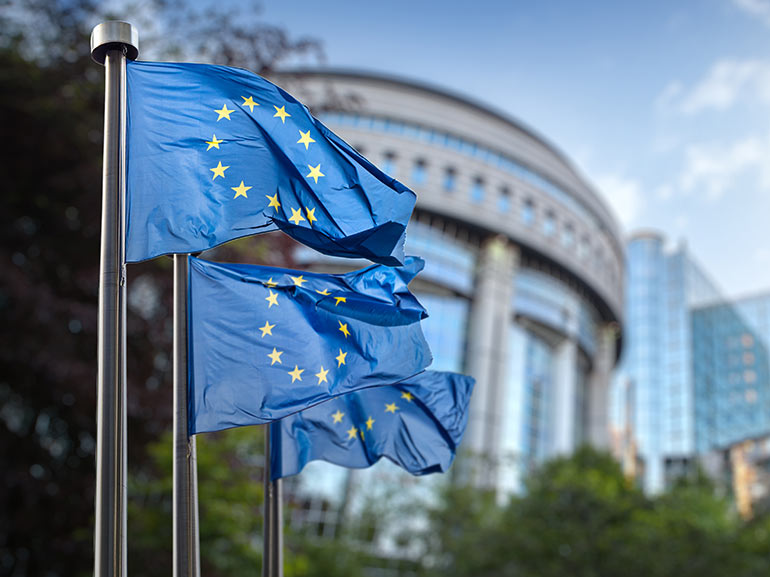 Whereby ECB’s president Christine Lagarde has ruled out interest rate hikes in the past, it seems, that as of lately, Lagarde’s approach has shifted and she no longer seems to deny the prospect of rate boosts in 2022. Nevertheless, the question of when this hike will come to fruition still remains unclear.

The likelihood that today’s central bank summit could conclude the first increase in continent-wide interest rates since 2011 seems to be growing, however. Recent figures showed that inflation in the European Union rose by an annualized rate of over 8.6% in June. Accordingly, anonymous sources familiar with the European Central Bank’s internal dynamics are maintaining that interest rates could be raised by 50 basis points or 0.5%, today.

As the war in Ukraine continues to take a toll on the world’s largest economies, the ECB’s decision to increase interest rates becomes even harder and more challenging. Clearly, the war and the sanctions it brought with it on Russian energy and commodities cannot be taken lightly since 40% of the European Union’s natural gas comes from Russia, one of the world’s largest Natural Gas (NG) reserves. While eurozone countries search for alternative energy suppliers like the US and Qatar, in the meantime, the possibility of more sanctions on Russia and the uncertainty surrounding Putin’s next move can continue to increase European gas prices.

Accordingly, based on the assessments of some economists, since the eurozone seems to be the epicenter of the Russian and Ukraine conflict, the ECB should take its time in analyzing the data and raising interest rates. On the flip side, some analysts deem such a wary approach to be dangerous to the economy as it can eventually become “too late” to combat a possibly inevitable inflationary spiral. For example, in case Russian energy supplies to Europe are cut by half, some expect inflation to skyrocket above 9% which could eventually lead to a recession.

To complicate matters, the war in Ukraine has also driven an increase in the prices of Commodities since it led to supply-chain disruptions of wheat and barley, both of which are largely exported from Russia and Ukraine to multiple countries.

What Are the Options?

With the conflict in the post-Soviet space most likely weighing heavily on ECB policymakers’ minds already, more recent events may also be creating the impetus for a monetary tightening. Italy, a major eurozone member state, has recently entered into what some are referring to as a ‘political crisis’.

With Italy’s already heavy debt burden, some analysts posit that the ECB could move to introduce a union-wide relief deal in order to ease the effect of higher borrowing costs on Italy and other EU states. Not only must Lagarde and her peers walk the tightrope between reining in inflation and potentially igniting a recessionary spiral, but they must also weigh the effects of higher interest rates on the ability of some nations to service their existing sovereign debt.

Despite these considerations, the smart money is on the European Central Bank moving forward with a steep rate hike today. The EUR/USD Forex pair recently reached parity for the first time in twenty years, perhaps indicating increased confidence among investors in American monetary policy relative to that instituted on the Old Continent.

Amidst all this turmoil in Europe and abroad, the only thing that seems clear to most is that monetary tightening will soon send ripples out from Frankfurt. However, how quickly this move to the hawkish side of the policy spectrum will be made remains to be seen.