As stock markets seemed to be rising from the doldrums caused by COVID’s newest variant, Omicron, on Tuesday, semiconductor companies led the rally. Investors may be wondering what’s behind this week’s rally, and whether it can be sustained. 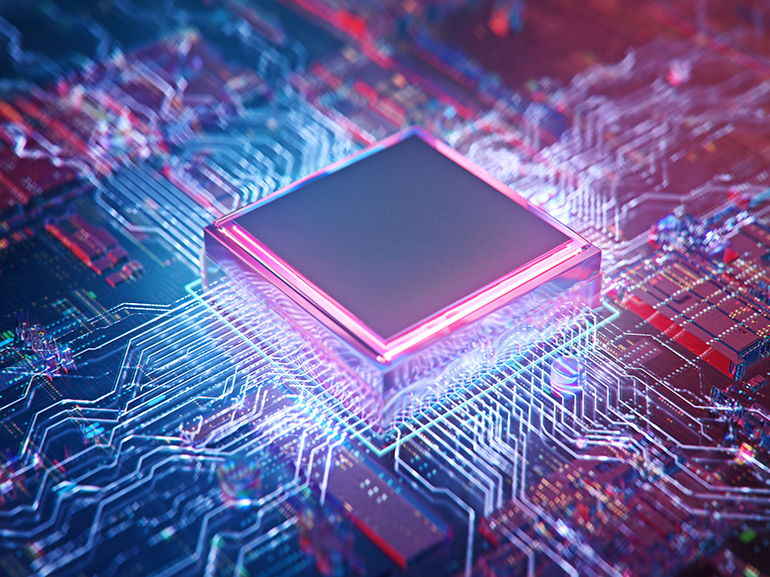 How Did Omicron Hit the Market?

Headlines for the past couple weeks have been captured by the spread of the Omicron strain of the coronavirus. Omicron had a negative effect on various sectors of the economy, ranging from Oil (CL) to the stock markets in New York.

On November 26th, the S&P 500 and the Dow Jones Industrial Index (USA 30 - Wall Street) were both possibly hit by a post-Thanksgiving selloff, with the S&P 500 seeing its sharpest drop on a percentage base since February, of nearly 2.3%.

The drop in Indices was not limited to the month of November, and on the first day of this month, another sharp fall was observed. This latest drop could have been influenced by the Fed indicating that it would be shifting its monetary policy to battle inflation, rather than support economic recovery from the effects of COVID-19. Accordingly, traders may have been concerned that tapering would proceed more quickly than expected. Last Wednesday, the S&P 500 (USA 500) fell by nearly 1.2%, and the Dow was down by just under 1.4%.

Although traders may have been spooked by the effects of COVID-19 and Federal Reserve policy last week, fears that Omicron stands to pose as dire a threat to the global economy’s function as the Delta strain did seem to have subsided this week. Several key Indices showed a strong recovery on Tuesday.

December has a reputation for ushering in a bullish environment for stocks, and the DJIA’s movements so far this month are no exception. The Dow rose by 1.4% over the course of the trading day on Tuesday, bringing the sum of the index’s gains in December thus far to more than 3.5%. This has been the Dow Jones’ best December since 1997.

With the market mood on Wall Street seeming to have risen so quickly over the past week, traders may be asking themselves, “which stocks are pushing these Indices up?”

Although the Dow and S&P 500 both had good showings on Tuesday, one index’s jump was even larger. The Nasdaq Composite (US-TECH 100), which is dominated by tech-sector stocks, rose by just over 3% on Tuesday. Technology stocks, and those floated by semiconductor companies in particular, were especially successful.

Many investors may be aware that demand for semiconductor chips has outpaced supply this year. It was in this context that companies involved in the chip manufacturing process rose in value on Tuesday. Chipmaker Marvell (MRVL) increased by just under 7.2% and Wolfspeed (WOLF), a manufacturer of semiconductor products, saw a rise of 6.6%.

However, many sector analysts were most impressed by Nvidia’s strong showing.

Nvidia (NVDA) has already been named by many as the global leader in the provision of global processing units for gaming systems; however, its move to become a pioneer in the coveted metaverse field may be behind its outsized recent success. Its jump of 8% on Tuesday might have led market watchers to wonder what’s behind the visual computing company’s strength.

The metaverse, a nascent virtual world environment that could provide many firms with the opportunity to shape its development if they get in ahead of the competition, is already influencing the business strategies of companies like Meta (FB) and Walt Disney (DIS). However, Nvidia has been named by Citigroup (C) as a ‘secular winner’ in the metaverse sphere, due to its market position in the crucial sphere of chips used for the computer graphics needed to build the metaverse.

Will the Wins Continue?

Nvidia has had a blockbuster year, seeing a steep rise of nearly 150% in share price since the beginning of the year. The firm’s revenue rose by 144% from Q3 2020 to Q3 2021, and CFO Colleen Kress stated on Monday that she expects growth to continue through Q4.

Although Nvidia is working to increase the supply of GPUs by mid-2022, which could put downward pressure on prices, the corporation’s prospects for continued growth still seem strong to many market watchers going forward. As Nvidia is consistently able to sell its inventory in a market environment of scarcity, and it seems to be on track to be a trailblazer in the developing metaverse, analysts’ rosy predictions for the firm’s stock may come as no surprise to traders.

Recent weeks have been characterized by ups and downs as coronavirus fears rise and recede, and key Indices’ recovery is boosted by tech stocks. The current outlook seems to be positive to some analysts, but whether semiconductor companies and the markets as a whole can maintain their momentum remains to be seen.