Shares of Tilray (TLRY), a leading firm in the Canadian cannabis industry, rose over the course of trading on Wednesday even as the stock values of its peers fell. A promising earnings report released yesterday could have been the cause. 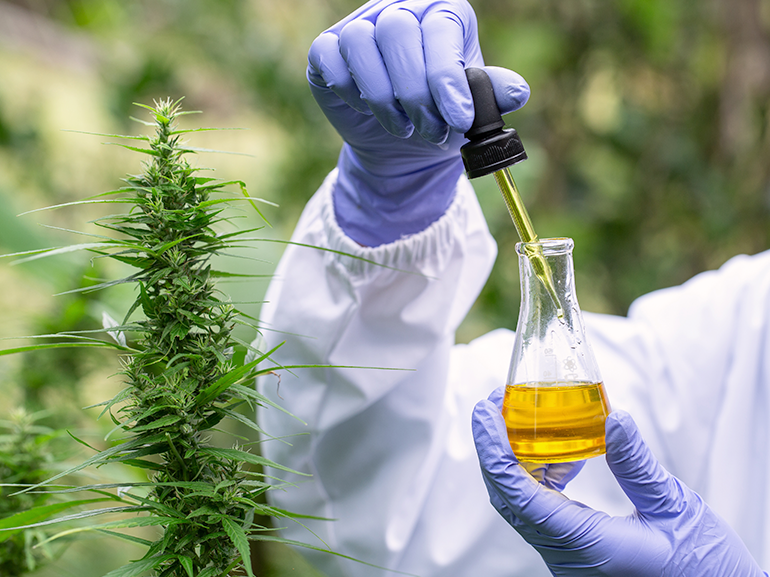 On Wednesday, shares of Tilray Brands, a Canadian firm specialising in cannabis products and listed on the Nasdaq (US-TECH 100), hit a high of $8.18 before dropping back down to close at a rise of nearly 2.7% for the day. Traders may have been feeling positively disposed toward this industry leader following the release of its third-quarter 2021 results.

Analyst estimates had been for Tilray to reveal a loss per share figure of about 8 cents, but the company pleasantly surprised market watchers with earnings per share of 9 cents. Tilray’s net revenue, while slightly below predictions, hit nearly $152 million in Q3, more than triple -the year-ago figure. Especially lucrative for the firm were its alcohol and cannabis branches, which grew by 64% and 32% respectively over the course of the third quarter.

Furthermore, Tilray executives revealed ambitious plans for business expansion south of the border over the next two years. This Canadian cannabusiness announced Wednesday that its proprietary hemp powders, which are used by many as a plant-based protein supplement, will be available at hundreds of Whole Foods locations across the United States soon. The firm also plans to market THC-infused alcoholic drinks throughout the United States - pending the passage of the Marijuana Opportunity Reinvestment and Expungement (MORE) Act by the American legislature.

This bill, passed by the House of Representatives in Washington, D.C., last Friday, would decriminalise marijuana in the United States as well as expunge the convictions of those prosecuted for cannabis-related offences in the past. While the MORE Act’s prospects in the Senate are as yet unclear, its passage would represent a step forward for cannabis legalisation in the country, as well as likely provide a plethora of new commercial opportunities for firms operating in the sector. Perhaps even more importantly, the cannabis industry would become exempt from the onerous tax regulations and obstacles to capital-raising with which it currently has to grapple.

However, trading results didn’t end up in the green for all cannabis companies on Wednesday. Three of Tilray’s Canadian industry peers showed sharp falls over the course of the day. Aurora Cannabis (ACB), dropped 4%, while Canopy Growth (CGS) fell 2.8%. Cronos Group (CRON) posted the largest losses of the bunch, at nearly 4.2%. While the reasons for Wednesday’s drops are unclear, analyst opinions regarding trends observed at the end of March could shed some light on the matter.

Cannabis industry shares have been on an upward trajectory throughout most of the last month, perhaps in response to growing calls for legalisation of the substance in the lucrative U.S. market. Investors may have taken the opportunity to sell these stocks at a profit once it began to seem less likely that the MORE Act would be passed by the Republican-dominated Senate, thereby pushing their values down.

All in all, much of where these cannabis stocks will head in the near term rests on the nature of decisions taken in the U.S. legislature. While Tilray’s encouraging Q3 2021 results may have spared it from the general industry downturn on Wednesday, the MORE Act being rejected by American lawmakers in the end could have an outsized effect on cannabis businesses as a whole. Traders will have to wait and see whether marijuana decriminalisation is approved by U.S. senators in order to get a clearer picture of which direction the cannabis industry will head next.