On Monday, stocks bucked downward, the tech-heavy Nasdaq (US-TECH 100) hit its lowest level since July 2020 as it fell by 1.04%, and the S&P 500 slid. What could be behind this slump and what were the stocks that struggled the most? 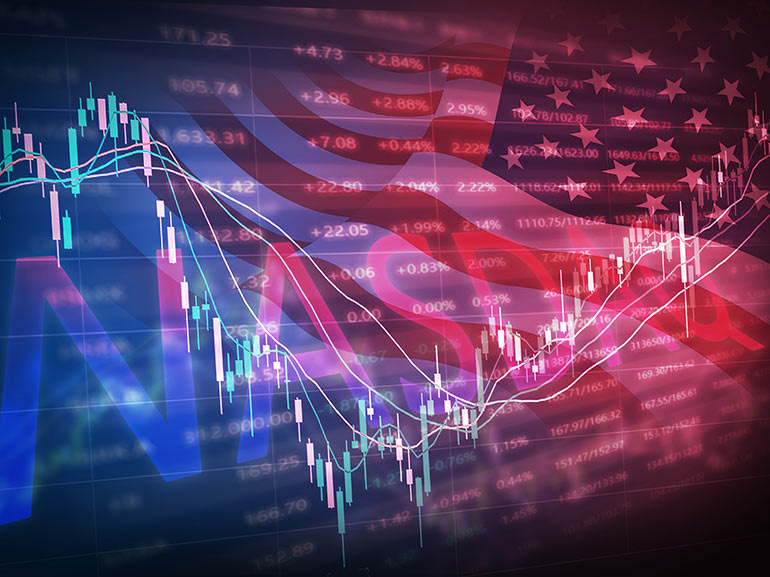 On Monday, the Nasdaq dropped 1.04% and closed at 110.30 points, its lowest level in two years, according to Dow Jones Market Data. While there are many reasons behind this gloomy drop, according to market analysts, President Joe Biden's restrictions on China could be one of the culprits. Throughout the past few months and even years, Taiwan, a self-governing island, has always been on China's radar. And as of relatively recently, following US House Speaker, Nancy Pelosi’s visit to Taiwan in August, tensions were at an all-time high. Pelosi, who met Taiwan’s President, Tsai Ing-wen, emphasized the US’ intent to preserve democracy in Taiwan away from China’s feared rule.

Accordingly, on October 7th, in an attempt to halt China’s military and technological advancement in Taiwan, President Biden declared new sanctions that would limit US companies from selling computer chips, semiconductors, and equipment to China, specifically to Chinese companies operating without a special license. Besides that, international companies, organizations, and American citizens were also prohibited from selling these products to Chinese companies. While on a larger scale, the effects of this ban are yet to be determined, in the meantime it seems that tech-reliant indices like the Nasdaq and the S&P 500 (USA 500) felt the toll. The S&P 500, which contains one-fourth of tech stocks, fell by 0.75% on Monday. This may partially be because these two indices consist of companies like chip makers NVIDIA (NVDA), AMD (AMD), and Qualcomm (QCOM) which dropped by 3.4%,1%, and 5.3% respectively. (Source:The Wall Street Journal)

It is no surprise that inflation has been a hefty burden on the US economy and on global economies in general over the past couple of months. Many market analysts and strategists declared that inflation is still high and the Fed, which kept increasing interest rates in its attempt to tame inflationary pressure, might withstand this hawkishness in the upcoming months. To make matters worse, in an interview yesterday, JPMorgan’s CEO, Jamie Dimon, even cautioned that he predicts that the US might fall into a recession in the upcoming months. He also said that he believes that this slowdown might usher forth panic and market selloffs that would deteriorate 20% of US stocks’ value. Therefore, according to many market watchers, the Fed’s persistent hawkishness along with the rising inflation and recession fears are driving market volatility and gloomy downtrends. Moreover, after September's underwhelming job reports, Wall Street slid on Friday and Monday, further increasing the odds of the US Federal Reserve keeping its aggressive rate-hiking policy.

Therefore, investors and traders alike may be waiting with bated breath for the next US CPI data release. The CPI is one of the most commonly used tools for measuring inflation and deflation is expected to be released on Thursday, October, 13, and would reflect September’s inflation rates. The stock market may suffer if inflation eases or not, as some analysts call the CPI the most important number. (Source:Nasdaq)

As the devastating war in Ukraine persisted, yesterday, Russia embarked on its biggest missile assault in months as explosions were heard in Ukraine’s capital, Kyiv killing many civilians. According to Putin, the missile attack on Kyiv was a response to Ukraine attacking a major bridge in Crimea in 2014. The Russian war was taking a notable and heavy toll on the stock market due to the sanctions it brought with it since February 2022, and yesterday was no exception. According to many market watchers, following the strike on the Ukrainian capital, many market sectors including the aforementioned indices fell.

As Q3 earnings season kicks off, many major US banks will release their financial quarterly figures this week. Since these banks along with other market sectors were struggling to keep pace in face of the worsening inflation, recession fears, the war in Ukraine, and sanctions on China among other factors, it seems that in the meantime, a risk-averse sentiment may be on the horizon. If indeed the earnings season proves to be a rollercoaster, the market might still take a hit. Whether or not the anticipations will hold true, is yet to be seen. Investors, traders, and market watchers will have patiently wait to see how this week turns out.