After a mixed day for tech stocks on the markets in New York, chip giant NVIDIA (NVDA) marked a new milestone with a record market capitalisation. A rise of just under 1.7% in share price over the course of the trading day brought the firm to a $618.2 billion valuation. NVIDIA has officially surpassed Meta in the market cap ranking, sitting at seventh place behind Berkshire Hathaway (BRK.B), the stock of which is the most expensive on the market. 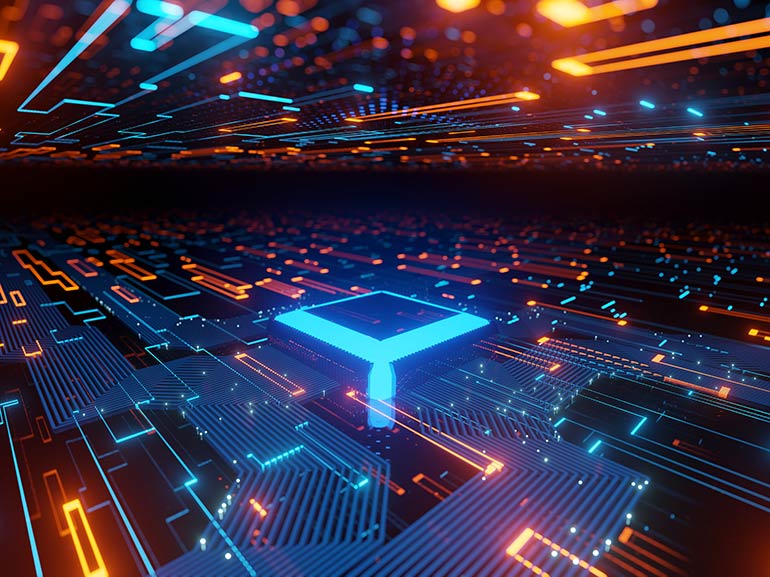 Moving up in the Rankings

NVIDIA is considered by many to be one of the biggest winners of the pandemic-era market. In 2021, the firm seemingly went from strength to strength to become the best-performing mega-cap stock of the year. As stay-at-home orders increased the need for cloud computing technology as well as graphics chips for gaming, NVIDIA grew and grew.

Just in the past two years, the chip company has leapfrogged in the rankings of U.S. firms by market capitalisation; in 2020, NVIDIA was only the fiftieth-largest U.S. firm, rising to number fifteen in 2021. After shares of Meta (FB) hit a one-year low on the back of problematic Q4 2021 earnings and regulatory issues in the European Union, NVIDIA moved up to the coveted seventh place in the aforementioned ranking. The ongoing shortage in semiconductor chips, as well as the increased demand for this product, as various firms make forays into the nascent metaverse sphere, didn’t hurt either.

Despite the travails experienced by many technology and growth stocks in recent months stemming from investor jitters and monetary policy uncertainty, NVIDIA is still growing strong, and many analysts see even further opportunities for growth. With the company’s proprietary Ampere graphics processing unit (GPU) being less than two years old and still far from reaching its maximum potential usage, NVIDIA may well be able to capitalise on the demand for its products and continue on its upward trajectory.

However, not all news has been good news for NVIDIA this week. Following the ringing of the closing bell yesterday, the London-based newspaper The Financial Times reported that  NVIDIA’s controversial acquisition deal of chip designer Arm would no longer come to fruition.

The news of Arm’s planned acquisition from SoftBank (9984.TY) rocked the semiconductor industry after its announcement in 2020, as it would have been the largest merger in the sector’s history. However, regulators may have been less than enthused by the prospect of the $40 billion deal.

NVIDIA’s plans to purchase the U.K. firm, which markets chip designs to various other companies in the semiconductor sector, was opposed by regulatory bodies and industry rivals alike from America to the United Kingdom. The United States’ Federal Trade Commission moved to block the deal using legal means in December of last year, citing concerns that NVIDIA would gain an unfair advantage over rivals like Intel (INTC) and AMD (AMD) in their battle for market share.

Industry competitors like Qualcomm (QCOM) may have shared similar concerns, regarding the availability of Arm’s chip designs in the event of the deal’s completion. While NVIDIA executives assured its rivals that Arm would still collaborate with them following its acquisition, they still may have breathed a sigh of relief at the acquisition’s alleged torpedoing.

If Monday evening’s news bulletin is proven correct, SoftBank will be on the hook for $1.25 in ‘break-up fees’. On the other hand, according to some market watchers, NVIDIA could walk away from the unconsummated deal unscathed; the firm’s market fundamentals are strong enough that even without ownership of the British semiconductor chip designer, its market capitalisation is unlikely to be significantly affected.

To sum up, Monday’s jump in value for NVIDIA may seem like the culmination of the company’s COVID-era growth. Even with the likely setback of a failed acquisition deal, NVIDIA may be poised to even further increase its valuation as demand for its hi-tech products seems to be far from drawing to a close.