Asian markets slipped as investors continued to show concern over persistently high global inflation and the likelihood of further interest rate hikes. In anticipation of a jam-packed week ahead including major central bank meetings (Japan’s central bank and the Federal Reserve) which could cause a rise in borrowing costs across the globe, losses were observed on major Asian Indices. 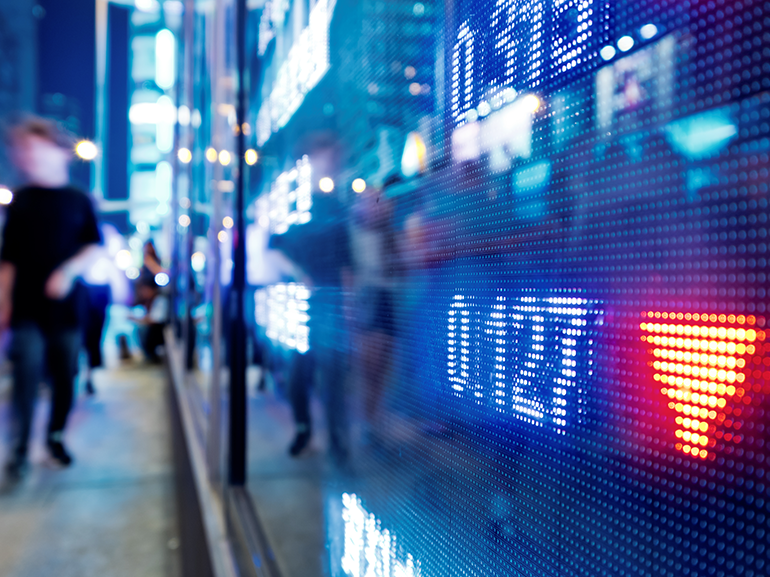 Who Felt the Impact?

Following a surprising cut in two interest rates and as the end of the quarter nears, China's central bank lowered the costs incurred from 14-day securities reverse repurchases, and increased cash liquidity on Monday. In order to maintain stable liquidity levels at the end of the quarter, the People's Bank of China (PBOC) injected 12 billion yuan, or over a quarter-billion USD, into the domestic economy using the financial tools at its disposal. While tomorrow’s interest rate decision is predicted to end up with rates remaining the same at 3.65%, further steps toward easing could be in the cards later this year.

The downturn in Asian markets is also reflected in Commodities trading. Several factors are converging to put downward pressure on Oil prices. Fears of a global recession, a weaker dollar, and eased COVID-19 restrictions in Chinese metropolis Chengdu, all may have had dampening effects on Oil demand Monday. Brent Oil (EB) had dropped by 1.7%, and price Oil (CL) rose by 2.6% as of the time of writing this morning. (Source:CNBC)

How Big Will the Fed Go?

Is another big rate hike coming? Will the Fed raise rates for the third consecutive time? Opinions are divided between whether the Fed will keep hiking rates aggressively, or will the consumer price index falling in August allow the central bank to back down a bit.

The U.S. job market remains strong, Americans are still spending large amounts of money, and housing prices are still high despite an immense spike in mortgage rates, however, inflation is unquestionably a significant problem.

The Fed is expected to release a summary of economic projections on Wednesday. The “dot plot” expresses how officials at the Federal Reserve see economic indicators such as interest rates, inflation, unemployment and gross domestic product trending over the near term. The last summary was released in June and suggested interest rates would be at 3.4 percent by the end of 2022 and 3.8 percent by the end of 2023. Analysts expect meaningful changes in expectations in the upcoming projection report, which could definitely be worth following.

Interest rate expectations and shifts have led to significant changes in the fortunes of global stock markets repeatedly so far this year. Where Asian and other Indices head in the days to come is as yet unknown.