In times of economic and geopolitical turmoil, many traders choose to move their investments into what are known as ‘safe havens.’ Let’s take a deeper look at this asset class:

Safe havens is the nickname used by many to denote holdings that are expected to hold their value, or even increase it, during periods of market volatility. Given the fact that markets across the world have been periodically thrown into disarray over two years since the beginning of the COVID-19 pandemic, safe haven assets may be growing in importance in the minds and portfolios of investors. 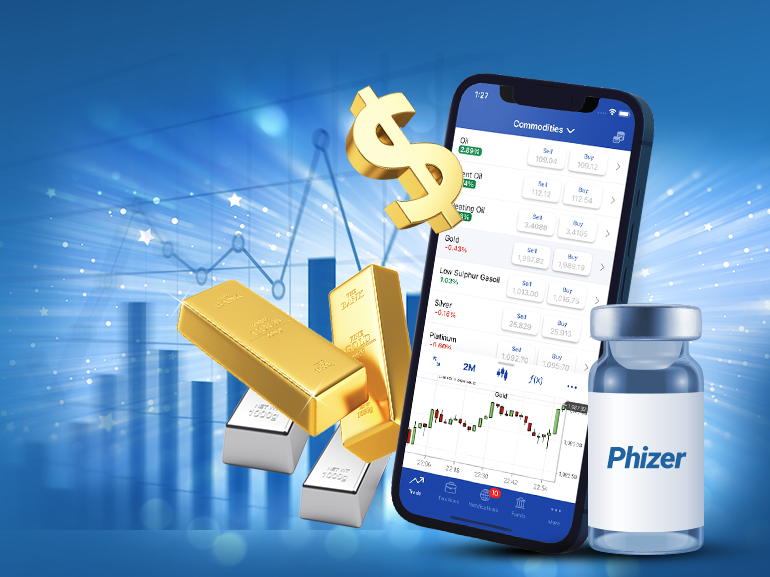 This asset class encompasses many forms; let’s take a look at a few key types of safe havens:

Gold (XAU) has historically been considered one of the most reliable safe haven assets; a classic, if you will. Other precious metals like Silver (XAG), Palladium (PA), and Platinum (PL) are subject to, and benefit from, the same market forces as Gold. Due to their nature as a physical commodity, mined from the earth itself rather than printed and assigned value by governments, their worth is generally immune to monetary policy tools like interest rate hikes. However, while decisions taken by central banks like the Federal Reserve do not directly raise or lower the price of Gold on the market, supply and demand of the yellow metal does indeed respond to general macroeconomic conditions.

In times of high volatility and uncertainty regarding the near-term trajectory of the economy’s health, investors tend to push the price of Gold up. Therefore, it may come as no surprise to savvy market observers that the price of Gold has increased by 6.6% so far this year as of the time of writing. As markets from Tokyo to New York were shaken by the economic fallout of the conflict in Ukraine, with a peak price of over $2,050 an ounce observed on March 8th.

However, Gold’s appeal to risk-averse consumers is not limited to times of geopolitical upheaval. With inflation in the United States reaching levels unseen in forty years, the Federal Open Market Committee (FOMC) has moved toward a more hawkish monetary policy of rapid rate interest hikes following two years of economic stimulus. Some analysts have raised the spectre of stagflation, or low economic growth coupled with high inflation. If such a scenario comes to pass in industrialised nations, it may be expected that Gold’s market value will continue to rise, as it is priced in U.S. dollars as well as being negatively correlated with stock market outcomes.

There are several market sectors on the stock markets that also generally tend to be seen as safe investments in times of macroeconomic turmoil. While demand for some types of consumer goods can rise and fall with the vagaries of general market movements, shares in biotechnology, utility, and food companies are often seen as relatively ‘safe’ purchases. This is because even in times of record volatility, regular citizens still need healthcare, food, and electricity.

One of the most well-known companies in the United States is considered by some as a safe haven investment: Walmart (WMT). Despite several ups and downs, this consumer goods retail giant has seen a rise in stock value of 38% since the beginning of the pandemic.

Healthcare and biotechnology stocks may also have hit an uptrend due to risk-averse investors seeking assets that will hold value in turbulent times. Over the past two years, Pfizer (PFE) shares have gained nearly 40%, and multinational giant Johnson & Johnson (JNJ) has jumped by just under 23%.

Which Currencies Are Considered Safe?

A third major category of safe haven assets are currencies. Generally, the relative risk of a nation’s currency is tightly interwoven with the stability of that country’s political and economic systems.

Switzerland’s venerable tradition of neutrality, and lack of internal political conflict, have led to the Swiss franc traditionally being considered one of the safest stores of value among major world currencies. In addition to its highly-developed, stable economy, Switzerland’s monetary authorities are also unaffected by policies adopted by the European Central Bank, as Switzerland is not a member of the European Union. Accordingly, the Forex pair EUR/CHF may be expected to fall in times of uncertainty.

One of the other major safe haven currencies preferred by traders may come as no surprise to savvy market watchers: the United States dollar. While the American economy has been on a rollercoaster for the past two years, and fears of political unrest are increasingly voices in major newspapers, the greenback’s status as the world’s premiere reserve currency as well as the bill of denomination for many goods worldwide has helped it preserve its status as a safe haven currency. The world’s most popular Forex pair, EUR/USD, has been on a distinct downtrend recently.

These assets, and others, could stand to increase in value, and maintain these gains, if the global macroeconomic landscape does not stabilise over the near term. Investors will have to wait and see how markets develop in the prevailing atmosphere of volatility.