A market rally seemed to have been underway in Europe yesterday. While last week’s results may have come as less than satisfying to British and E.U. investors, major Indices in the United Kingdom, France, and Germany posted gains by the end of the trading day yesterday. 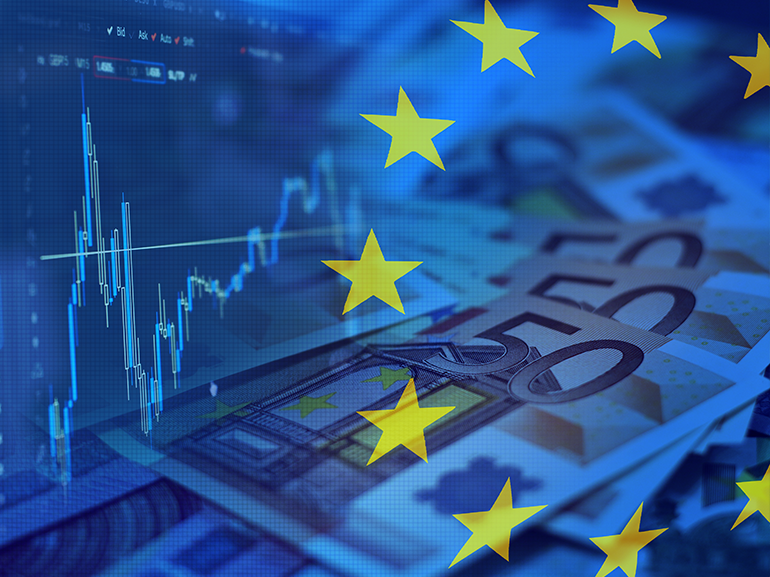 The scourge of inflation that has spread across the industrialised world in recent months has not spared the largest economies of the Old Continent. According to the most recent figures, consumer prices in the eurozone rose by an annualised rate of 8.1% last month.

Part of these high inflation rates may be attributed to the continuing conflict between Russia and Ukraine. As jitters regarding potential supply line disruptions of Natural Gas (NG) and Oil (CL) from sources in the Russian Federation have spread, the cost of petroleum for European producers and consumers alike has risen swiftly. The E.U. agreement to ban most Russian oil imports by the end of the year has not mitigated the situation. In addition, kinks in the global supply chain have increased the prices of key inputs for producers, which are then passed onto the general public, and the price of food has consistently increased due to the hostilities in Ukraine.

Accordingly, central banks in Europe have followed the trends emanating from across the Atlantic, embarking on a campaign of interest rate hikes in an attempt to bring inflation down closer to the ‘ideal’ level of two percent per annum.

While the influence of the most recent hike in U.S. interest rates, the highest since 1994, has not been limited to American shores, central bank decisions closer to home have also had their effect on European Indices.

The United Kingdom’s Bank of England raised interest rates following its summit for the fifth time in a row last week, to 1.25%. In addition, the Swiss National Bank, while not a member of the eurozone, also raised rates for the first time in 15 years last Thursday.

The European Central Bank, based in Frankfurt, saw it fit to hold an emergency meeting last Wednesday as risk-averse market sentiment spread across the continent’s trading floors. According to experts, investors have been growing more fearful that a rapid, aggressive campaign of interest rate hikes could lead to yet another E.U. debt crisis.

With widespread concern over both inflation and hawkish monetary policies filling the headlines, it may not have been surprising that some major European Indices traded down last week. By the end of the trading week last Friday, France’s CAC 40 (France 40) had lost nearly 5%, London-based FTSE 100 was down 4.1%, and the Dax-40 Index of Germany had posted a 4.6% decline.

Turn to the Black?

Despite last week’s declines, traders seemed to have been able to shake off some of their apprehension regarding the near-term yesterday. The FTSE 100 (UK 100) broke a three-week losing streak to increase 1.5% by the ring of the closing bell, helped to this gain especially by energy stocks like BP (BP-L). Some market analysts posit that London traders may have had their worries assuaged somewhat by the lack of an immediate economic fallout from last week’s rate hike.

The CAC 40 also creeped upward by 0.6% yesterday. While this was clearly a turn to the positive, further potential for growth could have been stymied by the recent French parliamentary elections, which resulted in the governing party’s loss of a majority and the strengthening of the socialist far-left.

While worries about energy sources in Germany are still widespread as the Russian government cut exports of Natural Gas to the country by more than half, the DAX (Germany 40) also joined the uptrend and closed the day with a 1% gain. Farther afield, rises were registered on the Sweden 30 Index (Sweden 30) and Italy’s FTSE MIB (Italy 40).

Yesterday’s gains may have come as somewhat of a relief to those fearing an ever-nearing recession, the coast is not yet clear for the European market. It is as yet too soon to tell whether central banks’ most recent turn to the hawkish side of the policy spectrum will bear fruit in the form of lower inflation rates. Much of these key Indices’ trajectories over the near-term will not be determined within central bankers’ meeting rooms, but rather on the battlefields of Ukraine and the trading floors of Wall Street.