The Pfizer COVID-19 vaccine could soon receive FDA approval for use in children between the ages of 12 and 15. The shot may be authorised by early next week in hopes that widespread adoption will ease the start of the school year in September. The news comes a month after the vaccine, which has already been approved for youth above the age of 16, was shown to also provide protection for the younger age groups. Stock prices for Pfizer (PFE) were up by nearly 3% on Monday. 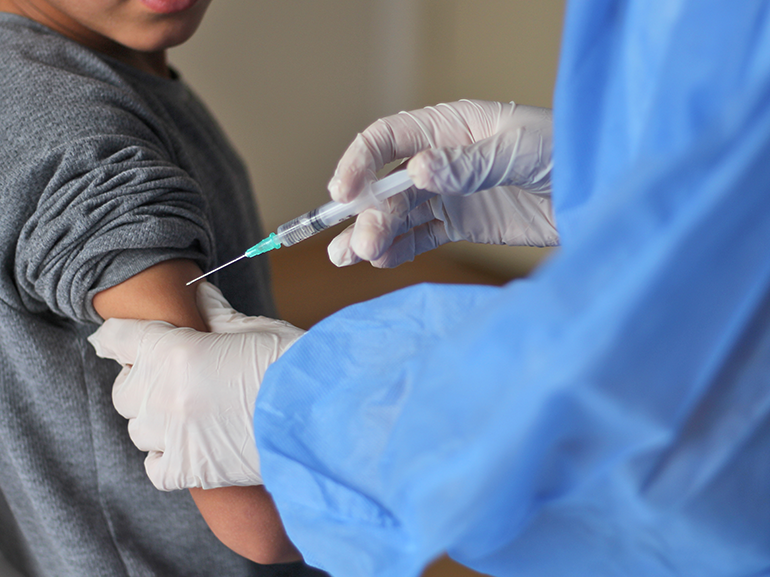 A federal official confirmed the expected timeline for approval and also noted that younger children may be in line to receive the vaccinations by the fall. The approval process still requires a recommendation from a federal vaccine advisory committee and the recommendation’s adoption by the CDC. However, both of these steps can be accomplished within a matter of days.

Moderna (MRNA) is also working towards having age restrictions on its COVID-19 vaccine lowered. Testing is currently being conducted on children between the ages of 12 and 17 and results are expected to be released by the summer. In a sign that things are likely going well, the FDA has already given both Pfizer and Moderna authorisation to start trials on children below the age of twelve.

Pfizer and Moderna to Release Q1 Earnings This Week

Pfizer is scheduled to release its Q1 earnings later today and analysts will be looking for the strength of the company’s COVID-19 vaccine revenue. This could possibly grow as Pfizer begins to export the vaccine from its U.S. based facilities, first to Mexico and Canada, and eventually to other countries around the world. Until recently, the Biden administration had relied upon wartime powers to prioritise vaccine sales for the U.S. government. However, the U.S. was criticised for withholding much-needed supplies from countries that could not afford to produce their own vaccines. Now that 40% of American adults are fully vaccinated, President Biden has pledged to send additional vaccines overseas.

Moderna is also expected to rely heavily on its COVID vaccine to bump up its Q1 earnings, which are scheduled to come out on May 6th. The company sold 88 million doses of the vaccine in the U.S. alone, along with millions more worldwide. Still, these earnings must be balanced against the costs of running pediatric and adolescent trials, as well as new studies on different COVID vaccine variants. The company also expects to see profits from its partnerships with AstraZeneca (AZN-L) and Merck (MRK.DE), who use Moderna’s mRNA technology to develop different therapies.

While the FDA is considering the Pfizer and Moderna vaccines for use in younger populations of children, it remains to be seen what kind of impact this will have on the stock prices of these companies in the future.