Netflix (NFLX), Tesla (TSLA), and Johnson & Johnson (JNJ) are just some of the popular companies which are expected to release Q3 earnings this week. Which companies will come out on top and which will underwhelm market watchers? 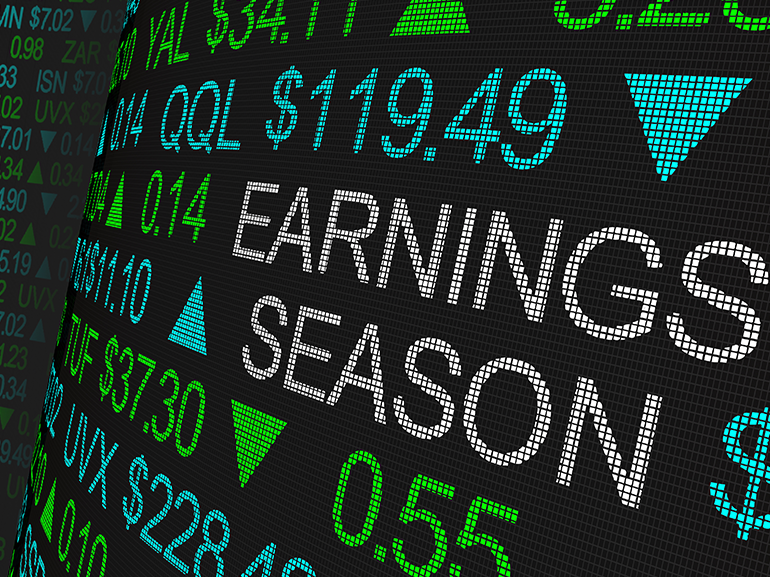 The media streaming giant Netflix is expected to release its Q3 earnings report later today. Attention will be towards subscriber growth, as Netflix cautioned that 2021 would begin slowly after record high customer numbers in 2020. In the first half of 2020, the company signed up almost 26 million new subscribers. This record subscriber growth in 2020 could have been due to the coronavirus pandemic, where many people worked at home or were home due to restrictions.

Netflix estimates it will add only 3.5 million subscribers in Q3. As the economy continues to re-open, it is expected that people will watch less television than the previous year. Netflix shares have shown an uptrend during most of last quarter, and some investors may be confident that the low estimated customer numbers may be beaten. Netflix rose 5.1% on Wednesday 6th October, reaching another record high of $642.74 and closing at $637.21. This may have been due to its probably most viewed T.V. series yet “Squid Game”.

The electric vehicle company Tesla plans to release its Q3 earnings report on Wednesday. It is estimated the earnings per share will be $1.52, representing year-over-year 100% growth compared to $0.76  earnings per share last year for Q3 2020. This means Tesla would report revenue of $13.16 billion for Q3 2021. In the last four quarters alone, the EV manufacturer has beaten earnings expectations three times.

Vehicle demand is increasing and as the economy is amid re-opening, consumers prefer personal mobility. Tesla delivered 241,300 electric vehicles in Q3 2021, which is up from 139,539 cars in Q3 of the previous year. In addition, it is expected the company’s Solar Roof and Powerwall products will see exponential growth.

Tesla shares have almost risen 20% this year and rose 3.2% yesterday.

The biotech company Johnson & Johnson plans to release Q3 2021 earnings later today. It is expected that the focus of the results will be driven by continued market share gains from its cancer medications “Imbruvica and Darzalex”, its immunology treatments “Stelara and Tremfya” and also its COVID-19 vaccine.

Johnson & Johnson is likely to see higher growth and an increase in total procedures volume. Trefis, the data analyst firm, forecasts that the biotech company will show Q3 revenues to be approximately $23.75 billion, which is not that far from the consensus forecast of $23.74 billion.

According to Trefis, Johnson & Johnson’s Q3 earnings per share is estimated to be $2.42, which is just over the consensus forecast of $2.36 per share.

The biotech pioneer’s net income of $6.6 billion in Q2 2021 showed a 49% year-over-year increase. The company is expected to also see an improvement in sales margins, specifically in its Medical Devices and Consumer Healthcare sector. This sector has driven most of the earnings growth for 2021.

Netflix, Tesla and Johnson & Johnson have seen consumer growth for 2021, but it is uncertain how their shares will react after Q3 results will be released. Traders may be watching closely for market movements this week to capture any potential Q3 earnings opportunities.