Investors are anticipating some major big tech earnings releases set for the coming days. Some of the big tech companies include IBM, Microsoft, AT&T, and Tesla. In mid-November 2021, rising interest rate fears and inflation concerns deterred investors from software companies, which sent scores of prior outperformers into correction territory.

Big tech isn’t the only sector this week which will release Q4 earnings, traders will keep an eye open for others like Johnson & Johnson, and Boeing. These earnings releases may bring traders’ attention especially in light of recent market plummets whereby sector indices which include these stocks like the Nasdaq, the DJIA, and the S&P500 reported some of their worst declines since 2020. 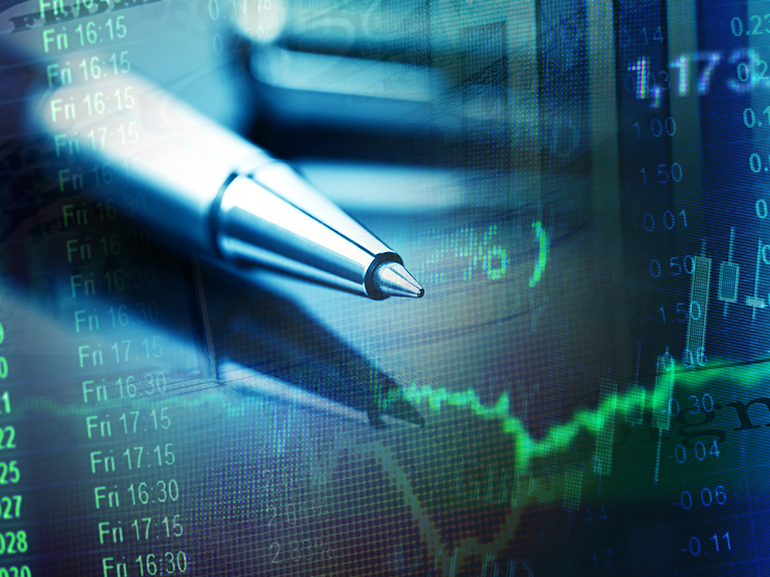 IBM in the Spotlight

After market close, IBM is expected to announce its Q4 earnings Monday 24th, being the first financial update since its corporate spinoff of Kyndryl, the company's former IT services business. The deal to separate it from IBM was done during the last quarter.

Adjusted due to the Kyndryl spinoff, analysts forecast fourth-quarter growth revenue of $16.1 billion, which is an increase of approximately 2.5% in comparison to the adjusted previous year level of $15.7 billion. It is also expected to see non-GAAP profits stemming from ongoing operations for the quarter of $3.14 per share, climbing from a spin-adjusted $1.88 per share a year ago.

Due to undesirable currency exchange rates, IBM has stated that fourth-quarter revenue would sink by one or two percentage points. However, this year the big tech company expects annual growth to return to mid-single-digits.

Traders may keep an eye out on Tuesday 25th after market close as Microsoft (MSFT) is set to release its fiscal quarter ending December 2021. According to analysts, the consensus EPS prediction for the quarter is $2.29 earnings per share, an increase compared to $2.03 earnings per share for the same quarter a year ago.

The tech giant is expected to report revenue growth of almost 17% to approximately $50.3 billion. Microsoft has beat earnings per share forecasts five years straight and is believed to be the best FAANG stock for an earnings buzz.

The multinational conglomerate company AT&T plans to release its Q4 results before markets open for trading on the New York Stock Exchange on Wednesday 26th. On the same day, AT&T will hold a meeting to discuss the results.

This Q4 is expected to show lower revenues year over year, even though the tech giant improved market conditions due to ongoing infrastructure investments for the 5G distribution. The company’s 5G network includes over 250 million customers.

The electric vehicle giant Tesla (TSLA) is expected to announce its Q4 earnings on Wednesday 26th after the closing bell. Analysts predict earnings per share of $2.31, which shows year-over-year growth of 180%, quite a jump in comparison to 2020 for the same quarter of $0.80 earnings per share.

In addition, analysts forecast that Tesla would post revenue growth of more than 50% to $16.65 billion. The EV company has exceeded expectations only twice in the previous four quarters.

According to Tesla, Q4 deliveries were 20% above their predictions and are already above the company’s prior FY22 forecast.

Other Monster Earnings Ahead

This biotech and pharmaceutical giant is set to release its Q4 earnings Tuesday 25th before the market opens. For Q3 2021, the company published an earnings surprise of 9.7%. Johnson & Johnson (J&J) has exceeded earnings expectations for all quarters in 2021. The company showed a four-quarter earnings average of 8.34%.

J&J is thought to have outperformed the market by ongoing penetration and new indications across key products, including Imbruvica, Darzalex, and Stelara. Not only that, J&J markets Imbruvica in partnership with AbbVie, the American biopharmaceutical  company. The Zacks Consensus Estimate for these three key products is $1.15 billion, $1.61 billion and $2.46 billion, respectively. In addition, forecasts stand at $2.12 earnings per share.

Boeing, the world’s largest aerospace company,  is set to publish its fourth-quarter results on Wednesday 26th, before the opening bell. In the third-quarter the aerospace pioneer reported an underwhelming negative result of 252.94% earnings. These fourth-quarter factors are in play to aid in boosting last quarter’s results such as solid commercial exposure, defense deliveries, and strong aftermarket commercial jet services volume.

Analysts estimate that Boeing’s unit revenue is $4,151 million, an increase compared to Q4 last year of 11.2%. The consensus mark is forecast at $574 million, a jump from $143 million in Q4 2020. In addition, analysts estimate that total revenue for the aerospace company is $17.63 billion, a 15.2% climb from the previous year’s reported figure.

These leading tech companies and more are only some of the big pioneers to release Q4 earnings this week. Apple is also expected to publish its Q1 2022 earnings on January 27th, so this massive earnings week may get market watchers on the edge to find out which companies will come out on top and which may underwhelm. It remains to be seen how these results will affect these companies' shares.