After a long-anticipated wait for the important event, Federal Reserve Chair, Jerome Powell delivered what some may consider an anticlimactic speech, or even a “snoozer,” according to some analysts. Some have gone as far as to say that Federal Reserve Chair Jerome Powell said “nothing,” as the Fed boss said his bank could begin tapering, but provided no actual timeline. 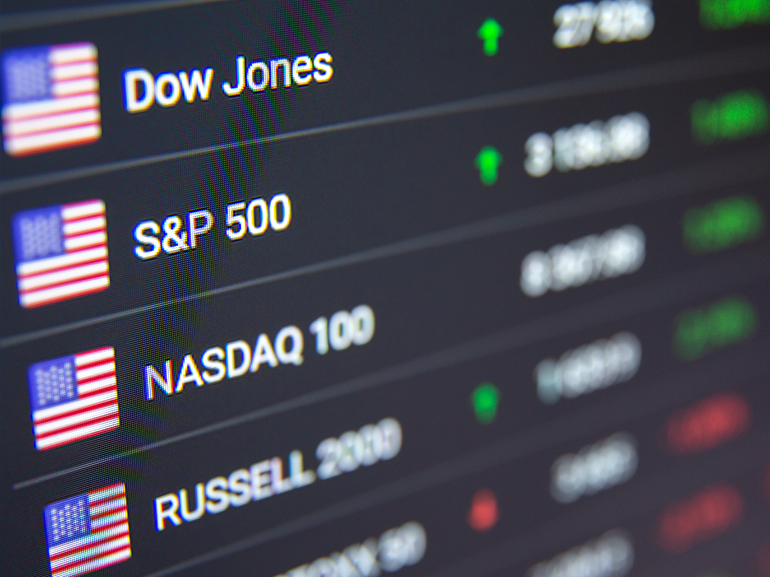 Investors cheered as Powell allowed for continued support, bidding up risk assets, pushing the S&P 500 (USA 500) Index and the Nasdaq 100 (US-Tech 100) to back-to-back all-time highs, on Friday and Monday. All U.S. benchmarks are up in the futures market while the EURO Stoxx 50 Index (Europe 50) is on track for its seventh straight monthly gain.

Is investors’ confidence justified, or might the euphoria be misplaced? Some warn that the price action is mirroring that of 1999, before the Dotcom bubble burst. Even long-term bulls are saying stocks may enter a 10% to 20% correction.

The Federal Reserve’s former Vice Chair for Financial Supervision, Don Kohn, warned that the global financial system is in danger. In a speech to the Federal Reserve Bank of Kansas City, at its annual Jackson Hole Economic Policy Symposium, Kohn urged that there are “unusually large risks…which could result in the financial system amplifying shocks, putting the economy at risk”. Kohn highlighted that in the Fed minutes themselves, committee members acknowledged “notable” vulnerability, specifically because risk assets, including US indices, rose to their highest on record, at the same time that both government and private debt also near record levels. Kohn emphasizes that policymakers may not be able to stop such a crisis, given that they have already used up their policy arsenal. His views are shared by many famous investors.

Is Fed unity showing cracks? It’s not just a former member who is not towing the party line. Federal Reserve Vice Chair Richard Clarida may have also expressed dissent. However, given that Clarida is a sitting member, his discord may be accordingly nuanced.

While Fed Boss Jerome Powell wants to see job growth improve before considering raising rates, Clarida submits, “We’ve made progress on the labour market”. While Powell admitted as much, the two are stressing two different aspects of the same theme. Furthermore, while Powell wants to see the improvement, Clarida expects “further gains in the autumn.”

A less nuanced expression of dissent might be interpreted from comments by the Cleveland Fed President Loretta Mester, who said in an interview that her bank met the conditions to begin reducing its asset purchase. Still, she allows that the continued spread of the Delta strain may provide risk.

Also, a careful read of the recent Fed minutes underscores a division over reading employment data and the timeline for tapering the bank's massive spreadsheet, which it uses to continually pump liquidity to keep the economy lubricated.

If the above described interpretations are not enough to demonstrate the potential change for policy change, some market participants see a clear message stemming from Powell’s speech - the Fed will begin cutting back its stimulus in the fall.

The Fed chief is simply trying to avoid another so-called “taper tantrum”, according to this opinion. In 2013, when the Fed informed the market of its readiness to slowly put the brakes on its quantitative easing program, investors rushed to sell Treasuries, causing a spike in yields. Now that stocks and indexes are the most expensive they’ve ever been, Powell may wish to avoid a stock market crash on his watch. Nevertheless, this opinion holds that it’s clear the Fed will begin cutting back its stimulus in the fall.

How will the S&P 500 Index and the Nasdaq 100 perform in the upcoming days after posting repeated all-time highs, thanks to the ongoing Fed support?