The Euro has reached a two-year high against the US Dollar, topping out at 1.20 against the USD on September 1st. This comes amid the backdrop of a reopening European economy along with a falling USD valuation.

Following multi-trillion dollar stimulus packages from the US government earlier in the year, the dollar has continuously slid against foreign currencies such as the GBP (0.74), EUR (0.84), and the AUD (1.36). While this change has grabbed the attention of traders, the US Federal Reserve announced a shift in policy on the 27th of August, focusing more on long-term stability than immediate corrections.

The shift in policy, announced by Jerome Powell, Chair of the Board of Governors of the Federal Reserve System, allows for an acceptable inflation rate of 2% on average. This indicated that the Fed will not raise rates as often, even if a situation arises where interest rates would keep the currency in check. While this gave the market reason to believe that interest rates will remain low, the Fed did not offer details on how inflation will be managed, leaving traders to speculate on which future fiscal policies will be implemented to manage this new approach. 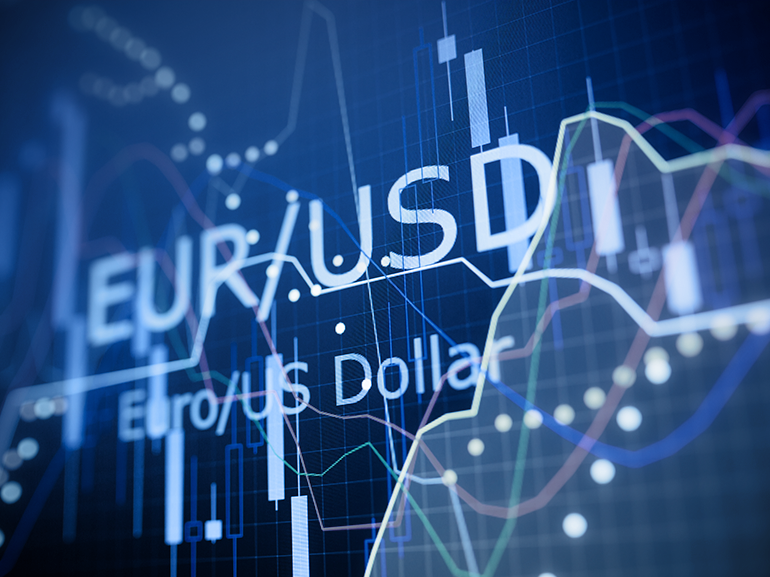 EUR/USD has climbed beyond 1.20, threatening to disrupt the gains of Germany’s manufacturing sector, which exports heavily to the United States.

A weaker dollar and stronger Euro means European goods are relatively more expensive. With Germany exporting just shy of $130 billion worth of goods to the US in 2019, this currency imbalance has caught the attention of the European Central Bank (ECB). In the meantime, Germany is showing signs of slow and steady growth with unemployment holding at 6.4% and inflation fairly stable with a -0.2% change for August 2020.

These forecasts have allowed Germany to recover at a quicker rate than the 2008 financial crisis, bringing the German government to revise GDP predictions from a 6.3% retraction to a smaller 5.8% retraction. At the same time, Chancellor Angela Merkel’s government predicts a 4.4% expansion for 2021, toned down from their April prediction of 5.2%.

The strengthening Euro alongside a predicted 12.1% drop in manufacturing is causing uneasiness in Germany’s manufacturing sector, affecting unemployment and forcing purchasing managers to hold off on ordering raw materials.