Tencent (0700.HK) stock dropped by over 6% on Tuesday as the Chinese government's crackdown continued. Beijing’s latest steps to reign in online entertainment come in the wake of previous measures taken against e-commerce and online education companies. 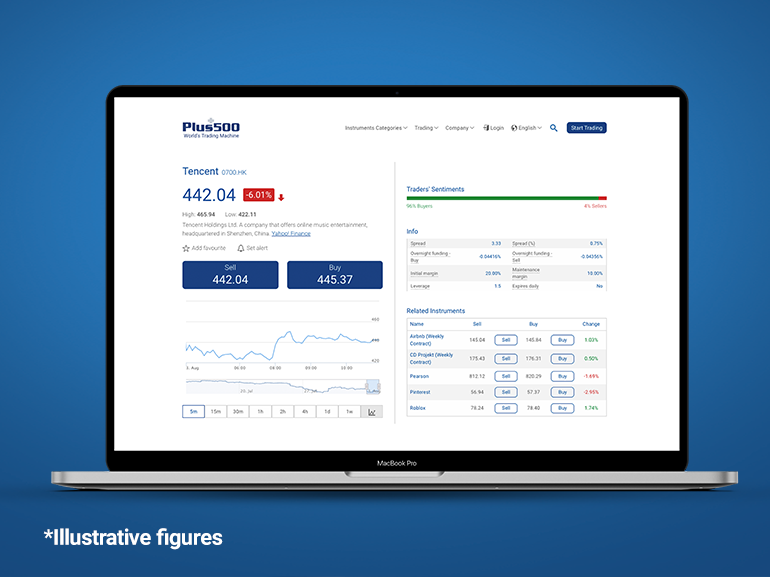 Tencent’s share price drop may have been caused by an article published by the state-owned Xinhua News Agency that expressed heavy criticism of the online gaming industry’s effects on Chinese youth. The article went so far as to liken internet gaming to hard drugs. Many have begun to be concerned that these views being expressed in a state publication may presage a crackdown on online gaming platforms.

Tencent preemptively responded by stating its intention to limit online playing time for minors; however, some have expressed their expectation that regulators could seek to further limit the online entertainment platform’s activity. These may prove to be well-founded, as the Communist Party recently imposed stricter controls on massive online companies such as Alibaba (BABA), and Meituan (3690.HK). Other recent regulatory changes targeted online tutoring companies, contributing to a $1.2 trillion drop in Chinese share values last month. Furthermore, Tencent had a previous run-in with the PRC authorities in 2018, when government agencies suspended their monetisation licensing. Stricter measures like those taken against TAL Education (TAL) or New Oriental Education & Technology Group, Inc (EDU), could be forthcoming.

Market drops in Asia were not limited to China on Tuesday. As investors grow more concerned about the possible economic impact of the COVID-19 virus’ Delta variant spreading, some Asian indices are being affected. Hong Kong’s Hang Seng (Hong Kong 50) index dropped by over 0.4% on Tuesday, while the Japanese Nikkei 225 (Japan 225) fell by 0.5%. Although market watchers may have been cheered by many companies’ recent earnings releases, the Delta variant’s spread across parts of Asia might put a damper on optimism in the days and weeks to come.

Markets across Asia remain in a state of uncertainty this Tuesday, as it is unclear how the spread of the Delta variant and Chinese government measures will influence stock movements.