Silver (XAG) hit a near eight-year high this morning, reaching 30.131 per troy ounce, following a series of posts in Reddit’s WallStreetBets forum. 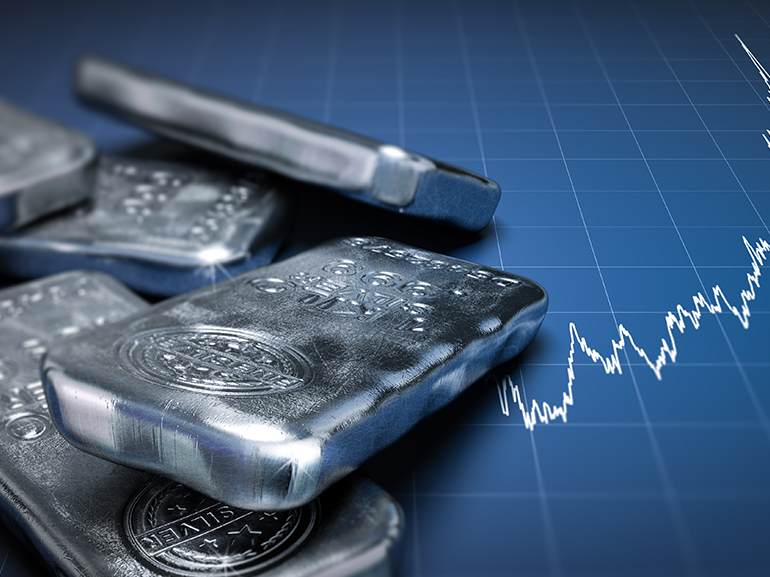 Retail investors turned to silver in a new wave of trading against market trends in a concerted attempt to show their strength, just as they did with GameStop (GME). As a result of this online attention, silver surged over 30 this morning. Over the weekend a series of Reddit WallStreetBets forum posts encouraged members to buy the precious metal in addition to buying other small cap stocks which were being shorted by large hedge funds.

One of the posts on the WallStreetBets forum brought traders’ attention with information that iShares, an exchange that traces silver prices, may be the biggest short in the world.

Differences in market capitalisations between stocks and commodities markets may spell a short life for retail investor attempts to squeeze silver. There is a much larger base of investors for this metal, and unlike share prices, there is a direct correlation between the price and the demand of the physical commodity. Additionally, since silver is considered as a safe haven asset, its price is connected to how the dollar performs.

Reddit’s online community of retail investors have not only brought attention to Silver, but have also had their traders’ eyes on struggling companies. Some of these include:

AMC Networks (AMCX) an American entertainment company rose 3.6% since Friday, which was unexpected as the company reported a 92% drop in U.S. consumer usage in the fourth quarter 2020 when compared to 2019’s final quarter. The fall could have been due to movie theatre closures during the coronavirus pandemic.

Nokia NOKIA.HE, the mobile phone icon shifted on Thursday hitting a high of almost $5 a share. At the end of January, an industry report showed that Nokia was suffering with only 0.7% share in the smartphone market, ranking 15th in the segment.  One reason for this unexpected high could be due to Reddit’s online attention.

BlackBerry BB, the Canadian mobile phone company also experienced some market movements after a tough year, reporting $794 million in losses for the last quarter of 2020. On Wednesday, the telecommunication giant skyrocketed with a high of 28.84 per share.

Reddit’s online attention has silver currently on the rise as other struggling stocks have shifted, but it remains to be seen if it can keep its lustre with traders and if the WallStreetBets forum will continue to spark the markets.