As Western powers piled sanctions onto the Russian central bank in response to the ongoing invasion of Ukraine, Cryptocurrencies traded up on Monday and Tuesday. Let’s take a look at why the rapidly-materialising sanctions regime against the Russian Federation may be boosting digital coins. 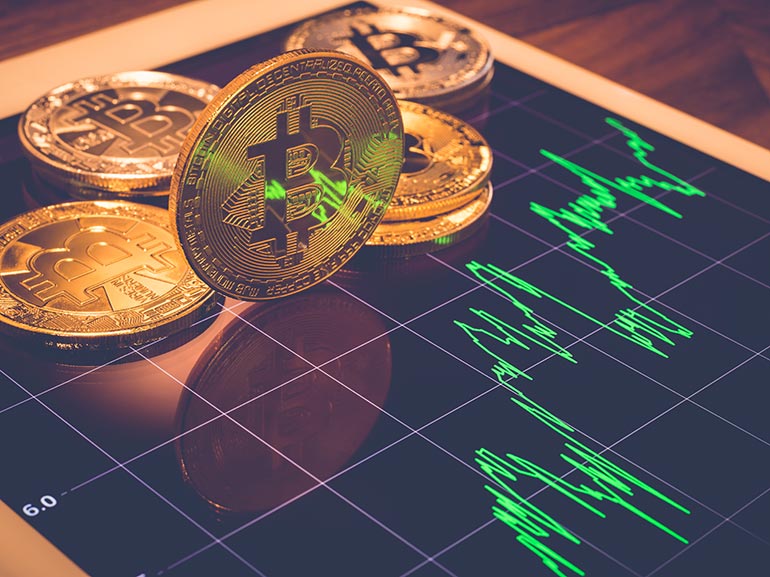 On Monday, the United States and the European Union unveiled a package of steps aimed at the Russian central bank designed to apply economic pressure on Russia. The Russian central bank’s president, Elvira Nabiullina, may have been intending to dip into the country’s Forex reserves in order to help the Russian economy weather the effects of the previous wave of sanctions.

However, after yesterday, the Bank of Russia will be barred from selling its U.S. dollar, euro, and other currency holdings to prop up the ruble’s international exchange rate. Already, the Russian Federation’s currency lost nearly a third of its value yesterday and was trading at a record low of less than one U.S. cent to the ruble.

Ordinary Russian citizens are already feeling the burn of their country’s financial institutions’ increasing isolation; the stock market in Moscow has not yet been permitted to open for trading this week, and yesterday the central bank doubled interest rates. It is in the context of this rapid fiscal deterioration that many may be turning to alternative stores of value.

Now that traditional banking transactions have become rapidly more difficult for millions of Russians, decentralised currencies like Bitcoin and Ethereum (ETHUSD) may be picking up the slack. Despite the plea from top Ukrainian politician Mykhailo Fedorov for Crypto exchanges to freeze the digital wallets of Russian traders, trades between digital currencies and the Russian ruble reached their highest level since July 2021 yesterday.

Crypto sceptics have repeatedly raised the question of whether these currencies are truly viable as an alternative store of value given how closely the Dollar value of digital coins has tracked major Indices over the past year. However, this tight correlation may be on the verge of uncoupling if current trends continue.

On Monday, New York’s S&P 500 (USA 500) dropped by over 0.2%. Conversely, digital tokens seem to be on their way up. Bitcoin is up 15% so far this week, while Ethereum marked a 11.6% rise for the week as of Tuesday morning. Even Solana (SOLUSD), traditionally considered less stable than more established coins, is up 13.5% for the week as of the time of writing. The Crypto 10 Index (Crypto10) gained nearly 13.9% over the same timeframe as well.

Accordingly, Bitcoin has now officially exited its three-month slump of trading below its 50-day trendline. Some analysts are saying that the coin’s correlation with major Indices could be broken over the near-term, with other digital currencies trading according to their own market logic rather than mimicking wider stock movements in coming months.

Bitcoin (BTCUSD) has already broken through its previously-estimated ‘resistance level’ of $42,800 as of the time of writing; the next barrier for this premiere coin’s value could be above $50,000. Despite the encouraging trading patterns of the past couple of days, Crypto boosters may wish to wait and see what the European Union’s next moves in response to the Russian incursion into its southern neighbour’s territory will be.

Christine Lagarde, president of the European Central Bank, expressed her support last Friday for measures that would limit the ability of Russians to use Crypto assets to avoid the sanctions currently ravaging the traditional banking sector. All in all, in a time of such deep geopolitical and fiscal uncertainty, much of what will shift Crypto markets in the coming days is as yet opaque.