After a tumultuous 2021, Asian indices dropped on Wednesday. The decline was led by key tech stocks, pressured by new Chinese regulations as well as rising U.S. Treasury bond yields. 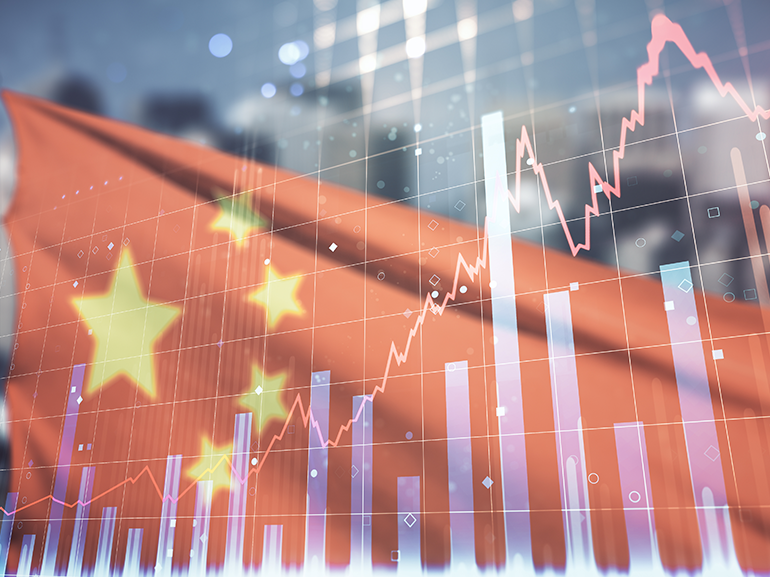 After rising very slightly on the second trading day of 2022, Hong Kong’s Hang Seng index (Hong Kong 50) closed down by 1.6% on Wednesday by the time of writing, having hit an all-time low over the course of the day. China’s A50 index (CN) also dropped by over 0.2% on Wednesday. Given that global tech was indubitably one of 2021’s success stories as a sector, what’s causing Asian technology to fall now?

Many analysts are attributing at least some of this latest tech drop to factors coming from across the Pacific; tech stocks in the United States are down, with the Nasdaq (US-TECH 100) dipping by 1.3% on Tuesday as some investors may be looking to invest in other sectors, like energy. U.S. 10-year bond yields opened 2022 at the fastest pace they’d seen in 20 years; this isn’t great news for tech firms, which become relatively less attractive to traders when bond yields jump. However, the main causes behind Wednesday’s drop may not be related to America.

Chinese government regulations hitting Chinese tech firms has become a recurring motif over the past year, with rule-tightening pushing the share values of companies like Alibaba (BABA) and TAL Education (TAL) down in 2021. Furthermore, the Chinese Communist Party does not seem to have left its crusade against supposed monopolies in the technology sector in 2021, as on Tuesday it announced new directives mandating more thorough oversight on firms seeking to be listed overseas. According to these newest rules propagated by the Cyberspace Administration of China (CAC), platforms in possession of data on over one million users will need to undergo a mandatory security review before they can be listed overseas. This new regulation is planned to come into force in mid-February, but it is unclear as yet whether firms seeking to be listed on the Hang Seng will also fall under its purview.

What Can Be Expected From Algorithm Regulations?

China’s authorities also made clear on January 4th that rules constraining the use of algorithms on online platforms, first released for public comment last summer, will be in effect from March 1st. With the world’s largest population of internet users, Chinese online platforms have apparently been using user-generated data in combination with AI to refine targeted recommendations for products and video content.

According to the CAC, these rules are intended to clamp down on price discrimination enabled by the use of data collected on netizens’ purchases and interest; however, other observers hold that the restrictions are part and parcel of the Chinese government’s continuing campaign to shape social trends via the internet.

The new regulations set to come into effect are expected to cloud the economic outlook for firms such as entertainment platform Tencent and delivery service Meituan (3690.HK), the operating costs of which will increase this year. Smaller startups in the tech sector could also have their growth prospects stunted by these new, more stringent rules. Meituan dropped by nearly 11.5% on Wednesday; Tencent’s 4.6% fall this morning was less dramatic, but it pulled an additional Asian tech stock down with it.

Hang Seng-Listed Tencent (0700.HK), which operated China’s ubiquitous social media platform WeChat, announced Tuesday that it would be cutting its stake in Singaporean e-commerce platform Sea Ltd. from 21% to 19%, or about $3 billion.

Tencent’s stock headed downwards along with many other Hang Seng-listed tech stocks on Wednesday morning, but this announcement the day before might have shaken investor confidence in Sea (SE), which dropped by over 11% on January 4th. The Singapore-based firm is involved in video game development and financial services via its platform.

According to Tencent itself, this move is intended to free up cash for investments in other activities–the firm also sold a large tranche of shares in Chinese e-commerce company JD.Com (JD) a few days ago, which may be the culprit for the latter’s Tuesday slump of 6%. Despite Tencent’s stated reasons for the selloff, some market watchers posit that the move could have been influenced by the Chinese authorities’ campaign to break tech sector monopolies. Some investors may have been feeling skittish due to concerns that Tencent may sell off shares in Meituan as well, thus contributing to the latter firm’s drop.

2022 opened up with Chinese tech stocks in a state of volatility, with domestic firms seeking to chart a prosperous way forward between China’s continuing crackdown on Big Tech, and pressure caused by economic developments in the U.S. With the outlook for these firms as yet unclear, this year is shaping up to be an interesting one for traders looking for opportunities in the sector.