Moderna (MRNA) stock hit a record high on Monday as global vaccination programs ramped up. Last Thursday’s earnings release also showed that the biotech company made $4.4 billion in revenue in the second quarter of 2021.

Across the globe, more countries, cities, and even amusement parks are requiring citizens and visitors to present proof of vaccination or a negative COVID test prior to entry. These new rules may be encouraging some to get vaccinated. 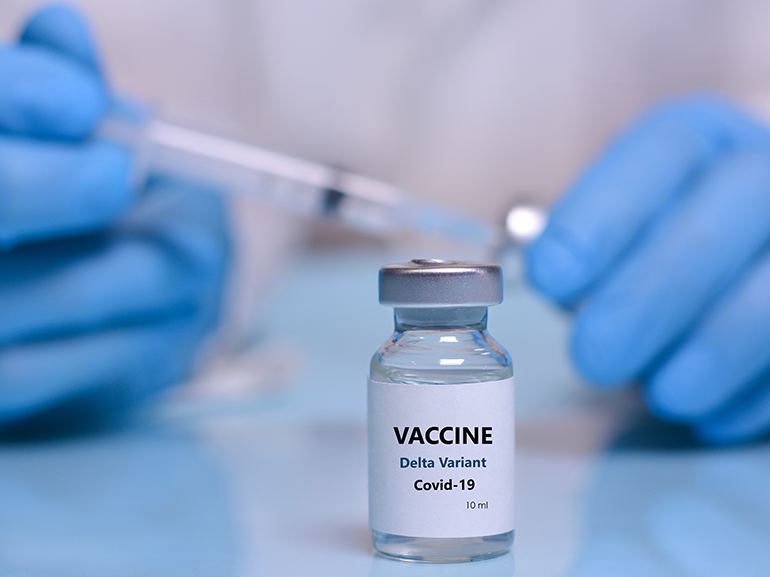 Rising vaccination numbers have led to steep rises in stock value for biotech companies specialising in the technology used in COVID-19 vaccines. Moderna, the Massachusetts-based biotech firm, plans to produce up to 1 billion doses of its proprietary vaccine by the end of the year in order to satisfy demand. The company’s chief executive, Stephane Barcel, expects that vaccine output for 2022 will be between two to three billion doses. Taking sale agreements that have already been signed into account, Moderna projects total sales revenue of about $20 billion for 2021.

Last Thursday, Moderna’s earnings release revealed revenues of $4.4 billion in Q2 2021--a meteoric rise of over 6,000% compared to last year's figures for the same period. Net income for the company was $2.8 billion, and Moderna stock provided a return of 434% over the past year, easily outpacing the average for the S&P 500 (USA 500), which was 33%.

Moderna’s success story continued as trading opened this week. On Monday, its share price jumped by over 17% to hit an all-time record price for the company. The previous peak of $443.99 had been reached last Thursday, which Monday’s rise easily surpassed. With Monday’s news that Australia had secured 25 million doses of the Moderna vaccine for distribution among the country’s population, as well as the World Health Organization’s recent request that vaccine producers provide more vaccines to previously unreached nations, it seems that Moderna’s star may continue to rise.

Although the continuing pandemic has clearly been beneficial for biotech companies’ bottom lines, other sectors of the economy have not been so lucky. Fears of a coming peak in U.S. COVID-19 infections may have had a negative effect on some airlines’ stock prices as many refrain from air travel.

American Airlines (AAL) fell by over 2% on Monday, while Texas-based Southwest Airlines (LUV) and Chicago’s United Airlines (UAL) lost nearly 2% and over 2.4% of their stock value respectively on Monday as well.

As the world moves into the second year of the COVID-19 pandemic, it is uncertain which companies will be the winners and losers in the new economic landscape.