Traders may keep a watchful eye on this week's GDP, earnings, and unemployment rate releases. Some market watchers might prepare for any potential trading opportunities these upcoming news events may bring. Here is what to expect in the markets this week. 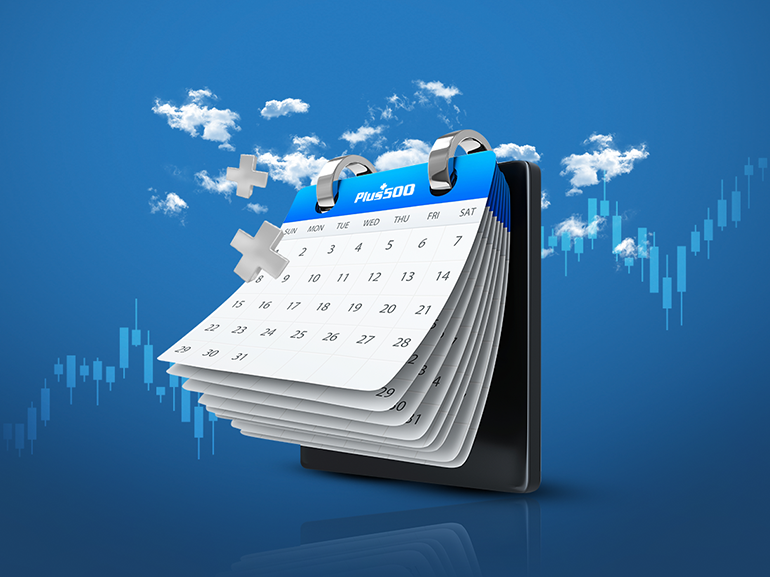 On Monday after the market closes, Zoom (ZM) is expected to publish its earnings release for the second fiscal quarter of 2022. The leading investment research company, Zacks, has reported forecasts for the quarter to be $0.82 per share. The consensus EPS forecast for the same quarter last year was $0.72.

Estimated total revenues for the company are between $985 million and $990 million for Q2 fiscal 2022. The revenue consensus mark is pointed at $990.2 million, a 42% increase compared to a year ago for the same quarter.

Market watchers may be anticipating how Zoom’s shares may react after its Q2 earnings announcement. (source: finance.yahoo.com)

The Australian Gross Domestic Product report is expected to be released on Tuesday. Analysts have forecasted that GDP will fall by 2% in Q3 compared to the previous period. Recent lockdowns in Australia could potentially dim economic growth this quarter. However, as restrictions are expected to lift by the fourth quarter and the economy is forecasted to begin recovery.

In New South Wales and Victoria, the Sydney and Melbourne communities have been shattered by Australia’s recent lockdowns. These major cities account for approximately half of the national GDP. Recent rising coronavirus cases have caused the country to reassess its disease control strategy for the virus.

According to Goldman Sach's (GS) revisions, the 2021 forecast was cut in annual average terms by half a decimal point to 4.2%. However, its 2022 prediction rose by 0.4 decimal points to 4.2%. (source: bloolmberg.com)

With the uncertainty surrounding Australia's economic outlook, traders may follow the AUD/USD for potential movements on Tuesday after the Australian GDP report is expected to be released.

The U.K. PMI Is Expected for Release, September 1st

On Wednesday, the U.K. Manufacturing Purchasing Managers' Index (PMI) is set to be released, a leading indicator of economic performance. In July, the PMI stood at 60.4 and during August it slowed down to 60.1. However, both monthly figures were above market expectations of 59.5.

Weaker production figures and slower employment creation numbers were seen in the last report. However, not all was negative, as pre-production inventories revealed the fastest climb since December 2020. Not only that, business expectations hit a three-month high.

According to Trading Economics global macro models and analysts, the Manufacturing PMI in the United Kingdom is expected to be 56.00 by the end of this quarter.

On Friday, U.S. Unemployment Rate numbers are planned for release. In July, the unemployment rate in the U.S. sank to 5.4% from 5.9%, marking the lowest level since March 2020. In addition, this was below market estimates of 5.7%.

Unemployment figures dropped by 782,000 to 8.7 million, marking a significant drop from the highs seen at the end of the February-April 2020 recession. Nevertheless, unemployment rates remain above their pre-pandemic levels.

The U.S. Unemployment Rate numbers aren’t the only figures traders may be waiting for on Friday. This day is also expected to bring the U.S. Nonfarm Payrolls figures to the public. In July, employment figures rose by 943,000.

July’s results followed June’s rise of 938,000, which was an upward revision from 850,000. Furthermore, details from the report revealed that the Labour Force Participation Rate improved to 61.7% and the Average Hourly Earnings rose by 4%.

The majority of economic activity stems from consumer spending, which depends on job creation being sustainable.

Traders may be on the lookout for either a higher-than-estimated result from the U.S. Nonfarm Payrolls Rates, which may be positive for the U.S. Dollar, or a lower reading which might reflect negatively for the American currency.

It’s uncertain how these upcoming market events will affect the markets. As a result, many traders wish to stay up-to-date with market news to find out how the markets will react.