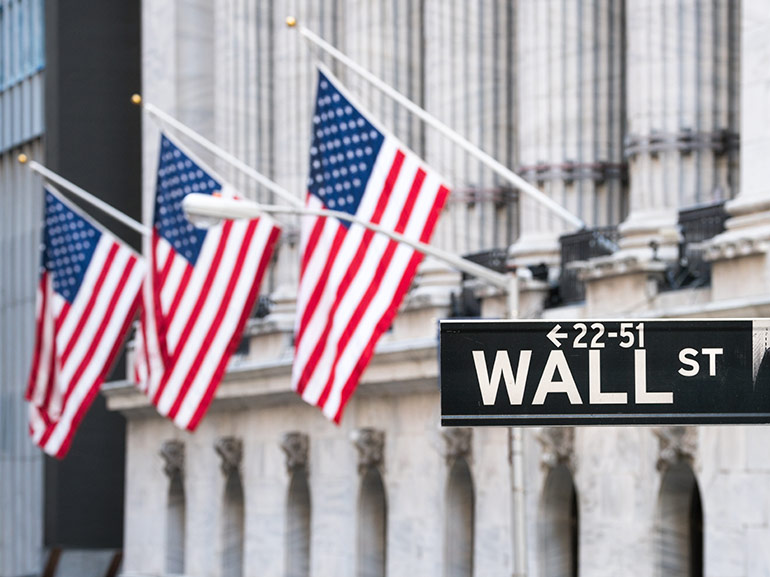 The selloffs came after noted investment banks Goldman Sachs, Morgan Stanley and Citigroup reissued warnings of risks that may end the rally that has seen a string of records. The combination of high valuations and the continued spreads of the Delta variant, disrupting the global recovery may increase the risk.

However, some see the current selloffs as an extension of last week’s rout, following a disappointing Nonfarm Payroll report. The American economy created only 235,000 jobs, less than a third of the expected 750,000 economists were waiting for. Moreover, it was the lowest reading in seven months.

If those two factors, the NASDAQ-100 having reached a record closing high of 15,675.76 on September 7th amid a possible economic slowdown, weren’t enough, investors now must contend with the possibility that the Federal Reserve may begin pulling back its support to the economy and markets.

U.S. Economy Has “Downshifted” According to Fed

The U.S.’s economic activity “downshifted” in July and August, the Fed noted in its recent survey of the country’s business conditions, known as the “Beige Book.” Analysts expect that after the weak jobs report, the Fed is likely to begin reducing its bond-buying program.

Furthermore, all this is happening during September, infamous for being the worst month of the year for stocks. Historically, this month was the prelude for the worst market crashes in history, including 1929, 1987, 2008, and the 2008 market falls.

Even before the August disappointing payrolls, long-term bull Julian Emanual, Managing Director and Chief Equity and Derivatives Strategists at BTIG,  has already warned that the current price action is behaving as it did in late 1999, right before the Dotcom crash. Emanual predicts a possible 10 to 20 percent correction.

First, it’s usually impossible to know for certain whether there will be, in fact, a correction. Second, even if there will be a correction, what eludes most investors is the timing. However, some argue that in our present conditions, a correction is not only likely but may be easy to time. When you have both the obvious economic risks of the pandemic, compounded by the Fed’s paring stimulus, the correction may be all but certain, and the timing would be when the USA 500 (ES) Index falls below its 50-day moving average. This measures the average price of the last 50 days. Since the average is calculated daily, the indicator moves up or down accordingly, which is why it’s called a “moving average.” Given that the moving average has been supporting the S&P 500’s uptrend, some believe that when the price falls below that indicator, it will signal a correction.

So, is a market decline a foregone conclusion? No. Steve Chiavarone, a portfolio manager at Federated Hermes, doesn’t believe the economy is in for a “massive slowdown.” Chiavarone points out that Americans are holding “a ton” of cash, which will keep supporting consumer spending, making up 70 percent of America's GDP, the largest component. Chiavarone expects the economy to rebound with the back-to-school season, as consumers pushed the economy higher amid last year’s holiday shopping, after the lockdown.

What do you think is more likely? Will an economic slowdown and the Fed’s stimulus tapering cause a correction to the NASDAQ-100, Apple and Facebook? Alternatively, will the back-to-school season have enough juice to kick-start the economy, as consumers did in last year’s holiday spending, after the lockdown?