Google’s stock Alphabet closed on Monday at $2,880.93, but that was before a potentially catalytic event today.

South Korea’s regulator overseeing fair competition said on Tuesday it will penalize Google (GOOG) with a 207.4 billion Korean won ($176.9 million) fine for what it considers abuse of the company’s dominant position in the mobile operating market. 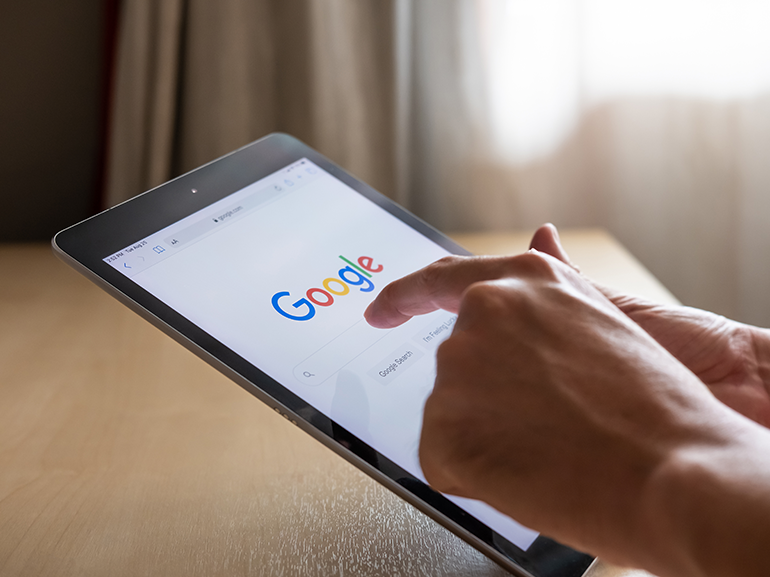 Android, the company’s operating system, is the one most used in the smartphone space. The Korea Fair Trade Commission accused the world’s largest search engine of forcing smartphone makers like Samsung (SMSN-L) to use Google’s operating system exclusively, closing off competition.

The news also reported that Google made smartphone makers sign an “anti-fragmentation agreement” (AFA) if these companies wished to enter major contracts with Google regarding app store licenses and early access to its operating system. This condition placed pressure on device producers. In fact, this report alleges, the requirement coerced these companies who wished to be included in business with the market’s greatest player, into choosing Google over any other company on every related matter. The Korea Fair Trade Commission ordered Google to stop this practice, unfair to a free market and demanded the tech giant take corrective steps.

Additionally, South Korea’s National Assembly passed a bill on August 31st, exactly two weeks earlier, limiting Google’s, as well as Apple’s (AAPL), grip over other companies’ selling formats on the two operating systems’ platforms. This is the first law that diminishes the tech behemoths’ control of how apps sell digital products on their apps.

Will it be the last? How will this regulator- and legislature-concerted South Korean challenge to Google’s market share affect the price of its stock? Also, how will investors react if other countries will take a page out of South Korea’s book and do the same?

Furthermore, how might Tuesday’s South Korean legislation affect Apple shareholders? How might investors see the value of the company’s stock, if these sorts of anti-monopoly fines and regulations and laws start to be implemented around the world?

Apple rose on Monday less than 0.4%. That comes after it declined 3.3%on Friday in its sharpest daily sell-off since May. The company was the worst performer on the DJIA (USA 30 - Wall Street). Investors were thought to sell Apple’s stocks after a Federal court ordered the technology firm to allow developers to siphon customers away to different applications.

How might these potentially accumulated fines affect the trade worthiness of these companies’ equities? More importantly, how could new regulations and laws limiting the market share of the two tech giants affect their business growth?

All these questions that investors might now be asking themselves are concurrent with pre-existing concerns that technology stocks might already be too hot.

Technology corporations’ valuations have expanded to more than $35 trillion. That is one-and-a-half times more than the $20.81 trillion U.S GDP in 2020. Apple is the world’s largest tech company in 2021, and Google is the fourth, putting them on top of the list of companies whose valuations have ballooned.

Nevertheless, some analysts expect both companies’ stocks to keep rising. Morgan Stanley’s (MS) analyst Katy Huberty expects Apple’s stock prices to rise amid a busy period of product launches this year. She considers a lack of interest in the stock right now as a positive setup for buy positions if Apple’s annual event spearheads bullish expectations.

CNBC’s Mad Money host Jim Cramer shares the view that current stock weakness is positive, but for a different company. Jim Cramer said that Google - at 28 times next year’s earnings - is among the lowest priced FAANG stocks. That fact, Cramer asserts, makes the stock cheap.

However, not everyone agrees that the two stocks provide a buying opportunity. Some consider Apple’s purported reasons for dominance on its app to be empty grandstanding about privacy as a fundamental human right. Others take it a step further, characterizing Apple’s excuses that it’s motivated by the desire to protect its consumers rather than greed as an illusion that is getting harder to sell.

In conclusion, investors are likely to continue monitoring Google’s and Apple’s stocks in tandem with the growing global scrutiny over their business practices.