The European Central Bank meets today to decide whether or not to change the Euro interest rate and to provide guidance on the organization’s plans for quantitative easing. At present, the ECB has instituted a negative deposit rate, meaning that it charges banks to store excess cash, making it cheaper to lend money than to save it. The EUR/USD dropped by 0.1% on Thursday morning. 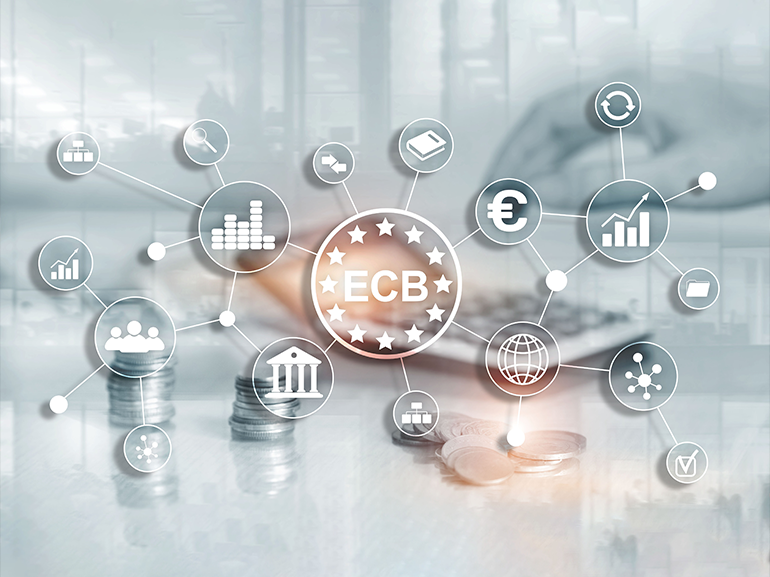 When the ECB decision is released later today, analysts expect a continuation of historically low interest rates. ECB President, Christine Lagarde, may use this time to stress the ECB’s commitment to making money cheap as Europe continues to fight against surges in COVID-19 infections in several countries, including France, Germany and Spain despite dramatic improvements in vaccination rates.The ECB has already announced plans to dramatically increase its Pandemic Emergency Bond Purchasing Programme (PEPP). This plan includes buying government bonds to help promote inflation and economic growth. The 1.85 trillion euro spending package is set to expire in March 2022.

Lagarde has stated previously that concerns regarding inflation are temporary and that an ultra-loose monetary policy will remain in effect until inflation nears, but remains below 2 percent. In March, Eurozone inflation climbed to 1.3 percent, partly due to higher energy prices.

One signal that stimulus further work may be necessary is the increasing rate of COVID-19 infections in some of the Eurozone’s major economies - Germany, France and Spain. Each has reimposed travel restrictions and lockdowns to try and curb the disease, possibly due to more contagious variants spreading throughout the continent. These restrictions could have a chilling effect on Q2 2021 growth prospects for Europe’s overall economy.

The U.K.’s Growth Outlook Improves as Its Economy Reopens

Across the Channel, the U.K. is seeing a striking improvement in its growth after the re-opening of the economy on April 12. Private indicators and high-frequency data like credit card spending and hotel bookings are showing an uptick in spending after entertainment and commerce venues such as pubs, restaurants and shops received the green light to resume business. According to new data published on Wednesday, the country’s 2021 growth projections have now risen to 5.7 percent, up from 4.8% in March. The EUR/GBP rose by 0.1% yesterday and the FTSE 100 (UK 100) was up by more than 0.2%.

However, some analysts warn that the recovery may not be as strong as the high-frequency data projects. For instance, although London restaurant bookings are up by nearly double in comparison to the weekend when the economy reopened after the first lockdown, part of this may be due to a change in culture where reservations have become mandatory due to the pandemic. Therefore, this may no longer be a valid way to gauge an uptrend in spending.

As the ECB tries to balance Europe’s fragile economic recovery against inflation, it remains to be seen how this will impact future rate decisions.