After the beginning of the week’s precipitous drops in Indices from New York to Tokyo, stock markets showed a significant rally yesterday over the course of trading. While Omicron’s spread across the globe has not yet been arrested, traders bought the dip after three losing trading sessions in a row. While this pattern of a sharp fall in the stock markets followed by a recovery may have already become familiar to market watchers since the COVID-19 virus was first discovered, many may now be asking themselves whether this week’s turnaround is different. 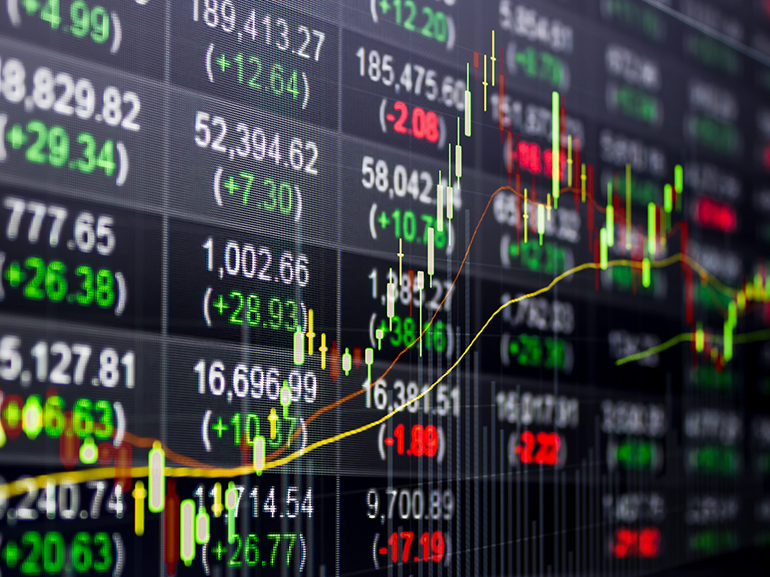 Over the past twenty-two months, virologists and common citizens alike have had to refresh their knowledge of the Greek alphabet. The novel coronavirus’ first strain, Alpha, brought lockdowns, economic turmoil, and market crashes in its wake as it spread from continent to continent. Over the course of little more than a month from February to March 2020, as COVID’s true potential damage to human health was beginning to be grasped, the S&P 500 (USA 500) lost over a third of its value.

By April 2020, one out of every seven American workers was out of work, and many were predicting that the economy would not return to its pre-pandemic state for years to come. However, throughout the spring and summer key indices climbed back up. By mid-August, the S&P 500 had already exceeded its February high. The Dow Jones Industrial Index (USA 30), although it shared the S&P 500’s general upward trend in the first six months of the pandemic, took until after the election season’s volatility was over to reach its February trading levels.

In contrast, the tech-heavy Nasdaq Composite took even less time to recover its pre-COVID glory. By the second week of June 2020, tech stocks pushed this index even higher than it had been before lockdowns began. This was due to the fact that over the course of the first year of the pandemic, the technology sector was seen to benefit from stay-at-home orders across the industrialised world, which pumped up both online retail and demand for computing power.

This has been one enduring motif observed on the markets not just at the pandemic’s beginning, but throughout–tech’s resilience. For example, since March 2020, NVIDIA (NVDA) has more than quadrupled in share value, and Amazon (AMZN) has gone up by 75%. As demand for their services and products remain high, many see these and other companies, such as Alphabet (GOOG) and Meta (FB), continuing to be the wind in the Nasdaq’s sails.

As the full scope of COVID-19’s economic impact was grasped, the U.S. government adopted the policy of keeping interest rates low while making financial grants to citizens, which may have mitigated the aforementioned damage.

As the pandemic continued into 2021, the markets continued their unsteady climb, with investors encouraged by the implementation of vaccination programs even as case numbers continued to climb. The first half of 2021 was the S&P 500’s best six-month period since before the pandemic, and by August, President Biden’s mammoth infrastructure spending bill as well as rebounding Oil (CL) demand was pushing the Dow to record highs as well.

However, when the Delta variant hit the market and began its spread, key New York indices were pulled down by risk-wary investors yet again. From the first week of September to the first week of October, the S&P 500 fell by 5.2%. Delta didn’t spare the Dow or Nasdaq either, which registered falls of 4% and 7.2% respectively over the same period.

Once again, the markets eventually came to a new equilibrium with the virus, and, with interest rates staying low, they climbed back up. Now that the coronavirus has produced yet another viral variant that’s causing turmoil all over the globe, many traders may be feeling a sense of deja vu.

Omicron’s been in the news for less than a month, but it’s already had an impact on stock values. The S&P 500, Dow, and Nasdaq all saw drops that began last Friday, with especially sharp drops over Monday’s trading session.

However, yesterday saw a rally that recovered Monday’s losses. The S&P jumped by just under 1.8%, and the Dow and Nasdaq (US-TECH 100) more than recouped losses as well, with bumps of 1.6% and 2.4% respectively. Some analysts are positing that the by-now-familiar cycle of a new variant causing a fall, followed by a climb back up, may be growing shorter. Key indices took less time to recover from Delta’s hit than they did from Alpha; by this theory, the Omicron induced-drop that began two weeks ago may shortly seem like just a blip on the trader’s radar.

However, it is difficult to assume that the linear trend of lower recovery times for the stock markets will continue into the future. The world, and the markets themselves, are not in the same state as they were when the coronavirus first began spreading.

On the positive end, vaccination rates may be mitigating the spread and severity of this newest virus variant. President Biden has indicated that the U.S. will pursue the encouragement of vaccines and testing for the virus rather than implementing lockdown measures, which would most likely weigh heavy on the American economy going into the holiday season.

Conversely, one key factor to which some attribute the past year-and-a-half’s economic recovery has recently shifted–interest rates. Throughout the course of the pandemic, central banks have kept lending interest rates low to encourage spending and keep the consumer economy afloat. However, both the Bank of England and the United States Federal Reserve have recently changed course on monetary policy due to runaway inflation, announcing that interest rates will be raised starting next year in both countries.

So far, the tightening of monetary policy doesn’t seem to be slowing down the aforementioned indices’ bounce back from Monday’s fall. Investors may have been looking to buy the dip, or they might be feeling encouraged by top U.S. officials indicating that this time on the COVID variant merry-go-round won’t impede economic growth as much as previous ones.

However, as we’ve all learned since March 2020, both the coronavirus and the stock market’s reaction to it can be full of surprises. It will take more observation of the COVID-19 virus and the indices themselves before we can fully judge whether Omicron will leave less of an impact on the markets and our lives than Delta and Alpha.