Stocks of Delta Air Lines (DAL) recorded a 5.8% decline at Wednesday’s close in New York. That fall was both the sharpest among all components of the S&P 500 Index on Wednesday and the airliner’s worst performance in a year. The selloff came after the company’s management warned that the “dramatic” rise in the costs of fuel is likely to cut into profits for the next quarter. 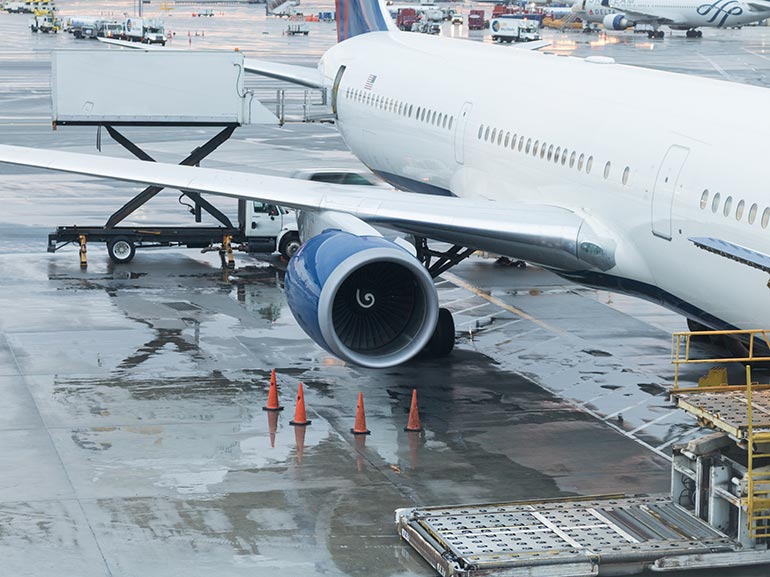 As for this quarter, Delta posted its first aid-free quarterly profit since COVID-19 became a pandemic. Net income for the third quarter, excluding the $1.3 billion government aid, registered at $194 million. Divided among the company’s outstanding shares, the company posted earnings per share of $0.3, considerably higher than the 17 cents a share some analysts had expected. These earnings were derived from an $8.3 billion estimate, slightly less than the $8.45 analysts estimated.

Third-quarter results greatly increased since last year. Then, the company reported a massive near-$7 billion pre-tax loss. Thanks to the wide scale of inoculations, there are fewer restrictions and travel and people may be more comfortable flying. Delta is at 71% capacity, with passenger revenue up 63% since 2019, a figure Delta CEO Ed Bastian expects may reach 75% before the year is out as Americans travel for the holidays.

However, despite the company’s significant positive turnaround, its stock was the worst performer on the S&P 500 Index because of weak guidance. Bastian explained that jet fuel prices “escalated dramatically over the last year,” rising 60%. This could make it difficult for his company to turn a profit in the following quarter.

Is Delta Providing a Glimpse Into Other Airliners’ Future Earnings?

The question that may now be on some investors’ minds is whether Delta could be providing a leading indicator for the industry as a whole. Given that this is the first major airliner releasing its quarterly corporate results, it is reasonable to expect that other major airliners’ profits ahead may be squeezed by the sharp increase in fuel costs.

Goldman Sachs (GS) downgraded American Airlines (AAL) and JetBlue Airways (JBLU) on October 6th, as the investment bank expects investors will be disappointed in the broader sector in the following months. The first reason on Goldman Sachs’s list for the slower-than-expected profitability is higher fuel prices.

American Airlines declined 3.35% on Wednesday, placing it as the 6th worst performer on the S&P 500 Index. The company is expected to report earnings on October 21st before the opening bell. The report will reflect corporate results for the quarter ending in September 2021. The EPS forecast is $-1.2, according to Zack’s Investment Research. While this number is in negative territory, it is considerably higher than the $-5.54 EPS reported for the same quarter last year.

JetBlue Airways, which is traded on the NASDAQ, fell 3.16% on Wednesday. JetBlue is expected to release its corporate results on October 26th. The consensus EPS forecast for the quarter is $0.19. Like the American Airlines EPS, it is in the negative but much higher than the $-1.75 the company registered in the corresponding quarter one year ago.

To summarize, Delta dropped more than any other company on the S&P 500 Index in its steepest price fall in a year. The company’s CEO blames the “dramatically” escalating fuel prices. As the first major airliner to release earnings this quarter, could Delta’s decline be seen as a warning regarding the sector? Goldman Sachs thinks so, as it downgraded Jetblue Airways and American Airlines. On the positive side, Delta’s CEO expects that increasing vaccination will get more people to travel. Fuel prices may also ease. Perhaps the earnings results of more airliners, such as American Airlines and Jetblue Airways will provide more information to help investors gauge the sector as a whole.