Markets of various asset classes have been on a rollercoaster ride so far this year, from Shares to Commodities. Now it seems that digital coins are getting in on the trend, with major Cryptos having lost significant chunks of their value over the past two days. According to many experts, these latest losses could be attributed to the widespread mood of risk aversion observed among traders all over the world recently. 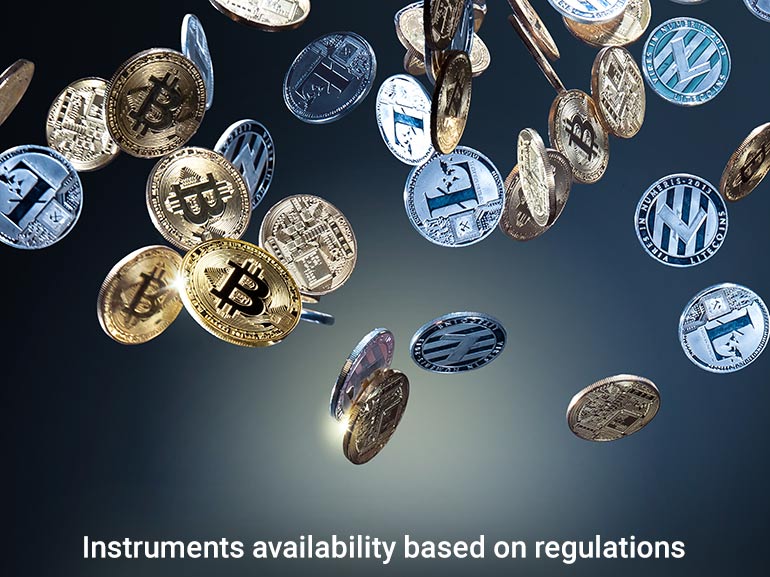 Prevailing assumptions regarding the ‘natural’ trading behaviour of digital currencies have come under increasing scrutiny over the course of the past two years. While major Indices have struggled to maintain stability, many of Crypto’s biggest proponents posited that this relatively new asset class would prove to be a more secure store of value, given that they are supposedly relatively sheltered from the vagaries of national monetary policies.

However, it is becoming increasingly clear, in the eyes of some, that this hypothesis regarding Cryptocurrencies’ trading trends has not been borne out by the data. While digital coins as a whole are little more than a decade old, according to some analysts, this particular market sector is in a process of ‘maturation’.

What this means in practice is that rather than holding their value when wider drops in the stock market are observed, Cryptocurrencies tend to move in tandem with broader macroeconomic rises and falls. This growing tendency has come to the fore in ever more strength during the course of the COVID-19 pandemic. While the correlation between the S&P 500 (USA 500) and the value of Bitcoin is not 1, the International Monetary Fund released a report earlier this year showing that this relation has been on a steep rise over the past five years.

These data points show that rather than acting as a safe haven asset, like Gold (XAU) or Silver (XAG), Cryptocurrency trading behaviour is more akin to that of so-called ‘risky assets’, like technology or growth shares, which usually decline in times of volatility.

Because of this growing understanding, it may not come as a surprise that wider stock movements might be pushing Crypto onto a downward slope. Over the course of recent trading sessions, markets as a whole from Tokyo to New York have been on a downturn. The reasons for this are complex, ranging from geopolitical volatility sparked by the conflict in Ukraine to continuing supply chain issues.

However, the most recent proximate cause for these latest market retreats is sourced by many in the high inflation and low consumer sentiment levels seen in the United States. Following the release of this Bureau of Labor Statistics data last Friday, major New York Indices dropped sharply, pulling East Asian markets down with them yesterday.

It seems that the risk-averse market mood has not been limited to the physical trading floors of Wall Street. In keeping with the rising correlation between the fortunes of traditional shares and digital coins, Cryptocurrencies showed steep drops in value yesterday. Analysts are attributing this to a spreading desire among investors to offload assets seen as less secure in the face of continued uncertainty regarding the economy’s overall near-term prospects.

Yesterday, Bitcoin (BTCUSD), the largest crypto coin by market capitalisation, dropped by more than 15%, reaching its lowest value since December 2020. While, as of the time of writing, this premiere Cryptocurrency is again on the rise, it has yet to break the $23,000 mark last seen a year and a half ago.

Losses have not been limited to the most popular token; Ethereum (ETHUSD) and Litecoin (LTCUSD) both registered negative results yesterday as well, falling by 15.7% and 9.3% respectively. In addition, the Crypto 10 Index (Crypto 10), which tracks the performance of the top 10 digital coins available to traders, fell 12.6% on Monday.

While Crypto traders may be buying the dip early Tuesday morning, prevailing trends do not seem to be moving in this asset class’ favour at the moment. With inflation having risen beyond experts’ predictions in May, market consensus is that the Federal Open Market Committee will move to aggressively raise interest rates following the conclusion of the organisation’s summit this afternoon, which could have unforeseen effects on the markets as a whole. The story of how digital coins will react to seemingly intransient inflation as well as the hawkish trend influencing global monetary policy has yet to be written.