The price of Crude Oil (CL) surpassed on Monday the $80 mark, for the first time since October 31st, 2014, rendering the current price to be the highest in nearly 7 years. This Monday saw Crude Oil’s price advancing for the eighth week in a row, its longest winning streak since December 2013. It is noteworthy that the price managed to keep climbing, even at times that Crude Oil stockpiles climbed by significant amounts, and American Oil output rose, as well.

The Energy Information Administration (EIA) reported last week, on October 6th, that Crude Oil increased in the previous week to 420.9 million barrels, a rise of 2.3 million barrels. Not only did supply increase, which would have presumably lowered the price for the commodity, but it followed analysts’ forecast that stockpiles will remain little changed. In other words, more supply than expected tends to lead to a selloff, and naturally, lower prices. Why, then, did Oil’s price continue to climb, even as inventory rose, despite expectations that stockpiles will remain flat?

Perhaps the reason Oil’s price rose despite an increase in stockpiles could be due to a lower starting point. Even after the growth in stored Oil barrels, the quantity is 7% below the five-year average, the EIA pointed out. 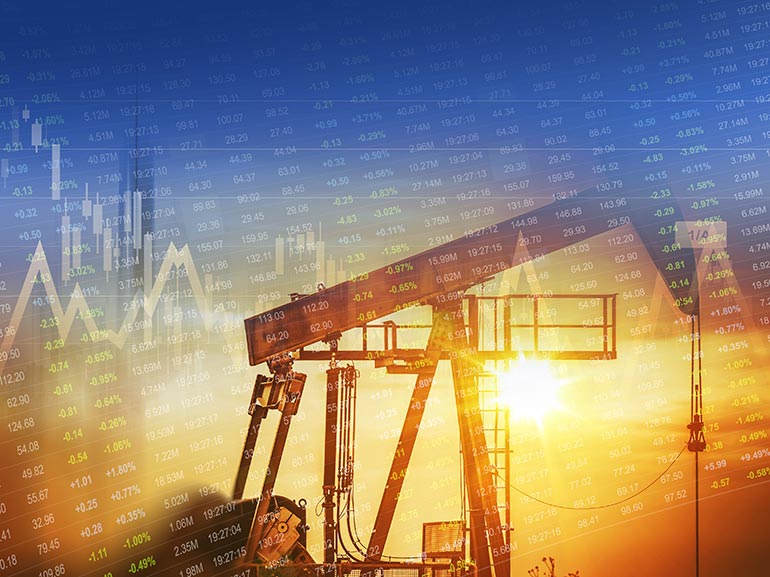 Another energy-related commodity that has been on the uptick, despite rising production, is Gasoline (RB). Inventories of Gasoline swelled by 3.3 million barrels, bringing the stockpile to 225.1 million barrels. Again, not only did the price rise despite increasing supply, but investors bid up gasoline contracts after analysts noted that stockpiles will actually fall by 200,000 barrels from one week earlier. This apparently counterintuitive reaction of the price to expectation is even seemingly more out of place than with Oil, where investors were told that inventories will remain unchanged. In the gasoline market, they expected supply to fall, and even though they rose, investors apparently still thought it was a good idea to bid up prices, pushing Gasoline prices higher for the third consecutive week.

What Is Behind These Rallies?

In the supply and demand equation, supply has been falling, while demand has been rising.

The world is facing a shortage of energy in the post-pandemic market. China is rationing electricity. In Europe, the price of Natural Gas has risen by at least 500% since a year ago. India is coming to the point of using the last of its coal, and regular gasoline price in the United States was averaging $3.25 on Friday, almost double since April when the price was just $1.72.

A number of conditions are likely to have affected this market situation. However, the main one is seen to be the pandemic. Companies stopped spending money on producing coal, Oil and gas during the pandemic. Additional reasons could be:

Where Are Oil Prices Headed to Next?

There is the view that after surpassing the psychological level of $80 for the first time in almost 7 years, momentum will keep the rally going. Also, some industries are changing from high-priced gas to Oil, which should further increase demand for Oil. Some are calling for a rally to $100 per barrel.

On the other hand, OPEC+ may yet decide to increase output. Also, after neglecting coal, gas and Oil, companies are rushing to catch up. Increased production may temper the rally in the price.

While the market conditions have created a situation that is pushing Oil prices higher, it’s impossible to know whether Oil prices will keep climbing.