The China A50 (CN) index - which tracks the performance of the top 50 company stocks listed on the Shanghai Stock Exchange and the Shenzhen Stock Exchange - was down more than 0.17% on Monday. 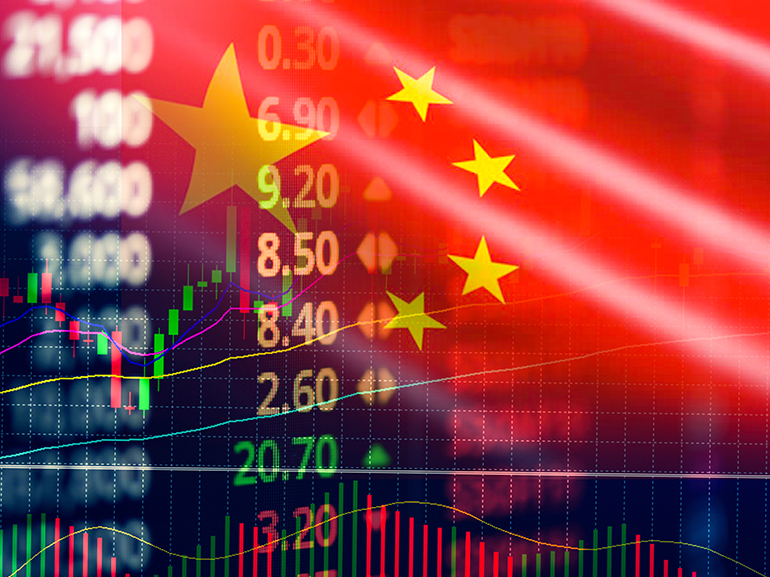 Stocks in Asia entered a downturn as a Chinese regulatory clampdown remained in the headlines. The government in the world’s second-largest economy appears to some market observers to be seeking to limit business expansion. Beijing, however, characterizes their intentions as intending to control “savage growth.”  Either way, investors may be concerned that the risk of government disruption compounds the elevated danger a slowing economy may pose. After the Fed recently warned that the world’s largest economy has “downshifted” its activity, the already fragile global recovery is also being weighed down by continued interruption to growth by Chinese officials.

Some of the biggest losses were by the Hong-Kong listed Alibaba (BABA), whose stocks lost almost 4.25% of value on Monday. The selloff was said to follow a news report that the government aims to dismantle Ant Group’s Alipay, enforcing the development of a loan app as a separate entity. The government has been seen to target Ali Baba and its founder Jack Ma for some time now, in what some see as a power struggle between Jack Ma, a revolutionary entrepreneur, and traditional banks in China.

Another Hong Kong-listed company that was sold off amid the regulatory crackdown was Tencent (0700.HK), down nearly 1.4% on Monday. This decline followed an announcement on Monday by the country’s industry ministry. The ministry instructed internet companies in the country to cease their policy of stopping each other’s links from appearing on their sites. The government threatened to penalize companies that don’t follow this requirement.

Meituan (3690.HK), a third internet powerhouse that declined by more than 4.5% on Monday, over the same concerns that Beijing will interfere in the shopping platform’s business, which includes entertainment, dining, shipping, travel and other services. Meituan investors may have already lost patience with the company after it reported third-quarter losses and warned of antitrust fines. Nevertheless, at the time, investors brushed off the antitrust investigation, as the company’s sales beat expectations. Meituan is the country’s biggest food delivery platform, and its sales reached 43.8 billion yuan ($6.8 billion) for the quarter ending in June, beating the 42.4 billion yuan ($6.5 billion) average of analyst forecasts. However, as already mentioned, the company posted an overall loss, its third consecutive one. That disappointment may be catching up with the company now, amid the new risk that tightening regulations will further impede on the company’s growth. Also, a part of Meituan’s near-5 percent fall could be due to a loss of faith over its ability to repay loans. Fitch Ratings has downgraded Meituan to BBB- from BBB. The credit rating agency added that the outlook remains negative.

Mixed Signals Regarding the Dip

So will this decline continue, or is this an opportunity to buy stocks at cheaper prices? Some are advocating to buy the dip, and recommend certain stocks in particular: those that provide the most value after having taken a beating, such as Tencent and Meituan. Analysts expect their rise to be ensured in the long-term due to China’s domestic consumption-powerful growth. Moreover, some analysts assert that experienced investors have been accumulating technology stock specifically during the selloff this year.

Having said that, even if the world’s second-largest economy pushes these stocks higher in the long-term, timing is always the challenge, and they could very well continue to be traded at lower prices for the time being.