Over the weekend, Cryptocurrencies got hit by a series of selloffs that pushed their value down significantly. Although crypto veterans may have become accustomed to the various currencies’ ups and downs, the sharp drop of recent days still surprised many. They may now be wondering in which direction Bitcoin (BTCUSD), Ethereum (ETHUSD), and others may be headed next. 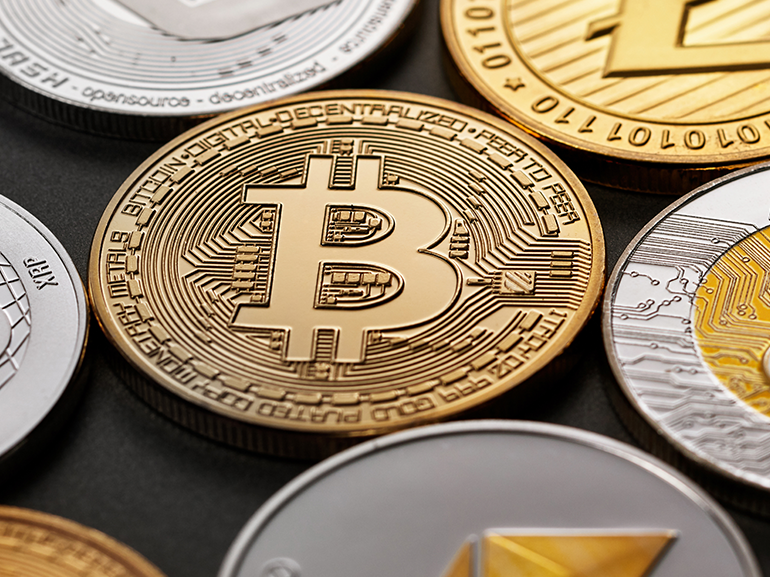 What Caused the Weekend Drop?

Cryptocurrencies may have just proved to be the latest victims of the economic turmoil caused by COVID-19’s Omicron variant. Last Friday, stock markets dropped in the wake of spreading concerns about a further escalation of the coronavirus epidemic. The general mood on the market seems to be risk-averse; with the near-term economic outlook seemingly so uncertain, traders may be looking to shift their assets into less risky investment areas.

A further factor that may have led to the crypto selloff is related to government action rather than the pandemic. Concern regarding the Federal Reserve’s potential steps to fight inflation have cast a shadow over the market as a whole, but rumors that the U.S. government may move to enforce stricter regulations on Cryptocurrency trading might have come as an unwelcome shock to many. One well-known investor, Louis Navellier, even predicts that Bitcoin could fall below $14,000 if the United States central bank takes steps to ‘taper’ the crypto market.

Liquidity, the facility with which digital coins can be converted into other assets, is a crucial facet of cryptocurrency exchanges. Due to the fact that there are generally fewer people trading Cryptocurrencies on the weekend, the crypto market suffers from much lower liquidity than during the week. With the ‘buffer zone’ of extra liquidity gone, the pump was primed for crypto to get hit by a selloff. Jason Lau, CEO of the crypto exchange Okcoin, opines that the market ‘thinness’ was a prime factor behind last weekend’s declines being so drastic. As of Sunday, the crypto market’s total capitalisation had dropped by over $300 billion from its November peak.

Another underlying factor that did Cryptocurrencies no favours was the leveraged state of the market. Crypto’s rise in value has been fueled in part by borrowed money and leveraged derivatives positions. A large number of investors use digital coins as margin collateral, so when crypto prices drop, loans to derivatives traders are negatively affected as well. Thus, the ripple effect of price drops leads to increased volatility among Cryptocurrencies.

The combination of wider macroeconomic factors, along with liquidity and leverage complications on the crypto market created a perfect storm for the weekend’s drop.

Bitcoin, the largest and most well-known digital currency, was among those hit the hardest. From Thursday to Saturday alone, Bitcoin fell by nearly 13%. By Monday morning, Bitcoin had fallen a further 3.7%, trading at just under $47,500. This represents a large decline from its all-time high closing price of $67,650 on November 8th of this year.

Ethereum, the world’s second-largest coin by market value, was not spared either. Ethereum fell by more than nearly 7% over the weekend and is trading at just below $4,000 as of Monday morning.

The Crypto 10 Index (Crypto10), which tracks the prices of the ten most-traded digital coins, including Litecoin and Polkadot (DOTUSD), also dropped by over 11% from Thursday, before the selloff, to Monday morning. This goes to show how hard the market as a whole was hit.

Relatively recently, some were predicting that Bitcoin’s value would hit six digits. In the current market environment, many analysts' predictions have taken a dose of moderation.

As mentioned above, some have predicted a ‘nightmare scenario’ of a massive drop in crypto. This fear is connected to the growing possibility that the central banks of various countries, such as the United States or India, will attempt to regain control over their monetary systems and impose stricter controls on Cryptocurrency trading.

Others, including the president of El Salvador, see the crypto market’s travails over the past few days as a temporary setback. While President Bukele proudly proclaimed that El Salvador was buying the dip Saturday, other crypto watchers were less sanguine about the prospects for Bitcoin and Ethereum to return to November’s high prices.

The COO of a prominent Cryptocurrency hedge fund, Anto Paroian, sees it as a sign of concern that Bitcoin’s value has fallen below its 20-week average. According to Paroian, although Bitcoin has seen drops of 20% or more in the past before recovering, a rising tide of risk avoidance among investors could be leading to a bearish period for the currency. Still, others see Bitcoin settling between $52,000 and $56,000 over the near-term, with a bullish-long term outlook, as the most likely scenario.

After the unexpected price drop of the past few days, crypto watchers hold divided opinions as to where Bitcoin, Ethereum, and other coins such as Solana (SOLUSD) and Litecoin (LTCUSD) are headed over the coming days. With factors such as government legislation, the seemingly endless COVID-19 pandemic, and others at play, time will tell whose predictions are most